10 Ways to Hurt a Pisces Man 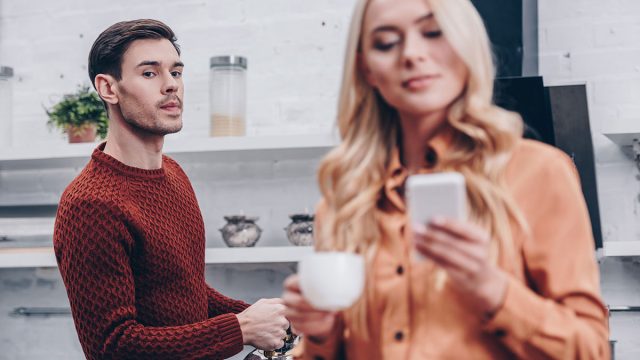 If he has done you wrong and you want to get back at him, you need to know about hurting a Pisces man.

If you’ve seen the bad side of Pisces man, then you know how painful it is when this normally sweet, sensitive sign hurts you.

Either way, you can use his zodiac sign’s typical personality traits to determine the best ways to hurt a Pisces man.

Pisces men are prone to insecurity and self-doubt, and they are also highly sensitive. They need partners who cheer them on, not bring them down.

If you want to know how to destroy a Pisces man emotionally, all you need to do is criticize him.

Point out his character flaws or the things he does incorrectly. You can really hit him where it hurts by bringing up any qualities that he has expressed make him feel embarrassed or ashamed.

For example, if your Pisces guy told you he is self-conscious about his nose, tease him about how strange-looking it is. If he is a musician, tell him that his music is trite and unoriginal.

It hurts your Pisces man deeply to be criticized, especially by someone he loves and respects.

When a Pisces man commits to a woman, he is completely loyal and devoted to her. He is loyal and generous in all of his relationships, including his family, friends, or romantic partners.

He expects the same level of commitment in return, so nothing hurts a Pisces man more than infidelity or betrayal.

Let a Pisces man chase you, and encourage him and lead him on. Allow him to think that you reciprocate his feelings and that you’re not seeing anyone else.

Then, post pictures on your social media of you holding hands with another guy or sitting on his lap.

Act surprised when your Pisces man confronts you, saying that you didn’t realize the relationship was so serious or that you were supposed to be dating exclusively.

It will hurt your Pisces man to realize that he’s not as special to you as you are to him, and that other men still have your attention.

3. Don’t Spend Time With Him

When a Pisces man likes you, he will want to spend all of his time with you. He will constantly ask you to hang out or find ways to run into you at social events.

If you want to hurt a Pisces guy, refuse to spend any time alone with him, and don’t make any excuses for why you don’t want to see him.

Don’t tell him that you’re sorry but you’re too busy to see him and don’t promise to make it up to him later. Simply decline his invitations without explanation.

Not only will this make a Pisces man miss you but it will also hurt him.

He will feel rejected and unloved if you don’t want to spend any time with him because that’s what happens when you ignore a Pisces man for too long.

Pisces men are naturally creative and inventive, so they are always coming up with new ideas.

Sometimes their plans are so grandiose that they simply aren’t realistic, and a Pisces guy needs a partner who can help keep him grounded when he gets carried away with his idealistic schemes.

But there is a huge difference between tempering his ideas and rejecting them completely.

When you are trying to hurt your Pisces guy, stifle his imagination by telling him that his dreams are stupid and impractical.

Make him feel dumb and useless by squashing his ideas, and you are sure to hurt your Pisces man’s feelings.

Every sign of the zodiac has a symbol, typically an animal, that reveals something significant about that sign’s values and personality.

Pisces is symbolized by the fish, which tells us that Pisces men are very easy-going and laid-back.

Just like a fish, they are happy to go with the flow and swim along with the currents or wherever their school of fish is going.

Being so accommodating makes Pisces men very easy to be around, but it also makes them susceptible to manipulation and control.

You can hurt a Pisces guy by bossing him around and trying to control him. He is naturally independent and free-spirited, but he will try to do your bidding to please you.

Eventually, your Pisces man will get hurt when he feels like he is losing himself because he allowed himself to be dominated and controlled.

6. Take Advantage of His Generosity

Pisces men are super generous with their loved ones. They use several love languages, and giving gifts is one of them.

You can almost always expect a Pisces man to pay for dates, and he will probably bring you flowers or a gift to the date, too.

If he showers you with tokens of his affection and spares no expense on you, it’s one of the signs a Pisces man is in love with you.

You can hurt him by taking advantage of his generosity. Instead of being grateful and showing him how much you appreciate him, just keep demanding more and more from your Pisces guy.

Ask him to buy you things, never pull out your wallet and offer to pay, and never say thank you.

Your Pisces man is magnanimous and dislikes confrontation, so you can get away with this behavior for a while before he calls you out on it. It will hurt him to feel used and taken for granted.

Because he is so sensitive and emotional, a Pisces man needs a partner who is gentle and aware of his feelings.

He can’t handle harsh or cruel words, and he hates it when his partner doesn’t notice when he’s feeling sad or angry.

When you want to hurt his feelings, ignore your Pisces man’s emotions. If he cries, don’t ask him what’s wrong or try to make him feel better.

If he is angry or has a problem, tell him to deal with it on his own and not to bother you.

Leaving him to handle his emotions on his own makes a Pisces man feel hurt, unloved, and lonely.

If you’re asking yourself, “Do Pisces feel bad when they hurt someone?” The answer is yes, absolutely.

One of the easiest ways to hurt a Pisces guy is to make him feel guilty. If he has done something wrong, shove it in his face and never let him forget it.

If you’re not sure how to make a Pisces man feel guilty, show him how much he has hurt you.

Don’t hold back your emotions. Cry in front of him, tell him that he has traumatized you, and say that you’re not sure you can look at him the same way again after what he’s done.

Pisces men are highly compassionate and empathetic, so it hurts him to see you in pain. It hurts him, even more, to think that he is the one who caused your suffering.

9. Give Him the Silent Treatment

When you really want to hurt his feelings, trying giving your Pisces man the silent treatment.

A Pisces guy can be flaky and absent-minded, so if he doesn’t respond to your texts, it probably just means that he’s busy or he forgot.

But when a Pisces guy goes days without talking to you and never gets back to you, it’s a clear sign that he’s mad or doesn’t like you.

If you give your Pisces guy the silent treatment, he will know that something is wrong and it will fill him with sadness and anxiety.

He will keep calling and texting you, hoping to resolve whatever problem there is between you two.

You can drive your Pisces guy crazy and hurt his feelings by simply blocking his number and ignoring him.

10. Tell Him He’s Too Sensitive

Pisces men are very sensitive and emotional, but they usually don’t feel self-conscious about it.

They are self-aware and don’t think that expressing feelings is a sign of weakness, unlike some other zodiac signs.

But a Pisces man hates it when others use his sensitivity against him. You can hurt your Pisces guy by emasculating him based on his compassionate and sympathetic nature.

When your Pisces man tells you how he feels or expresses his emotions, tell him that he’s too sensitive and that he’s not acting like a man.

Make him feel weak and inferior, and tell your mutual friends that you’re just not sure if your Pisces guy is tough enough for you.

When you take one of his best traits and turn it into something negative, it’s a guaranteed way to hit your Pisces man where it hurts.