10 Ways to Hurt a Libra Man 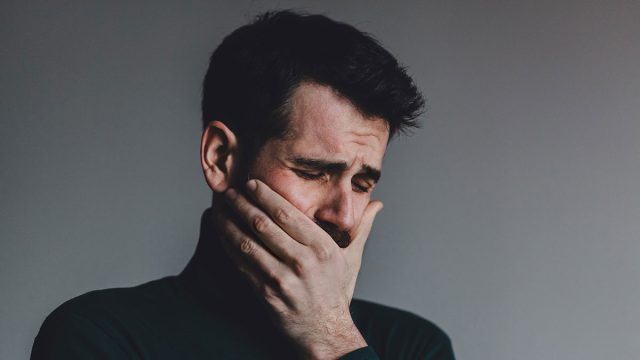 Hurting a Libra man is easy. What is harder is getting him to trust you again after.

Be sure this is really what you want to do. He loves to keep the peace, but won’t tolerate being mistreated.

If you’re wondering what to do when a Libra man is mad at you, you may fantasize about revenge. If you’re planning to hurt a Libra man as retribution, be careful.

A Libra man may gloss over small insults, but he will grow distance. He may start to detach and eventually let go altogether. If you understand Libra traits, you can easily hurt him.

When a Libra man is mad at you, he may try to hide it. When he acts on anger, it’s too late. You’ve already done something to hurt your Libra love interest.

Why do Libras ignore you? It could be a normal attempt at finding balance after you’ve spent a lot of time together. It could also be he’s upset with you. When a Libra man ignores you, you may have hurt him.

If you can’t think of anything you’ve done to warrant his anger, consider whether you’ve hurt people he cares about. Intentionally or not, if you’ve offended his friends, you’ll hurt a Libra man. When you understand a Libra’s personality, you’ll know how much this hurts him.

He is highly sensitive. When you hurt a Libra man by offending his friends, he may never forgive you. A Libra man will hold a grudge especially if you insulted his friends by showing ignorance or bias.

He is sensitive to equality and fairness. If you really want to hurt a Libra man, say or do something offensive to his friends. In fact, if you act in a way that would offend anyone, you’ll upset a Libra man.

2. Insult His Music or Art

A Libra, when sad, will first try to appease you and create harmony in his relationship with you. He tries to avoid conflict as much as possible. If you want to hurt him, insult his music or art.

He’s a creative, sensitive and inspired person. If you make fun of the songs or poetry he writes or criticize his paintings, you can deeply hurt a Libra man.

He may try to find validation at first. He’ll try to get you to see the value in what he creates. He will seek your approval and acceptance. When he doesn’t get it, he may shut down.

Do this often enough and you won’t have to wonder how to know when a Libra man is done with you. He’ll make it abundantly clear. He won’t tolerate excessive insults.

3. Compare Him to Your Ex

If you’re looking for an easy action that packs a punch and will really hurt a Libra guy, compare him to your ex. If you want to throw in some gaslighting for good measure, make these comments casually.

When he gets upset, act surprised. Remind him that your ex was a part of your life and you can’t be expected to forget all about him just because you’re not together anymore. Let him know your ex excelled at things he struggles with.

This will trigger his jealousy and hurt his feelings. It may be a fruitless effort, though. A Libra man put through this emotional turmoil won’t stick around. You’ll hurt him, but at a high cost.

4. Flirt with Other Guys

If you want to be subtle, compare him to your ex. If you want a more obvious way to make your Libra man feel crushed, flirt with other guys. Don’t bother to hide it.

If he gets upset, try to distort the situation so that he doubts his own perceptions. This will not only hurt a Libra man, it will ensure he loses interest in the relationship, fast.

Only do this if you’re trying to hurt him and push him away for good. If you are trying to get a Libra man to chase you, this will fail every time. A Libra man won’t respond well to being made jealous.

Downplay your actions when he confronts you. Keep him doubting himself and remind him that you can easily get attention from other guys. These things will hurt him but will also send him running.

If you’re wondering what happens when a Libra is mad at you, you won’t have to wait long to find out. You’ll see Libra anger traits just before he closes the door for good.

If you understand his personality, you’ll know how important a Libra man’s dreams are to him. If you want to hurt a Libra man, criticize his bigger dreams. Call him unrealistic.

Be dismissive toward his goals. Criticize him when he talks about his dreams to be a famous writer, artist or musician. When he shares his vision with you, point out everything that won’t work.

Be cynical, sarcastic and filled with doubts. The more you infuse such negativity into your interactions with a Libra man, the more you’ll hurt him personally.

He’ll be upset because he thought he could count on you for inspiration and support. He will be devastated to lose you as a source of validation. Plus, you’ll hurt him immensely.

If you want another subtle way to hurt a Libra man, downplay his ideals. Tell him he’s being immature when he gets impassioned about a social justice issue.

Blow off his ideals as unrealistic or accuse him of living in a fantasy world. Remind him that the “real world” doesn’t work that way and be dismissive of his desire for fairness and equality.

You’ll hurt a Libra man by doing this, but you’ll also anger him in the process. He’ll push back and argue with you. He does this because equality is so important to him.

Only do this if you are certain you want to lose him and ruin the relationship. This will hurt him, and he won’t try to change your mind. He’ll more likely cut you off altogether.

7. Be Judgmental of Him or Others

If you really want to hurt a Libra man, judge him. Don’t stop with him, be judgmental toward his friends and family. Criticize his friends as well.

While you’re on a negative spin, show as much criticism and judgment for complete strangers as you can. The more you are condescending, dogmatic and negative, the more you’ll insult and hurt a Libra man.

This is not something to do if you want him to forgive you any time soon, though. Save this tactic only for times when you want to hurt him and push him away for good.

Libra men can be flighty and it’s not unusual for a Libra guy to cancel plans now and then. If you change plans at the last minute once or twice, he’ll be forgiving.

But if you do so all the time, at the very last minute, he’ll be hurt. Add an extra sting by just standing him up altogether. Leave him waiting without explanation.

If you cancel plans to the theater, an art gallery or concert he’s been looking forward to, you’ll definitely hurt his feelings. This is a tame tactic, though.

Your Libra man will at first pretend he’s fine with it. He’ll try to be extra understanding and polite. So if you want to hurt him without losing him, this is the way to go.

He’ll be upset and it will definitely get his attention. If you really just want to get him to focus on you more, this should do the trick. Canceling on him hurts him but it doesn’t offend him personally.

He’ll forgive you as he’s tending to his emotional wounds. He will also try to not let you see how much he is upset by your actions. He’ll try to keep the peace instead.

Being ungrateful toward a Libra man will definitely hurt him. In small doses, being ungrateful or complaining rather than thanking him when he does something kind for you will upset him.

If you do it once in a while, he’ll forgive you even though he’s hurt. But if it becomes your constant default mode, he won’t stick around for long. He loathes selfishness and won’t tolerate a lack of gratitude.

If your goal is to hurt him but not end the relationship, use this tactic sparingly. The more it seems like an unexpected surprise, the more it will sting.

Image is important to a Libra man. That is why he goes to such lengths to look and dress his best. It’s also why he goes out of his way to avoid drama.

If you make him feel like a fool in public, you’ll deeply hurt a Libra man. He may forgive you once, but he won’t tolerate this on an ongoing basis.

You can make him feel foolish by making a scene and embarrassing him. You can criticize him in front of others. You can act indifferent to him when he’s being vulnerable and affectionate.

Any time you make him feel foolish, know that you are playing with fire. You’ll hurt a Libra man but you may go too far. He may suddenly leave and not respond to you again.