10 Ways to Hurt an Aries Man 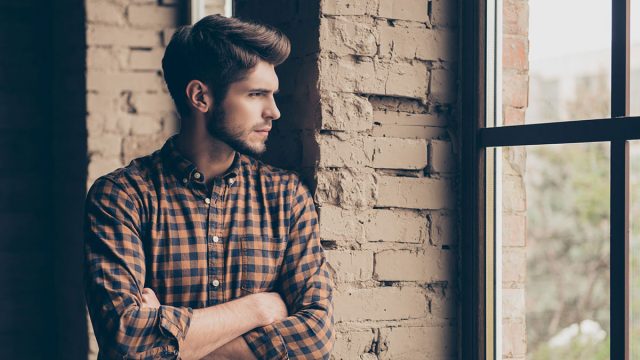 If you’re wondering about hurting an Aries man, you either want to upset him intentionally or you’re hoping to avoid distressing him.

What are the ways to make this zodiac sign feel pain?

Different astrological signs are bothered by different things, so if you want to know how to hurt an Aries guy, you need to know more about his sign.

Does he get hurt when you ignore him or when you smother him? Is he the type to get jealous and feel pain, or is he secure and unworried about other men?

Once you have a better understanding of his astrological sign’s typical personality traits and behaviors in love, you will know what hurts an Aries man.

1. Try to Control Him

Aries men are very independent and they like to think for themselves. They dislike authority and they hate being told what to do.

If you want to hurt an Aries guy, do your best to control him and restrict his freedom. Throw a tantrum when he goes out with the boys without you, or beg him not to travel alone.

The more you try to change him or boss him around, the more suffocated and uncomfortable he will feel.

It hurts him when someone takes away his power, so making him feel impotent is a great way to damage an Aries guy.

2. Be Clingy and Needy

Because they are so fiercely independent, an Aries man is never attracted to a woman who is too needy.

He seeks a lady who is as individualistic and self-supporting as he is, and it makes him feel inadequate and annoyed when his partner is too demanding.

Tell him that he’s not spending enough time with you and that he’s making you feel unloved.

Constantly ask him to do things for you that you could easily do yourself, like bring you a glass of water or take your car to the gas station to fill the tank.

He will feel like maybe he’s not good enough to handle being in a relationship when you act disgruntled and dissatisfied.

Just as he dislikes when other people rely on him too much, an Aries man hates asking for help. He thinks it makes him look weak and he doesn’t want to come off as needy.

If you can manipulate him into asking for help or make him feel like he needs you, it will hurt your self-sufficient Aries guy.

Although he needs plenty of freedom and alone time within a relationship, when an Aries man loves you, he will want to spend as much time with you as possible.

You can easily hurt him by making him feel like he’s the needy one in the relationship. Tell him that he’s being too clingy and you want more time for yourself.

Because an Aries man prides himself on his independence, he will feel hurt and confused when suddenly he’s put in the position of the desperate, needy partner.

An Aries man is touchy about asking for help because he is so self-reliant. You should know that when an Aries man asks for assistance, it’s a huge blow to his ego.

To an Aries guy, the only thing worse than having to ask for help is being refused. When your Aries man is vulnerable enough to make a request, it will cut him deeply if you turn him down.

If he calls you because his car died and he needs someone to come pick him up from the side of the road, tell him you can’t be there for him.

If he asks you to look over his resume for him because he’s looking for a job, say that you really think he should take care of it himself.

It’s hard enough for your Aries guy to ask you for help, so it hurts him even more when you make him beg for it or ask someone else for support.

5. Compare Him to Others

An Aries guy in love is very complimentary of his partner. He knows just how to say the right thing to make her feel special and adored.

He will put you on a pedestal and make you feel like the only girl in the world because that’s how an Aries man shows his love.

An Aries man wants the same treatment in return. He expects his partner to build him up and boost his confidence with words of affirmation when he’s feeling self-conscious.

Aries men are also extremely competitive and they need to be the best at everything they do.

You can hurt an Aries guy not only by putting him down but also by comparing him unfavorably to others, particularly other men.

Take something you know your Aries guy is insecure about and use it against him. For example, if you know he wants a more prestigious job, praise another man’s impressive career in front of him.

If he is self-conscious about his height, tell him that you have only ever dated tall guys before, and going out with someone like him is new for you.

If he’s insecure about how much money he makes, tell him about how your friend’s boyfriend just treated her to a luxurious vacation or bought her an expensive gift.

6. Beat Him at His Own Game

Because they are so competitive, it kills an Aries man when someone is better than him, especially at something he considers his area of expertise.

If you want to hurt an Aries guy, you need to make him feel inadequate by doing better than him at something he loves.

If you are wondering how to beat an Aries man at his own game, you need to first pinpoint his area of weakness.

For example, if he’s proud of how well he plays basketball, you need to shoot some hoops in your free time so that you can win next time he challenges you to a game.

When you beat him, he will get upset and pout because he’s so competitive. You can rub salt in his wounds by boasting about your victory to everyone and calling him a sore loser.

Some zodiac signs like a little jealousy to spice up a relationship, and Aries is one of these signs.

An Aries man doesn’t mind competing for a woman and he loves the thrill of the chase. But if you make him pursue you and then make a fool of him, it will hurt him deeply.

Make him so jealous that he boils liver with rage. Convince him that you’re too good for him and he never should have thought he could have you.

If you want to know how to make an Aries man think of you as out of his league, try flirting with a man who is everything he’s not in front of him.

If your Aries guy is dressed casually, start talking to the man at the bar who is wearing a suit and tie. If your Aries man is insecure about his job, praise another man for his successful career.

Some signs are more dominant than others and need to have control to feel secure. Aries is certainly one of the more controlling signs of the zodiac, and Aries men can be very bossy.

An Aries man is most comfortable in the dominant role in a relationship, so you can hurt him by forcing him into submission.

Once you start to see the signs an Aries man is falling for you, make him feel inferior and like you’re the alpha of the couple.

When you emasculate him and make him feel passive and weak, it hurts an Aries man to his core.

Impatience is perhaps one of an Aries man’s worst traits. He needs instant gratification and it pains him to wait for anything.

You can make your Aries guy sweat and hurt him by making him wait for you. Make plans with him and intentionally show up far past the time you agreed to meet.

If you’re wondering what type of texts to send an Aries man to make him wait, say that you’re on your way and will be there as soon as you can.

Don’t apologize or offer any explanation for your tardiness when he confronts you. Pretend you’re surprised that he’s so upset and tell him that he should learn to be more patient.

You won’t catch an Aries man hiding his feelings because Aries is not a very subtle or self-controlled sign.

He is too impulsive and honest to cover up his emotions, so he’s not the type to give someone the silent treatment when he’s hurt. When an Aries man goes silent, it means he’s done with you.

If you want to drive him crazy and hurt his feelings, all you have to do is shut him out and ignore him completely. This works especially well if you do it unexpectedly for no obvious reason.

He will feel rejected, confused, and disrespected because that’s what happens when you ignore an Aries man.

How to Dress for an Aries ManAre Aries Men Loyal?
Hello, I'm Liz