10 Tips to Get a Cancer Man Back After a Breakup 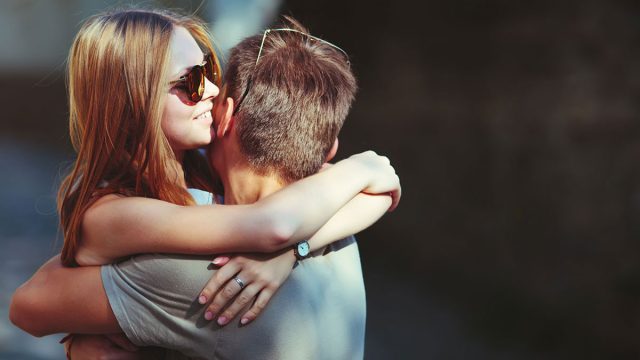 If you ended the relationship too hastily or he just dumped you, you could be trying to get a Cancer man back.

What are some of the best ways to make him miss you and want to take you back?

Cancer men are especially difficult to reconcile with after a breakup because they are so sensitive and can hold a grudge for a long time.

When a Cancer man is done with you, he builds up his emotional walls so high that it’s nearly impossible for you to penetrate them again.

You must look at his zodiac sign’s typical personality traits and learn the ways to open up his heart if you want to know how to win your Cancer man back.

1. Acknowledge the Problems in Your Relationship

If you want to learn how to make a Cancer man come back, the first step is to acknowledge the problems in your relationship.

This isn’t something that you only do for him or to try to win him back. This step is just as important for your personal growth as it is for your relationship.

Take a deep look within and figure out why your romance ended. Was it one isolated incident or a pattern of behavior? Was it something you could have prevented or a lack of compatibility?

Journal, meditate, talk to your friends and family, and maybe see a therapist to determine why your relationship didn’t work.

If you want to get your Cancer man back, you have to acknowledge the problems that came between you in the first place before you can decide to make the necessary changes.

A Cancer man when hurt will not forgive easily, and he will probably never forget what caused your relationship to end in the first place.

If you want to get a Cancer guy back, sweeping your problems under the rug or trying to move on without an apology isn’t going to work.

If he is ever going to forgive you, you need to issue a sincere apology. Don’t just tell him what you think he wants to hear. Take your time planning what to say to show him you are really sorry.

You might want to write out your apology in a letter and read it to him. That way you can make sure that you don’t forget any important points and you can choose your words carefully.

He might not accept your apology right away, and that’s okay. Don’t expect immediate forgiveness; say your apology and then give him some time to think about it.

3. Show Him How You Have Changed

Apologizing verbally and recognizing what went wrong in the relationship isn’t enough to win back a Cancer guy after a breakup.

Words alone aren’t enough to prove to him how sorry you are; you also have to show him through your actions.

This means that your reconciliation probably won’t be immediate. He needs time to rebuild his faith in you and feel safe letting you back into his heart.

If you are wondering how to make a Cancer man want you back, you have to match your actions to your words and prove to him that you’re sorry and you have changed.

Some people try to get their exes back by making them jealous, and for some signs, this is a useful tactic.

Seeing you on the arm of another man after a breakup might make some men so wild with jealousy that they become desperate to get you back.

The typical Cancer man is jealous and possessive, but he is also insecure and non-confrontational. Seeing you with another guy will only make him retreat further from you.

How Cancers deal with breakups is to intentionally avoid running into their exes with someone new. If you want to know how to make a Cancer man chase you, using jealousy as a weapon won’t work in your favor.

Instead, show him that you are focused on working on improving yourself and getting him back, not dating other guys to throw it in his face.

5. Remind Him of the Good Times

If you want to know how to make a Cancer man miss you, you’ve got to remind him of the good times you had together before the relationship went sour.

Bring up happy memories in conversation, send him the photos from a trip you took together, or ask him to remind you of the name of a restaurant you both used to love.

Cancers are naturally nostalgic and sentimental, so they love reliving pleasant memories.

Bringing the good times to the forefront of his mind will help him remember why he fell in love with you in the first place and make him more likely to reconcile with you.

6. Show Your Appreciation for Him

One of the reasons a Cancer man might become so resentful that he ends a relationship is that he feels taken for granted.

Cancers are generous and nurturing, so they love spoiling and taking care of the people they love, especially their partners.

There is nothing a Cancer man won’t do for the woman he loves, whether it’s lavishing her with expensive gifts or showing up for her whenever she calls.

He is happy to do anything for his significant other but gets bitter when his efforts go unappreciated and unrecognized.

Even if you didn’t take your Cancer man’s generosity for granted while you were dating, make an even more concentrated effort now to show him how much you appreciate him.

Tell him how happy it made you when he used to take care of you and how much you admire his generosity with his friends and family.

When he sees that you truly appreciate his giving nature, your Cancer man will feel respected and be more likely to take you back.

When you are trying to reconcile with your Cancer ex, you must be patient and take things slow.

Telling a Cancer man how you feel about him and that you are sorry is the first step to getting him back, but you can’t expect him to immediately forgive you and commit to you again.

Even if he is willing to take you back right away, it’s better for both of you if he takes a little time to fully heal from whatever damage happened between you.

Be his friend first before trying to take things to the next level again in your relationship, and show him that you’re willing to wait as long as he needs for him to feel secure and comfortable with you again.

Let your Cancer man know that you care so much about him that you want him in your life in any capacity, even if you can’t be a couple again just yet.

8. Work to Earn His Trust Back

Each sign of the zodiac has a symbol that encapsulates the typical personality traits of that sign. The symbol for Cancer is the crab, scuttling along the beach with its home on its back.

Just as a crab carries a hard shell everywhere it goes, a Cancer man guards his sensitive heart with a suit of armor. When you lose his trust, he retreats into his shell to avoid getting hurt by you again.

Rebuilding trust is a long and difficult process, but it’s what you will have to do if you want to get back with your Cancer ex.

Show him that he can count on you, that you are honest, and that you won’t jeopardize his trust again, and maybe he will consider taking you back.

9. Give the Reconciliation Your All

When a Cancer man loses interest or is done with a relationship, it’s hard to get him to come back. Not only is he wary of getting hurt again, but he also wants to see a significant effort from you.

Throw yourself into winning your Cancer man back and give the reconciliation your all. Don’t do it half-heartedly just because you are bored or don’t want to stay single.

There is no need to be subtle or coy about your intentions; if he’s going to take you back he needs to see how important the relationship is to you.

You have to convince him that he is the only man for you and that you’re not interested in being with anyone else, no matter how long it takes for him to come back to you.

When a Cancer man apologizes to someone, he sincerely means it and does his best not to make the same mistake again.

He needs to see the same effort out of you and you have to assure him that the relationship will be different if he gives you another chance.

For example, if your relationship ended because you were unfaithful, seeing you flirt with another guy in front of him will raise red flags in your Cancer ex’s mind.

Show him through your words and actions that you learned from your mistakes and that you won’t repeat the same old negative patterns that caused your breakup in the first place.