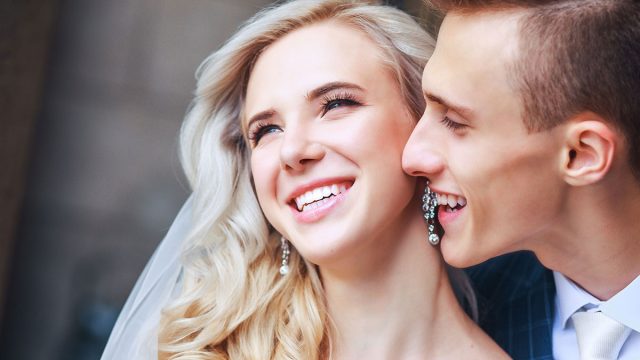 You must be patient if you want a Gemini man to commit to you. He can be impulsive, but typically isn’t about commitment.

Your Gemini man won’t commit unless he’s genuinely ready. Respect that and focus on building your relationship instead of rushing him.

Be open-minded if you want a Gemini man to commit to you. He might not always commit in a “traditional” way like marriage. You might have to adjust some expectations if you want to stay with your Gemini man!

Respect your Gemini man’s freedom, and show him that you’re independent. He doesn’t want to commit to someone who is controlling or overly clingy.

Show your Gemini man that you understand him and love him for who he is. He won’t commit to someone who is in love with a false idea of who he is.

Will a Gemini man commit? Many will, though not all of them will commit exactly as you want them to.

You might have a specific idea in your head of what commitment looks like. Maybe you don’t consider someone genuinely committed to you until you’ve reached a particular milestone, like moving in together or getting married.

Your Gemini man may be ready to commit but not get married. He might never want to get married for one reason or another. For him, marriage may not be necessary for a genuine commitment.

A Gemini man might be entirely committed and loyal to you, but he might still flirt with others occasionally. He may have some exes he’s still friends with. He might commit but not want to share things like finances, or he may even want separate bedrooms!

If your Gemini man’s idea of commitment doesn’t match yours, be open-minded about it. See if you can compromise and find something that works for you both.

If a Gemini man is taking things slow, don’t rush him. He likely has some good reasons if he’s not ready to commit to you yet.

Rushing a Gemini man to commit and do things on your schedule will push him away. If you want to get married right now, but he doesn’t, you can’t force him to do what you want.

Why is a Gemini man slow to commit? Some are afraid of commitment, some want to have fun for a while before settling down, and there are many other reasons why Gemini men find it challenging to commit to someone.

If you know why your Gemini man isn’t ready to commit yet and still try to rush him, he’ll likely break up with you. You’ll get the exact opposite of what you wanted.

Your Gemini man will do things when he’s ready to do them. He likely won’t be as impulsive about your relationship as he is about other things, and you should be happy that he’s trying to take things slow and ensure you’re both doing the right thing.

To make a Gemini man commit to you, you must have realistic expectations for your relationship. If he knows he can’t meet your expectations and give you what you want, he won’t commit.

Your Gemini man won’t want to commit to you if you expect him to change certain aspects of his personality. Those things might change, but you should never expect them to.

If you have expectations that your Gemini man can’t meet, he’ll never commit to you. He’ll likely end the relationship instead.

4. Live In The Moment

Your relationship with a Gemini man will be more successful if you can live in the moment with him. Don’t worry too much about what will or will not happen in the future.

Try to just have fun with your Gemini man and enjoy your relationship. He’ll get overwhelmed and stressed out if all you care about is making future plans, especially if he’s not ready for those things yet.

Show your Gemini man that he can relax and have a good time with you. He might be more likely to commit when he sees that he can enjoy himself with you.

How do you know a Gemini man is committed? He will eventually start talking about the future more. He still prefers to live in the moment, though. He doesn’t want to get too hung up about the future.

Is it hard for Gemini men to commit? It’s difficult for some of them because they don’t want to give up any of their freedom, and it can sometimes feel like they are when they settle down.

Gemini men are incredibly social people. They are also adventurous and curious. They like to go out, explore the world, and meet new people. If your Gemini man thinks he can’t do that with you, he won’t commit.

One of the signs a Gemini man loves you is that he’ll make more time for you and incorporate you into his life. He’ll still want his freedom, even if he enjoys being with you.

Giving your Gemini man his freedom is essential, but you also need to be independent. He doesn’t want a partner who relies on him for everything and can’t be alone.

Show your Gemini man that you can take care of yourself. He’ll support and help you if you need him, but he won’t constantly be with you.

You need to have your own life outside of your Gemini man. He wants to see that you have friends and hobbies separate from him. If you don’t, he might worry about committing to you.

Even if your Gemini man settles down with you, he’ll still want to keep living his own life. He’ll hang out with his friends, go out by himself, and keep up with the interests that he doesn’t share with you.

Your Gemini man won’t stick around if you’re too dependent on him. For him, there is such a thing as a partner who needs too much, and he won’t commit to someone if he doesn’t feel he can meet all her needs.

Gemini men need constant excitement and intellectual stimulation. They want partners who can keep up with them, physically and mentally. If you want your Gemini man to commit, keep him engaged!

Your Gemini man doesn’t want to settle into too much of a routine. He will get bored quickly if you two always do the same things. He won’t want to commit to a lifetime of that.

Mix things up with your Gemini man. When you go on dates, don’t just go to the same place. Branch out and dry new bars, restaurants, and activities.

There will be some routines, of course. You two might have set schedules at work and things that need to get done each week, but not everything needs to be on a strict schedule.

If your Gemini man is hesitant to commit, it might be because he’s afraid of getting bored. Keep him engaged and show him that you won’t let that happen.

Is your Gemini man not communicating with you? Here's the trick to reel your Gemini back in.

8. Let Him Be Himself

What a Gemini man needs in a relationship is the ability to be himself with his partner. Many Gemini men hide behind masks and don’t reveal their true personalities to everyone.

If you want your Gemini man to commit to you, he needs to be comfortable being himself around you. He won’t commit to someone who only wants a specific side of him.

While your Gemini man might change throughout your relationship, you should never try to change him. Any change has to come out of a genuine desire to do so.

If your Gemini man feels he has to hide parts of himself from you, he won’t commit to you. If he feels like you will only love him if he changes certain things, he will not stay with you for long.

What makes a Gemini man commit? At the end of the day, he’ll only commit if he loves you and is ready to settle down. However, if he feels you truly understand him, he might be more likely to commit.

Show your Gemini man that you know him better than anyone else. If there’s ever anything he does that you don’t understand, prove to him that you’re willing to try anyway.

Learn how to pick up on your Gemini man’s emotions so that you know how he feels, even if he doesn’t always know how to tell you. Figure out how to tell when he needs help but refuses to ask for it.

When your Gemini man knows that you understand him and are actively working to do so, he’ll be more likely to commit to you.

What is The Best Match For a Gemini Man?
Hello, I'm Liz