What to Do When Your Gemini Man is Angry? 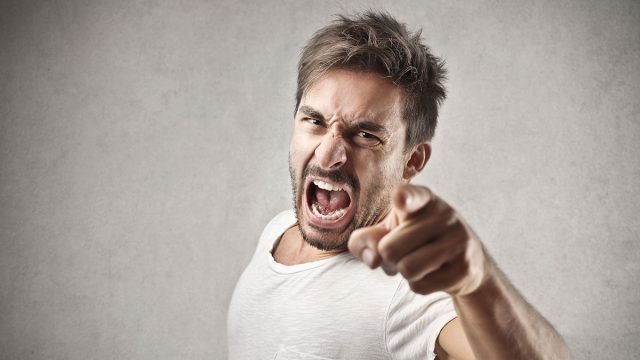 If you’re dating a Gemini guy and aren’t sure how to react when he’s upset, then you need to know what to do when a Gemini man is angry.

How can you get this zodiac sign to calm down?

Every zodiac sign reacts to anger differently, and some signs are more prone to angry outbursts than others.

So, when your Gemini guy is upset, should you give him space to work through the problem alone, or should you try to comfort him with words and gifts?

Once you have a better understanding of how his zodiac sign typically thinks and behaves, you will know what to do when your Gemini man is angry.

Some zodiac signs want time alone to cool off when they are mad, but not a Gemini guy.

Gemini is a very social and extroverted star sign, so when a Gemini man is angry he will probably want your company, even if you’re the person who upset him.

There might be times when a Gemini man ignores you because he’s upset, and you might think that you should give him some space.

But giving your Gemini man time alone is a bad idea. He’s so social and communicative that he is sure to vent his frustrations and confide in someone, and it’s better if that person is you.

If you’re wondering what to do when a Gemini man pulls away from you because he’s upset, be calm and patiently ask him to talk to you.

Don’t let him storm off and don’t push him away further by picking a fight with him. Walking away from him or blocking a Gemini man on your phone because you’re mad will only make the problem worse.

If you’re wondering, “How does a Gemini man act when hurt or angry?” The answer is that he might get passive-aggressive.

He possesses strong communication skills, so expressing anger isn’t his weakness. But he has a hard time getting in touch with his emotions, so he might not even realize that he’s so upset or what’s causing his anger.

When a Gemini man is mad at you, he might avoid confronting you because he’s not quite sure how he feels.

If your Gemini guy is acting cranky and irritable towards you, you need to face him and ask what’s wrong.

Try to get to the root of the problem and figure out what’s upsetting him. You might both find that you’re not the true cause of his anger at all.

A Gemini man is very romantic, but he wants a partner who can be his best friend as well as his lover.

He is looking for someone loyal to him. He wants a woman who would stick up for him in a fight like a best friend would.

When your Gemini guy is mad at someone else, show him that you’re on his team. Take his side and help him fight his battles.

This doesn’t mean that you should blindly agree with your Gemini man or never tell him that he’s wrong, and you should certainly stand up for yourself during disagreements with him.

But when someone tries to put him down or start an argument with him in public, you need to have your Gemini man’s back, even if he’s not completely innocent.

Let him know that he’s not alone and that you will help him take on the people who are against him.

If you want to know how to make a Gemini man think about you as his teammate and calm him down at the same time, sticking up for him will go a long way towards soothing your Gemini guy’s anger.

Longing to win the heart of a Gemini man? Put him under your spell...

The typical Gemini guy is very moody, so he might be happy and laughing one second and then angry and irritable the next.

While his moods change quickly, he is unlikely to hold a grudge. So, even if he gets upset easily, he won’t stay mad for very long.

He is quick to forgive and forget, but he needs a clear and sincere apology from you first. He won’t sweep problems under the rug unless you tell him that you’re sorry.

You need to put your pride aside and tell him that you know what you did wrong and you’re sorry for hurting his feelings if you want to move past the issue.

It’s not enough to just apologize. You have to explain exactly what you did to hurt him so that he knows you truly understand how he’s feeling and that you won’t do it again.

Talk Through the Problem

Every zodiac sign is guided by a particular heavenly body that reveals something about that sign’s personality and strengths.

Gemini is ruled by Mercury, the planet of intellect and communication. His guiding planet tells us that a Gemini man has strong communication skills.

Some signs like to think through their problems quietly or take their rage out physically, but a Gemini man is very verbally expressive.

When he thinks you’ve done something to hurt him, he will want to talk through the problem and explain what you did to him.

Don’t push him away or avoid discussing the issue. Your Gemini man needs to have open and honest communication with you. If you’re uncomfortable discussing the problem face-to-face, try talking to your Gemini guy another way.

Thanks to Mercury’s influence, he will probably embrace whichever platform of communication you prefer. You could call him, text him, or even reach out to him over social media.

If you’re not sure what sort of things to text a Gemini man when he’s mad, just explain that you need time to consider your answers, so texting is the best way for you to resolve your arguments.

And when he’s upset with someone or something else, invite him to talk through his problems with you. Let him know that you’re there for him and will help him resolve whatever he’s going through.

Be an attentive listener and don’t interrupt him when he rambles about his problem. Show him the same courtesy and care you would want from him if your positions were reversed.

A tiny trick to snatch your Gemini man's heart?... even if he's cold and distant...

Try to Make Him Laugh

Every zodiac sign has a spiritual or mental “age” determined by the order of the zodiac. A sign’s age can tell us a great deal about that sign’s personality and how they handle emotions.

As the third sign of the zodiac, Gemini is one of the spiritually younger signs. This doesn’t necessarily mean that he’s immature, but it does indicate that the typical Gemini guy is very childish and playful.

He loves to smile and joke around, and he generally looks on the bright side of dark and unpleasant circumstances. He avoids negative emotions because he would rather laugh than take anything too seriously.

If you want to know how to make a Gemini man obsessed with you, keep him smiling even when he’s upset.

When you can make him laugh, whether he’s angry with you or someone else, it will help diffuse the situation and ease his tension.

Allude to an inside joke or do something silly to break the ice and make your Gemini man smile.

If you’re not with him, text or email him a funny video to make him smile and take his mind off of things, even just temporarily.

A Gemini always comes back to a woman who can make him laugh, no matter how upset he is.

As the zodiac sign guided by the planet of intellect, a Gemini man is very smart and has an active, quick mind.

He is always working on several projects at once because he gets bored easily. When he loses interest in one task, he moves to the next until he’s ready to return to that project.

You can help a Gemini man when he’s upset by distracting him. Do something to take his mind off of whatever has angered him.

This doesn’t mean that you should avoid the problem. Invite him to talk through whatever is making him angry first, then try something fun to distract him once you’ve done what you can to help resolve the issue.

If you want to know how to get a Gemini man’s attention back on you instead of whatever is upsetting him, suggest an enjoyable or exciting activity. Engaging both his mind and body is best.

Don’t do something mindless and passive like watching television. Your Gemini man’s mind will wander and he will get restless.

Instead, ask him to go for a walk outside with you to get some fresh air, or take him to the batting cages to let his aggression out on some baseballs.

Helping him blow off steam and have some fun when he’s upset will help your Gemini man calm down and forget his problems.

20 Famous Gemini Men: Are They Your Type?8 Key Tips to Getting a Gemini Man’s Attention
Hello, I'm Liz