20 Famous Virgo Men: Are They Your Type? 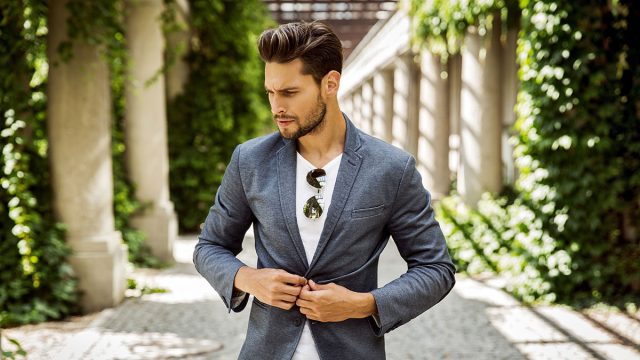 There are so many famous Virgo men world wide. You can learn a lot about what to expect from your Virgo love by reviewing any Virgo celebrities list.

Common Virgo traits can be seen among the famous musicians, artists, and even politicians born under this sign.

Virgo famous people seems like a contradiction in terms. Those born under this sign usually avoid the spotlight. They are perfectionists, which leads them to excel.

Yet there are countless famous Virgos in history and today whose talents and dreams led to a legacy that lasts beyond their lifetime. Their finely tuned skills made them destined for success.

A Virgo’s personality lends itself to humility but also idealism. A Virgo love in your life will have many talents that make him successful, but he’s more service oriented than grandiose.

Famous Virgo musicians are easy to find. Freddie Mercury is one of the Virgo musicians whose legacy outlived him. This British musician is best known as lead vocalist for Queen.

His eccentric stage presence is unusual for a Virgo man, but became part of his trademark style. His productive career is emblematic of the lengths a Virgo man will go to share his talents.

Another talented musician on the long list of famous Virgos, Michael Jackson’s musical career began in childhood. His high standards are typical of a Virgo man.

Jackson is proof of the benefit of a Virgo’s combination of hard work, charm and dedication. He is known for being both musician and skilled dancer, showing his down to earth Virgo nature. Part of his success was due to his business skill.

American politician and activist, Sanders embodies many Virgo traits. A common criticism of him as a politician is also one of his strengths as a Virgo, his unwillingness to compromise his ideals. It’s no surprise his signature bill is Healthcare for All.

Virgos are health conscious and practical. Though he was unsuccessful in getting the Democratic nomination for president in 2016 and 2020, his progressive work has inspired younger generations of activists and politicians.

Long before King’s debut Carrie gave him name recognition as a horror writer, he was working on his craft for decades. Since childhood, King would write short stories.

His Virgo style, perfectionism and attention to detail make him the Master of Horror. His stories are meant to entertain but in true Virgo form, often have a social message or moral subtext.

Former President of the United States after the Kennedy Assassination, Johnson’s story illustrates how Virgos may be thrust into a spotlight they didn’t seek. Also like a true Virgo, he went to work trying to make the most of the situation he found himself in.

He is known for passing the Civil Rights Act of 1964 and initiating other progressive reforms including the Clean Air Act. He introduced Medicare and Medicaid, again aligning with the Virgo interest in health.

Virgo actors have captivated audiences for years. One example is Sean Connery. Award winning Scottish actor and producer. Virgo’s humility and association with hard work rings true in Connery’s modest beginnings that brought him serendipitously to work as a stagehand.

He struggled to land roles in theater before his career evolved to prominent roles in films like James Bond and The Hunt for Red October. Connery is proof that a Virgo man can go from rags to riches.

A Virgo man’s earthy nature is embodied by the late American rock musician Buddy Holly. His modest roots trace back to a musically inclined family who raised him during the depression. Resourceful as any Virgo man, Buddy Holly learned to sing and play guitar with his family at home.

In spite of his humble start, his musical career would lead to success. Founding members of the Beatles to modern musicians have all been influenced by his style.

Tolstoy is one of the most influential writer’s of all time. Born to Russian aristocrats, he is known for his realistic style of fiction writing. This fits right in with a Virgo man’s attention for detail, even in the realm of fiction.

A spiritual awakening led him to embrace nonviolent resistant and pacifism and this is typical of a Virgo man’s strong adherence to his ideals. His famous works, War and Peace and Anna Karenina are still read worldwide.

Adam West is the son of a farmer and opera singer-turned-devoted mother. Though his early life was ordinary, he would become one of the most recognized actors in America because of his role as Batman on the 1960s TV show.

Decisive and hard working like any Virgo man, West knew from a young age that he wanted to be an entertainer like his mother had been.

Virgo men know how to take care of business. Warren Buffet is a great example of this. In perfect Virgo form, the seeds for Buffet’s success in business were planted at a young age when a library book inspired him to learn more about investing.

He is the modern symbol of a successful business tycoon because of his practical, careful and methodical skills and willingness to research, all common Virgo traits.

Keanus Reeves is a Canadian actor, musician, director and producer. Before becoming famous as a film star, he took on roles in theatrical productions.

His family was connected to the theater world, and like a decisive Virgo man, he knew at 15 he wanted to be an actor. Yet he also studied in schools where his craft could be refined, also in typical Virgo style.

Among the many Virgo celebrities is Indian politician and Prime Minister, Narendra Modi. Modi is the fourteenth Prime Minister of India. A typical hardworking and helpful Virgo, Modi worked when he was a child to help his father sell tea.

He is credited as a politician with decreasing corruption and he has supported conservation of ground water. This fits perfectly with his aspirations as a Virgo to create security and preserve resources.

Like many famous Virgo actors, Bill Murray’s career is linked to childhood interests. As a teen he performed in community theater groups. Even though he’s known as an actor and film maker, his original college plans were to go to pre-medical school, showing his typical Virgo interest in medicine.

His entertainment career started at a comedy improv club before he became part of Saturday Night Live. His flat comedic style is also typical of a Virgo.

Virgo men don’t think of themselves as having sex appeal, yet their natural charm radiates. This is definitely true of Richard Gere, American actor who started his film career in a supporting role before stealing the show, and hearts, with later leading roles.

Known for his roles in films like American Gigolo, An Officer and a Gentleman and Pretty Woman, he became a film icon. Just more proof that talented Virgo men can be captivating without trying.

If you’ve got a soft spot for men with a bad boy image, perhaps you fell for James Gandolfini’s character in his hit show, the Sopranos. Gandolfini was an Actor and producer who struck gold with the HBO series about the lives of a fictional modern mafia family.

A true Virgo, his upbringing in an Italian-American home led him to take a strong interest in his family’s heritage. He fell into acting after accompanying a friend to an acting class in his youth. Another example of how Virgos find their fate in unusual ways.

Sports icon famous for winning several consecutive Tour de France races. An avid athlete from a young age, Armstrong is a great example of Virgo’s tenacity when it comes to health, fitness and competition.

Even when just competing with themselves, Virgos are always trying to be the best.

Famous singer and songwriter from Northern Ireland, Van Morrison showed musical talent in childhood. Like a typical Virgo, those who work with Morrison describe him as stubborn, yet his genius shows in the broad appeal of his music.

Also like a typical Virgo, he was born into a working class family and when introduced to guitar at age eleven, practiced to refine his talent. Always the pragmatist, when he was twelve he formed a local band and actually played out at local venues. In Virgo style, his hard work payed off.

American musician and songwriter Hank Williams is remembered long after his death as an influential musician. His modest roots and childhood experiences are marked by hardship. Yet like a Virgo, he went on to become so famous that legends surround the story of how he got his first guitar.

He started playing guitar as a child. He never learned to read music but this didn’t prevent him from being a prolific songwriter and performer. In true Virgo style, he got his first break after playing guitar outside of the local radio studio for several days until he was noticed.

Colonel Sanders was the founder of the popular fast food chain, Kentucky Fried Chicken. Leave it to a Virgo man to want to make sure everyone has good food to eat. But before his success as the image of KFC, he started working a variety of jobs including insurance salesman and steam engine recipe.

Virgo men know how to find work fulfilling others’ needs, so it’s no surprise that during the depression, he was busy perfecting his recipes in his job at a roadside food stand.

Before becoming the twenty seventh President of the United States, Taft, a typical Virgo, held many positions of service. When assigned to a post in the Philippines, he set up new infrastructure. Attention to mundane tasks such as this reflects a Virgo’s desire to create order and efficiency.

Like fellow Virgo LBJ, Taft didn’t have ambitions for presidency. His talents endeared him to Roosevelt who wanted Taft to follow in his footsteps. Thus, in a uniquely Virgo fashion, Taft found himself in a position of power that he didn’t actively pursue.

How to Dress for a Virgo Man10 Tips to Get a Virgo Man Back After a Breakup
Hello, I'm Liz