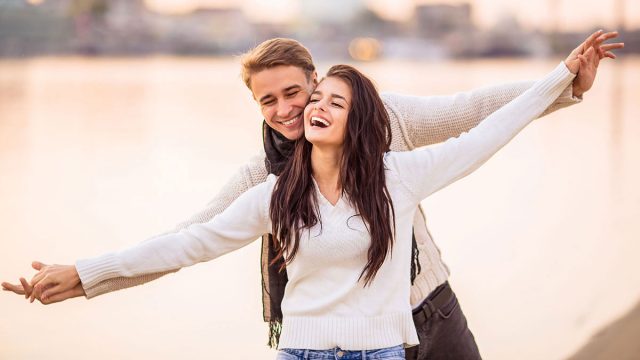 If fidelity and loyalty are essential to you in a relationship, a faithful Capricorn man might be the person for you.

Capricorn men are known for their sense of commitment in all aspects of their lives. This is a good sign for you.

Is your Capricorn man going to be faithful to you in a relationship?

The short answer to this question is yes, he is. This is because being faithful is one of the things Capricorns are known for. They dedicate themselves to all aspects of their lives: work, hobbies, and relationships.

This isn’t to say that no Capricorn man has ever cheated on somebody before. However, a Capricorn man cheating is unlikely because of his personality.

For example, he will work on any problems he sees in your relationship instead of running off with somebody else.

One thing Capricorn men are known for is their sense of loyalty. When a Capricorn man likes you, being loyal is how he’ll show he cares.

This is a man who tends to stick around in one career or with one company. He also has every intention of staying in a relationship with you long-term once the two of you have settled into a committed relationship.

His loyalties are going to lie with you and only you when it comes to romance. If the two of you have decided to be exclusive, he will stick to that promise.

He might focus on his career more than you from time to time or withdraw to be by himself now and then, but that doesn’t make his obligation to you or your relationship any less critical.

While a Capricorn man’s weakness in love comes from his shortcomings in the emotional department, you can always depend on him to be a stable presence in your life.

When you’re having an issue with something, he’ll be there to help fix it. While he may not be the best “shoulder to cry on,” per se, he will do his best to take care of you when you’re down.

This is a man you can trust with your heart. He is responsible in all areas of his life, romantic ones included.

Short of something drastic happening, once you’ve got a Capricorn man, you’ve honestly got him for life. He wants to keep up with his responsibilities, and he wants to be there for you long-term.

A Capricorn man in love is ready to be in it for the long haul. Therefore, Capricorn men tend to look at relationships and marriage more traditionally.

This means that once he is ready to settle down, he expects you two to remain in your relationship for life.

When a Capricorn man is done with you, he’ll let you know. But, of course, you’re not going to find out because someone else is in your bed.

If he has made a promise to be faithful to you and only you, he is going to keep that promise. He doesn’t commit to something or gives you his word if he’s not going to make good on it.

It no doubt took him a while to commit to you and your relationship. However, the two of you probably spent quite some time building trust, getting to know one another, and deciding if you indeed saw a future together.

If a Capricorn man is unfaithful and messes up, he may have to start all over with someone new. He doesn’t want to.

One of Capricorn’s greatest fears is failing. So Capricorn men tend to try and avoid failure at all costs, and if he does fail at something, he’s going to take it hard.

A sure-fire way to make a relationship end or at least throw a wrench in it is to be unfaithful. If the two of you have agreed to be monogamous, he will expect that both of you keep to that agreement.

If the two of you are having problems, he will try and develop a plan for how to fix those problems. The last thing he wants to do is drive you away just because he was seeking some personal gratification in the moment.

Do Capricorn men cheat? It’s unlikely. If it does happen, he’s going to feel incredibly ashamed of it, and honestly, nothing you do or say is going to make him feel worse than he’ll make himself feel.

Capricorn men consider themselves to be very disciplined people. He is in control of his feelings. He doesn’t simply give in to temptation or let his weaknesses overpower him.

Cheating on your partner can very much be considered as losing control over yourself. This is especially true for one-night stands and infidelities that happen “in the heat of the moment.”

When a Capricorn loves you, he likely has some sort of plan for how he wants your relationship to go and goals for your joint futures. Cheating because he lost control of himself would mess those plans up.

It would also potentially destroy the image he has built up of himself. If he cheated and others found out, that might make them see him in a different light.

So he’ll keep himself in control for a variety of reasons, even if some of them are actually selfish.

Capricorn men take a long time to open up to others and develop a sense of trust in a relationship.

His trust is not something that is freely given. He knows how difficult it can be to trust another person and how much it hurts when that trust is betrayed.

For this reason, he is not going to want to betray the trust you have put in him. He wouldn’t want you to cheat on him and destroy the trusting relationship the two of you have built, so he’s not going to cheat and do that either.

If he messes up his relationship with you, there will also be something of a sunk cost for him. Will a Capricorn man lead you on just because of this sunk-cost fallacy? Not typically, but he’d rather not cheat in the first place and make it an issue.

It likely took quite some time for him to find somebody he wanted to be in a long-term relationship with. It took effort on both your parts to create a good relationship.

He has no desire to break your trust and potentially have to figure out how to trust a new person if you leave him.

Capricorn men are perfectionists, and they take anything they’ve committed themselves to very seriously.

He truly wants you to be the only one for him. So even if somebody does come along who might seem like a better match for him, he’s going to remain dedicated to the relationship he has already built with you.

He knows that the grass isn’t always greener on the other side, and he knows that sometimes, hard work and dedication are what make a relationship last long after the honeymoon phase is over.

In many ways, he sees a relationship like any other project he works on. He wants to be successful and show that he has what it takes to make it work.

Capricorn men are some of the most reliable people on the planet. Ask anyone he’s worked for: he has reliability down to an art.

You’ll find that he is always where he says he is when he says he’s going to be there. If he says he’s staying late at work, he’s most likely not saying that to cover up some illicit affair he’s having. He’s actually at work.

He’ll expect you to be reliable, and honestly, he has higher expectations of himself than he does other people.

For him, reliability is about more than just being on time or sticking to a plan. It’s about doing what you say you’re going to do, no matter what.

Capricorn men crave stability in their lives, and that just isn’t something you can get if you are constantly unfaithful in a relationship.

He is going to remain faithful not just for your sake but for his own. Cheating creates more problems than it solves. It is going to throw a wrench into all his plans for your relationship.

He doesn’t have time to be living a double life, sneaking off with other people behind your back.

That kind of life isn’t going to feel safe or comfortable for him, and at the end of the day, he wants to be safe and comfortable.

He wants to offer you stability as well. He wants to provide and take care of you in all ways possible. He can’t do that if he cheats on you.

Even if a Capricorn man is tempted to cheat, he will go through the same pros and cons process he goes through when he makes any other decision in life.

There will likely be far more cons than pros when it comes to being unfaithful in a relationship.

He might feel attracted to another person but is that attraction worth giving up the relationship he’s built with you?

The two of you might be going through a rough patch, but is it something that can’t be fixed?

Cheating won’t fix any problems the two of you have, and he knows that. And he also knows that if things are going smoothly, cheating will mess that all up.

Should a temptation come along, trust that he will think things through before making any hasty decisions and potentially throwing away your entire relationship.

When a Capricorn man respects you, he’ll do everything he can to make your relationship thrive.

Capricorn Men in Relationships – What You Need to KnowHow to Dress for a Capricorn Man
Hello, I'm Liz