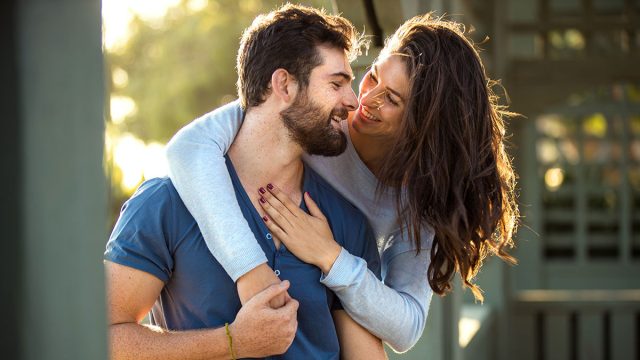 Some people think a faithful Aquarius man is hard to come by. This isn’t true! He is fully capable of committing to somebody.

You just need to make sure that you are both on the same page when it comes to expectations in the relationship.

The most important thing in a relationship with an Aquarius man is establishing boundaries and expectations.

If he prefers open relationships and you strictly want monogamy, you two are going to need to come to an agreement about that.

An Aquarius man might be slow to commit for many reasons. Once he does commit, though, he won’t want to do anything to hurt you. Aquarius men are dedicated, affectionate partners.

If an Aquarius man is unfaithful, he’ll usually tell his partner right away. He doesn’t want to continue a relationship based on a lie.

If you’ve only been on a few dates with an Aquarius man, he’s not going to think twice about going on dates with other people if he wants to.

An Aquarius man might have multiple casual partners at once. Some will eventually settle down with “the one”, while others prefer to date around.

You need to make sure you’re on the same page about your relationship if you’re with an Aquarius man. Don’t assume that you two are exclusive unless you’ve talked about it!

If your Aquarius man is in an open relationship with somebody else, he’ll be upfront about that with you. That won’t be something he surprises you with months down the road.

If you are ready for an exclusive relationship, you need to talk to your Aquarius man about that right away. He’s not going to just know that you want to be monogamous.

Some Aquarius men need to be in open relationships. A strong desire for freedom is just one of an Aquarius man’s traits. The need for non-monogamy is one way this trait is expressed.

Not all Aquarius men want open relationships. Some are just fine being monogamous and may prefer it.

If you are with an Aquarius man who isn’t monogamous, though, you aren’t going to be able to make him be with only you. Your relationship will be doomed from the start if you try to force him into a monogamous relationship.

Most of the time if an Aquarius man cheats on his partner, it’s because he is trying to have an exclusive relationship just for their sake. If he loves somebody, he wants to please them. He doesn’t always succeed.

That is no excuse for breaking his commitment to his partner, of course. That is just one of the more common reasons why an Aquarius man might be unfaithful.

The truth about the Aquarius man is that he’s slow to commit. He doesn’t want to attach himself to the wrong person. He wants to be sure his partner is the one before he makes any lasting commitments.

Commitment is one area of his life that he doesn’t like to be spontaneous. He might suddenly start dating somebody, sleep with a friend, or ask his crush on a date. He won’t commit to them without thinking about it first, though.

If your Aquarius man isn’t sure about commitment, it’s not something you can force on him. If he wants to continue dating around, you either need to break up with him or be okay with that.

The good thing about Aquarius men is that most of the time, they value their commitments. He might be slow to settle down with you but he’ll take it seriously if he does decide to.

The best way to treat an Aquarius man in a relationship is to respect his freedom. Never pressure him or try to hold him down.

If an Aquarius man stops communicating with you temporarily, don’t assume the worst. Being distant doesn’t mean he’s cheating on you. It just means he needs space! Don’t push him and let him have the alone time he needs.

You should never try to pressure an Aquarius man when it comes to commitment. If he cares about you, he might give in just to please you. That will often end in disaster, though.

If he was pressured to commit before he was ready, he might end up cheating.

An Aquarius man is slow to commit but he does take commitment very seriously.

He cares deeply about his partners. When he enters into a committed relationship, that means that he loves the person he’s with and wants to stay with them long-term.

Unless he was pressured into committing, an Aquarius man will usually be perfectly happy in a committed relationship. Most of them won’t commit to monogamy unless they intend to stay faithful to their partner.

If he does do something to betray your trust, he’s going to feel awful about it. Aquarius men aren’t the type to carry on with affairs for years. If he cheats on you, he’ll usually let you know right away.

He will actively do things to try and make the relationship better. He would rather work on things than cut and run, especially if he cares about a person.

An Aquarius man in love is perfectly capable of being faithful but he is still a free spirit!

Being a free spirit doesn’t stop an Aquarius man from being monogamous but it is also the reason some of them don’t like to be.

Most Aquarius men will be upfront about wanting an open relationship, as mentioned. If that is what he needs to feel free, he’ll let you know.

In that case, he’s not being unfaithful as long as he’s sticking to any pre-established rules or boundaries in the relationship.

Feeling trapped is another reason an Aquarius man might be unfaithful. If he feels like his partner is controlling him, he might stray as a way of gaining some of that control back.

Understanding an Aquarius man is difficult at times. This is because he’s a very unique and individualistic person.

His individuality can be a bit much for some people. He’s not always going to come to his partner when he has problems. He has a hard time relying on other people.

If he seems distant or isn’t coming to you about things, that doesn’t mean he’s being unfaithful. He might be distancing himself for other reasons. He may just need space.

Don’t jump to conclusions if your Aquarius man is behaving oddly. That’s just how he is sometimes!

How does an Aquarius man show love? The way he does so is often as unique as the rest of him. As you get to know your Aquarius man, you’ll figure out the special ways he shows he cares.

Some Aquarius men are flirty. They might just enjoy flirting and do it for fun. This doesn’t mean that they are being unfaithful.

If your Aquarius man has a flirty personality, that doesn’t mean he’s incapable of being faithful. Flirting doesn’t always lead to anything more.

You should never try to control how your Aquarius man talks to other people.

If he likes flirting with his friends, he’s not going to stop just because you don’t like it. If he’s just friendly and affectionate, don’t try to stop him from being that way.

Aquarius men are social creatures. They often have many different social circles and many friends.

Don’t assume that he’s stepping out on you just because he’s not spending all his time with you.

Aquarius men aren’t the type to spend all their time with their partners. He’ll want to go out and spend time with other people as well.

If he’s going to a bar, he’s probably meeting up with his friends. He’s not going to meet his secret mistress.

If he says he was out all night partying, he was just having fun. He likely wasn’t doing anything to betray your trust.

Aquarius men form deep connections with their partners. If they are unable to do so, they often won’t stay in that relationship for very long.

When an Aquarius man tells you his secrets, don’t take it lightly. He doesn’t do that with everyone.

An Aquarius man will be much less likely to stray from a partner he has a deep connection with.

If he knows he can go to them about anything, he’ll be more likely to just talk to them if he’s ever having a difficult time remaining faithful.