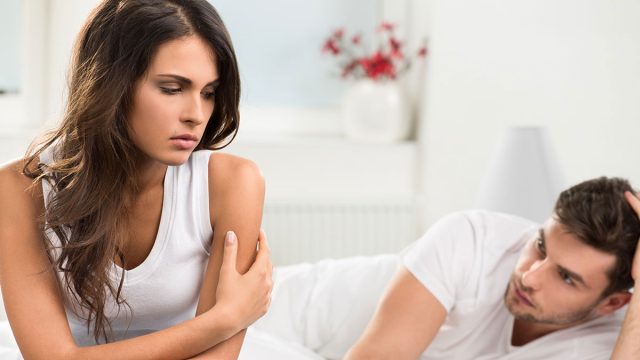 A distant Sagittarius man may not be sending you the signal it’s over. Sagittarius men can become distant for a variety of reasons.

When you understand his relationship style, you’ll recognize that his aloof nature isn’t always a cause for concern.

If a passionate and charming Sagittarius man has made you the center of his attention for weeks, only to suddenly distance himself, you may think something’s wrong. Yet this can be normal.

Sagittarius men usually have boomerang relationships. They spend time getting close to you and then suddenly act cold and distant, only to come back again. This happens for many reasons.

Sometimes, a Sagittarius man’s wavering attention to you is caused by his independent nature. Sometimes it’s caused by something you did. Yet it’s not always a sign the relationship is over.

Sagittarius men love people but don’t love to be emotionally vulnerable and intimate. It’s in his nature to come in close and then become distant. He’ll repeat this cycle throughout the relationship. What happens when you ignore a Sagittarius man who has become distant?

You may be surprised to hear that stepping back and acting indifferent can be one of the best things to do under the circumstances. While you may feel compelled to chase him down and get him to explain himself, that will never work.

Instead, try to understand that it is in a Sagittarius man’s nature to want lots of space even when he’s in love. He may also need distance to regroup and reassert his independence. This may seem devastating to you, but it is no big deal to him. He may be puzzled about why you’re taking it so personally.

Sagittarius men are notorious excitement seekers. If he seems distant recently, it could be because he’s feeling like the relationship has become stagnant. If there is nothing new or exciting happening, he may become bored.

This doesn’t mean he’s done with you, though. He may be talking to other friends, filling his time with hobbies, studies and other interests or looking for some adventure in other ways rather than devoting as much time and attention to you.

If you want to know how to make a Sagittarius man happy, the best thing you can do in this situation is to let him have more down time and meanwhile delve into your own interests and hobbies more. The more new things you explore, the more new things you’ll have to talk about with him.

This will spark his interest in you and motivate him to strengthen the connection. He may become more passionate about the relationship again when it is a source of excitement and not following the same old routines.

When a Sagittarius man is done with you, he won’t waste your time or his by just being distant. He’ll be honest with you and let you know he’s moving on. In contrast, when he likes you but goes distant suddenly, it could be that he’s involved in one of his favorite hobbies.

Traveling is second nature to a Sagittarius man. He may be on a road trip with friends or off on a business trip when he stops texting as much. Don’t jump to conclusions when he becomes distant.

Even if you wish he would have invited you on the trip with him, try to understand that Sagittarius men don’t always want to share their travel time with their loved ones. Sometimes they see travel time as special regenerative alone time.

If he’s been distant and preoccupied with his own adventures, you need to know how to make a Sagittarius man chase you again. The best thing you can do is to go out and have adventures of your own. This will engage his curiosity and interest in you.

Sagittarius men are curious about life and cultures, philosophy and science. Chances are, when a Sagittarius man is not replying right away, he may be studying one of his many interests.

When he’s busy studying, a Sagittarius man will become engrossed in what he’s learning. He will view texts or calls as an interruption and it may start to annoy him after a while. He won’t drop what he’s doing to respond to you.

He’ll keep studying and ignore you. At best, he may send a brief two or three-word answer. You may see it as a Sagittarius man being harsh or cold, but it is likely that he’s just studying and engrossed in reading and researching.

If you step back and give him space, he’ll usually return to his attentive and passionate self. You may see signs a Sagittarius man is falling for you after he’s been distant for a while. Expect this cycle to appear periodically in the relationship.

He’s got such a wide variety of friends in his network that he may seem to be ignoring you when he’s just spending time with others. You may be confused if you see signs a Sagittarius man secretly likes you, you may be confused when he’s suddenly distant.

It’s not one of the signs a Sagittarius man is not interested anymore when he chooses to spend time with other friends. He just has so many people in his network. He tries to make the rounds and catch up with old colleagues, college friends and friends from childhood.

When he’s catching up with friends, he may not have as much time to be with you. Don’t let this get you down. He’s not choosing them over you, he’s just trying to vary what loved ones he’s spending time with.

When a Sagittarius man stops talking to you for several days, he may be inundated with projects that consume his focus. You may think that your partner is the most important priority in your life, but a Sagittarius man doesn’t see it that way.

Even when he loves you, a Sagittarius man will always make his ideals a top priority. He often goes off on crusades for social justice and will not prioritize his personal feelings and relationships above the humanitarian causes he’s involved in.

If he’s off on a political or social justice campaign, a Sagittarius man will slow down on his communication with you. He may still like you or even be in love with you, but his greatest passions are his idealistic causes.

He’s On a Mission

When a Sagittarius man ignores you, don’t assume he’s upset with you. Sagittarius men are passionate, but they will focus on one issue, person or thing at a time. He may be on a mission that is consuming him.

This doesn’t mean he is uninterested in you, but that in the moment, he is completely immersed in his current mission. Sagittarius men love to come to the rescue of various groups of people as enlightened philosophers out to uplift and empower others.

If he’s caught up in his mission, he will tune out all other distractions. He may be confident that you’re loyal and waiting for him. He won’t think it’s necessary to pay as much attention to you to avoid insecurities from flaring up.

A Sagittarius man hiding his feelings may also delve into his mission and distract himself with many projects. Sometimes when a Sagittarius man goes distant and becomes immersed in new projects, he is trying to avoid deeper feelings.

Your Sagittarius love interest may be distant from you, he may have gone off grid for a week or so. It’s not uncommon for a Sagittarius man to retreat on a spiritual vacation or go camping in the woods. He may unwind by taking a contact-free weekend to himself.

He will go off grid from time to time to reconnect with nature and seek enlightenment. It could be that he’s spontaneously going on a trip and didn’t bother to tell you in advance. He may be intentionally unreachable for a while.

This doesn’t mean he is trying to avoid you. He may just be trying to recharge his own energy and take a break from social media and phone calls. If you give him a break, he will likely come back around.

Sometimes a Sagittarius man will become distant when he’s feeling insulted by something you did or said. He will usually tell you outright if he’s hurt or insulted by what you say. If you say or do something that offends him, he will step back.

A Sagittarius man is usually more offended if you say something disparaging about other people. If you are dismissive of the suffering of others or show bias or prejudice, he will feel insulted, even if he’s not the target of your bias.

He’ll reconsider the relationship and you may notice he’s suddenly not replying to you. If he points out that you’ve said something harmful to a group of people and then becomes distant, he may be offended by your remarks still.

If none of the above situations apply to your relationship with your Sagittarius love interest, and still he’s suddenly become distant, it may be that he has lost interest. You can try to encourage him to change his mind by changing up routines and creating excitement.

Yet it’s important not to chase a Sagittarius man. A Sagittarius man will become distant if he has lost interest in you or in the relationship. If he only replies when you text first, and keeps his texts short, he’s probably not interested.

A Sagittarius man eventually will make it clear that he’s not interested. He’ll make no effort to contact you. He may also eventually stop talking to you altogether.