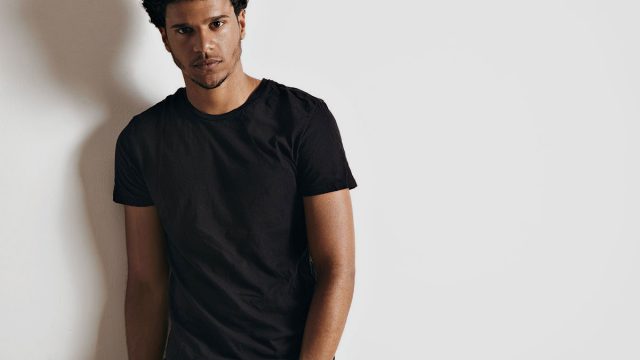 A distant Leo man can leave you feeling lost and confused. He can be so attentive and passionate, yet when a Leo man pulls away, it can feel disorienting.

It’s important to not jump to conclusions about why he’s distant.

A Leo man who becomes distant may be busy or just taking some time to catch up with friends. You need to understand his personality in order to determine if he’s angry or just taking a break.

A Leo man can be passionate one moment and aloof the next. Usually, he just needs a brief break to get his footing before he re-engages in the relationship.

Sometimes a Leo man pulls away intentionally. There are many things that can make a Leo man pull back from a relationship. In spite of his courageous demeanor, he’s got a think skin. If you insult a Leo man, he’ll go distant.

A Leo man who feels personally attacked will not stick around to try to work things out. The problem here is that a Leo man is likely to take just about everything personally. He has a sensitive ego and can easily be hurt innocent comments you make.

In particular, if you criticize his work, appearance or talents in any way, a Leo man will be likely to retreat to the background to lick his wounds. He won’t usually stand around if he feels insulted.

Get your Leo man back after a breakup thanks to this short video.

Will a Leo man miss you when he’s become distant? This can depend on the situation. A Leo man who feels you’ve embarrassed him in some way will keep his distance. Leo men are image conscious and they tend to become embarrassed easily.

If you pointed out his vulnerabilities or if you shared a personal story about him that is embarrassing to him in some way, he will be likely to step into the background. If you’ve embarrassed him he may disappear altogether.

When a Leo man tells you a story, even if it seems he is boasting or laughing at his own flaws, don’t repeat this story without his permission to do so. He may feel emboldened to tell self-effacing jokes or stories but will become insulted if you repeat these stories to others.

When a Leo man is done with you he won’t come back. He will cut his losses and move on. It is a mistake to think that his love for you will keep him from leaving you. Yet if he feels embarrassed by you, a Leo man will not think twice about moving on.

Leo men are proud and they are ruled by the ego. If you say or do something that injures his pride, a Leo man won’t easily forgive you. He may move on for good. A Leo man will stop in his tracks if you do anything to undermine his self-image.

You can avoid pushing a Leo man away by taking his ego into consideration. If you build him up and admire his strengths and talents, you can help to solidify the connection with a Leo man. If you do anything to hurt his pride or damage his ego, however, he’ll pull away.

Leo men aren’t only sensitive about how you treat them or impact their reputation, they are also concerned about how his relationship with you will impact his self-image. If you do something controversial, dramatic or embarrassing in your own personal life, your Leo man will vicariously feel embarrassed because of the damage to your reputation.

You need to be mindful of your own status as he will see you as an extension of his own ego. If he’s with you, a Leo man believes that your reputation is a reflection of his reputation. Be careful to keep yourself clear of drama and controversy.

Make a Leo man obsess over you, and make him love you forever.

How does a Leo man test a woman? Sometimes, a Leo man will step back to see how you react. This is especially true when he’s becoming vulnerable in the relationship. When a Leo man is actually falling for you, he may become distant.

He does this because he is afraid of being seen as vulnerable. He is likely to seek some distance if he is feeling overwhelmed by his sensitive emotions and the power of the attraction he’s feeling for you.

When a Leo man feels like he is losing the ability to be detached and in control, he becomes scared. He may still want to be with you, but he’ll take a step back. If you sense he’s becoming vulnerable and falling in love with you, he will step back in order to regain control and perspective.

A Leo man’s hot and cold behavior can be confusing if you don’t understand what is triggering him to become distant. Sometimes, a Leo man will step back because he is uncertain about commitment. A Leo man may be in love with you but afraid to settle down officially.

When a Leo man doesn’t feel ready for a serious commitment, he may step back to give himself and you a chance to cool down. When he is unsure about how serious he wants a relationship to be, he may detach himself from the relationship in order to figure out what he really wants.

Leo men are independent and they love being free to socialize with others. When a Leo man is in love with you, he may fear the change in lifestyle that can come from a more serious relationship. For this reason, he may become distant before deciding to settle down and make a clear commitment to you.

Sometimes, when a Leo man disappears, he is feeling jealous. He may have been triggered because you spoke fondly of another man. He may also feel jealous because he is projecting his own insecurities on to you. A Leo man who is jealous can become distant.

A Leo man can be hypersensitive and his feelings of jealousy can sometimes be completely unfounded. If a Leo man feels jealous it could be because he’s been deceived in the past. It could also be that he interprets your behavior with other guys as overly friendly or flirtatious.

A Leo man not texting back can be sending you a hint that you’ve crossed a line and hurt him. Unfortunately, he may leave it up to you to piece together the exact reason why he’s upset. Ideally, he could just communicate clearly and tell you what he’s upset about. Yet if his pride is wounded he may not do this.

Another unforgivable sin in a Leo man’s mind is betrayal. If he feels betrayed by you, he will shut down and disappear. When a Leo man goes quiet and becomes distant, think back to your recent interactions. If there was anything that transpired that could make him feel betrayed, there is a good chance this is to blame for his change in engagement with you.

When a Leo man feels betrayed, he will turn away from you. He may cut you off altogether. Sometimes, he’ll become infuriated and his passions will come through as he vents his anger. Other times, he’ll simply disappear.

If you want to know how to make a Leo man regret losing you, the best thing you can do is to prove to him that you are honest, loyal and devoted. When you show him that you are his ideal partner, he may reconsider the reasons he thought you were betraying him in the first place.

Leo men constantly crave attention. Sometimes, if a Leo man is not given the spotlight or built up enough, he may start to feel insignificant. A Leo man who no longer feels important may seek the attention of other women.

When he does this, he’ll naturally distance himself from you. When a Leo man doesn’t feel like you see him as a priority, he will also start to shut down. It may seem like he’s high maintenance, but a Leo man can be best satisfied if you pay lots of attention to him.

When you give a Leo man all of your attention, it makes him feel special. He craves this recognition and admiration. If you want to keep him coming back for more, you’ve got to be extra attentive to him.

On a similar note, if a Leo man doesn’t feel appreciated by you he may back down from the relationship. A Leo man needs to feel like his efforts and attention are reciprocated and he needs to know how much you appreciate him.

Simply thanking him is not enough. Leo men need to be built up and flattered. They need to feel admired openly. A Leo man won’t feel appreciated if you overlook any of the kind and generous things he does for you.

On the other hand, if you show appreciation for your Leo man frequently and excessively, he will be captivated by you. He won’t want to spend any time away from you.

If you’re wondering how to know if a Leo man is playing you, the best thing you can do is give him space when he becomes distant. If he comes back around on his own, and if he doesn’t focus on sex, you can assume he is really interested in you.

Sometimes a Leo man becomes distant only because he needs space and breathing room. When he is feeling overwhelmed, a Leo man may want to save face by becoming distant so that you don’t see him in a vulnerable position.

When a Leo man needs a break it doesn’t always mean he wants to officially break up with you. Sometimes, he just wants to get perspective and step back from the relationship in order to figure out his priorities. He can be passionate but doesn’t always want to share his deeper emotions.

Do Leo Men Cheat More Than Others?10 Ways to Hurt a Leo Man
Hello, I'm Liz