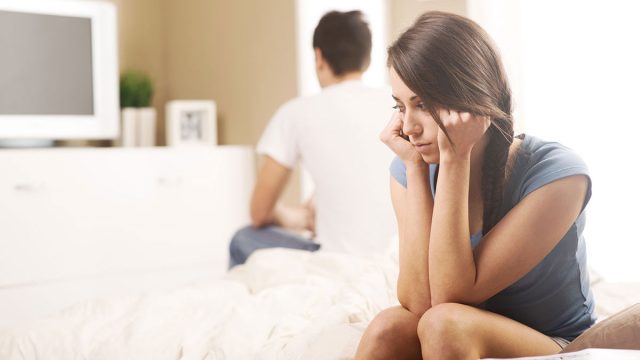 If you are dealing with a distant Capricorn man, then you are probably feeling confused and frustrated.

Why is he suddenly acting cold and aloof?

When a Capricorn man is distancing himself, there could be a lot of perfectly reasonable explanations that have nothing to do with you.

Don’t make the mistake of jumping to conclusions and assuming that his failure to contact you is a sign he doesn’t care about you anymore.

Once you have a better understanding of how his zodiac sign thinks and behaves, you will be able to determine why your Capricorn man has suddenly become distant.

Just because he’s not paying attention to you doesn’t mean it’s one of the signs a Capricorn man doesn’t like you anymore.

But he will stop liking you if you start acting needy and clingy due to your insecurity. Before you jump to conclusions, try to find out what your Capricorn man has going on at work.

Capricorn is a very hard-working and ambitious zodiac sign, so a Capricorn man tends to prioritize his career over everything else, including personal relationships.

If you haven’t heard from your Capricorn guy in a while, the most likely explanation is that he’s busy with a work project and doesn’t want to lose focus.

If this is the case, you will only push him further away by demanding his attention. He is trying to minimize distractions, so forcing yourself on him will irritate him.

Just send him a text message encouraging him to keep working hard, and let him know you’ll be there for him when he’s not so busy.

He’s Afraid of His Feelings for You

When a Capricorn man is done with you, he is more likely to tell you directly rather than disappearing.

If your Capricorn guy is acting distant, it could actually be a sign that he is starting to form intense feelings for you, and it scares him.

When a Capricorn man likes you a lot, he worries that his feelings mean he will get hurt. He is very protective of himself and guards his heart.

When he starts to fall in love with you, he might pull away because he is scared of the intensity of his emotions.

You can get him to come back by reassuring him that you’re not going anywhere and that you only have good intentions.

Be open and honest about your feelings and let him know that you don’t want to hurt him, but that it hurts you when he pulls away from you.

He’s Dealing With His Emotions

Every zodiac sign belongs to one of the four elements of nature: fire, air, earth, or water. A sign’s elements can tell us a lot about that sign’s character and temperament.

Capricorn is one of the three earth signs of the zodiac, and earth signs are known as being logical, rational, and practical.

Although he is very grounded and dependable, a Capricorn man is not the best at recognizing and expressing his emotions.

He is much more comfortable retreating into himself and handling his feelings alone than opening up and sharing how he feels with anyone.

Whether or not his feelings have anything to do with you, a Capricorn man might be acting distant because he is processing his emotions.

When he is sad, hurt, angry, or stressed, he may shut everyone out for a little while to figure out how he feels and how to react.

Give him space to work through his problems or encourage him to open up to you without being too demanding.

Let him know that you’re always there for him if he wants to talk or needs help (but don’t be surprised when he doesn’t take you up on the offer).

He will appreciate your sincerity and thoughtfulness, even if it doesn’t make him share his feelings with you.

He’s Mad at You

Since he clams up when he’s feeling upset at somebody or something else, it should come as no surprise that a Capricorn man will distance himself from you if he’s angry with you.

When a Capricorn man is mad at you, he won’t show it by screaming, being passive-aggressive, or even getting revenge.

If you make him angry, he will let you know by ignoring your calls and refusing to respond to your texts. He will barely acknowledge you in public and will be polite but cold.

If you’re going through a normal argument or disagreement, he will start paying attention to you once you apologize and work through the issue.

But if you make him mad enough and don’t apologize, a Capricorn man is perfectly capable of icing you out permanently.

He’s Hurt By You

When a Capricorn man ignores you, it could be his way of demonstrating that you’ve hurt his feelings.

He’s not being passive-aggressive or trying to punish you; it’s just that he’s vulnerable and doesn’t know how to react.

A Capricorn man isn’t particularly sensitive, but when he does get hurt, he hurts deeply. It takes a long time to earn his trust and an even longer time to build it back once it’s broken.

If he has entrusted you with his heart and you’ve betrayed him or done something to make him feel unloved, he will put up his walls again.

When a Capricorn guy shuts you out because you’ve hurt his feelings, you are going to have to put in a lot of effort to win him back.

Some zodiac signs like a little playful jealousy to spice up a romantic relationship, but Capricorn is not one of those signs.

A Capricorn man isn’t necessarily the jealous type, but he is possessive. If he trusts a woman enough to commit to her, then he trusts her to be faithful.

But he doesn’t like it when other men flirt with her or when he gets compared unfavorably to other guys.

Although he seems strong and confident, deep down, a Capricorn man is secretly quite vulnerable and insecure.

He will distance himself from you if you’ve done anything to make him feel unworthy or insignificant.

Some signs are more prone to being extroverts, but a Capricorn man is likely an introvert. He needs alone time to reflect and recharge.

If he doesn’t get enough time to himself, he becomes anxious, crabby, and irritable. When your Capricorn man is acting distant, he might just be taking some time alone.

Don’t pressure him to hang out with you or make him feel guilty for taking some space. He will appreciate you more if you are understanding and can keep yourself occupied with your friends and hobbies.

Remember that absence makes the heart grow fonder, and when a Capricorn man misses you enough, he will reach out to you again.

A Capricorn man doesn’t let many people into his close circle of friends and loved ones, but there is nothing he won’t do for the people he truly cares about.

When a Capricorn man is in a committed relationship, he gives his whole heart to his lover. He is very generous and supportive, and he doesn’t even expect the same in return.

But he does want his partner to show a little recognition and gratitude for everything he does for her and gives to her.

If your Capricorn man is suddenly distant and unavailable, it could be a clue that he feels underappreciated. He will take some space from you if he thinks you are taking him for granted.

A Capricorn man is at his best when he’s busy, and he is an excellent person to call in a crisis. This means that a Capricorn guy is often under a lot of stress.

He likes to surround himself with calm people that are soothing and relaxing to be around. He doesn’t like being around frenetic, intense, and unpredictable people because they just make him feel more nervous and stressed.

If you’ve been particularly emotional or dramatic lately, your Capricorn man might be acting distant because you’ve overwhelmed him.

He’s not trying to punish or hurt you; he just needs a little space because he doesn’t need any more tension in his life.

He Doesn’t Have Feelings for You

When a Capricorn man respects you, he won’t ghost you. He will at least have the courtesy to break up with you directly or tell you that he’s not looking for a relationship.

But if he only contacts you when he wants something, such as a late-night hook-up, it’s one of the signs a Capricorn man is using you.

If a Capricorn guy is already in a committed relationship with someone, he will distance himself from other women out of respect for his partner.

He might have female friends, but his relationship with them will be completely platonic because a Capricorn guy is a steadfast, faithful partner.

Although it’s out of character for a Capricorn guy to ignore you completely, he will resort to cutting you out of his life if you don’t take the hint that he’s not interested in you.

What Attracts Capricorn Men to a Woman?10 Ways to Hurt a Capricorn Man
Hello, I'm Liz