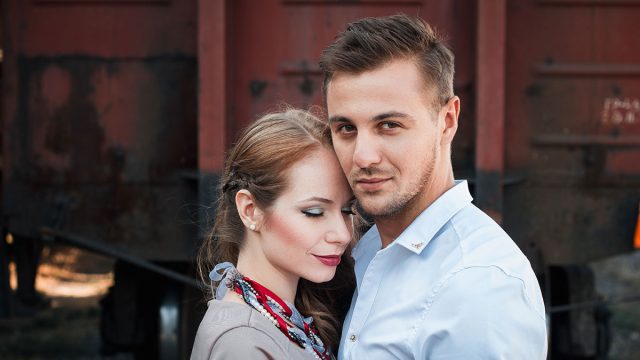 Dating a shy Taurus man can be a challenge. If you are not a patient person, you may find his slow pace frustrating.

Taurus men are notoriously slow, even when they aren’t shy. Shy Taurus guys will not easily let their guard down.

It can be hard to tell if a Taurus man is interested or just being friendly. This becomes even more complicated if he is a shy Taurus man.

A Taurus man’s slow courting style is frustrating, but when your Taurus love interest is a shy guy, you can expect him to even more hesitant and to send mixed signals. He’ll try to hide his vulnerability.

When a Taurus man misses you, he may start to come out of his shell, but he will usually not make his feelings clearly known. This is because he will hide to try to remain comfortable and discreet.

If you’re wondering how a Taurus man expresses love, he usually does so in practical, concrete and tangible ways. A shy Taurus man will be even more low key. He will need a lot of handholding and encouragement especially early in the relationship.

This may sound simple, but encouraging a Taurus man is not that easy. He needs you to be both consistently positive and encouraging but also not to crowd him. Taurus men are independent and will look to you for security but also pull back if you become too eager.

The best way to encourage a shy Taurus man is to do so in very small steps. Notice when he starts to appear overwhelmed. He’ll go quiet and his responses to you will slow down. When he shows these signs, step back and give him space.

But after a few days, continue to gradually coax him out of his shell. Show him that you are still interested in him and you’ll help convince a Taurus man to take a chance and open up to you.

2. Initiate in the beginning

A Taurus man’s early dating style is confusing. He often acts like he’s a friend but then will occasionally flirt with you. You may wonder about his intentions. The truth is, he may not even be entirely sure what his intentions are at first.

In the beginning of the relationship, you may have to be the one to initiate more frequently. This is confusing to many women who are taught to let the man make the first moves no matter what.

Yet if you wait for a shy Taurus man, the relationship may never get off the ground. It’s best to proceed slowly but to initiate at first so that he receives a clear message that you are interested in him. He needs to see that it is safe to proceed before he’ll open his heart.

A Taurus man testing you can send mixed signals. You may wonder if he is just leading you on. Yet usually a shy Taurus man will not do this. He will only show interest when he’s serious, but it may take him some time to get comfortable and show consistent interest.

A Taurus man’s communication style is notoriously frustrating. He won’t always tell you what is on his mind and will have entire arguments in his own mind instead of simply asserting his needs to you. He’ll react to these imaginary debates as if you’ve actually had an argument.

At the same time, a Taurus man will also suppress his feelings and remain silent until he can’t tolerate it anymore. Then, he will act resentful or passive-aggressive. Give a Taurus man time to get comfortable with you.

When he is ready, he will start to talk about what is on his mind. Even then, he may be slow to tell you how he feels because he doesn’t want to risk any conflict or confrontations. Taurus men need you to be patient.

Issues that you could normally resolve in a brief conversation may take days to resolve with a Taurus man because he’ll only hint at what he needs or how he is feeling. It can take much longer for a Taurus man to ease into a relationship, so you have to adjust your expectations.

Here is the secret language of Taurus men to make him love you forever.

4. Hint at Your Interest

If you see signs a Taurus man has a crush on you, getting comfortable with hints will help you connect with him. Taurus men don’t like confrontation. They can be direct and honest but when it comes to affairs of the heart, less is more.

It’s best to hint at things you have in common with him and let him see that you are an ideal match. A Taurus man will second guess his instincts. He’ll consider all the things that could go wrong with a relationship and this will often lead him to stall even more.

A Taurus man who sees that you love theater, the arts and humanities or that you are also interested in organic gardening or investing, he will start to warm up to you more. When he sees that you share an interest in similar music, he’ll find it easier to strike up a conversation.

Without being too obvious, try to drop hints occasionally to let your Taurus love interest know what your hobbies are. If you know in advance that he is interested in specific bands, shows, movie genres and the like, show a genuine interest in similar things.

Don’t fake it, a Taurus man will know if you’re deceiving him. He will shut down even more. Trust is important to a shy Taurus man and one of the best ways to build trust with a Taurus man is to show that you have some things in common.

If you can slow down your own expectations and take the extra time to reassure your Taurus man about your interest in him, you are more likely to see him warm up to you. If you use positive reinforcement, you can reassure a Taurus man that he is safe with you.

Taurus men are concerned about security and stability. They often look for signs that validate when they are loved. The more you give him small signs of reassurance, the better.

Shy Taurus men may need more coaxing than the average Taurus guy and it may start to seem as if he is high maintenance. He is to some extent but it will be worth it in the end when he starts to open up and trust you.

Taurus men are likely to watch you carefully for red flags. But they also watch for positive signs. If you show a Taurus man that you are trustworthy, you can break through his defenses.

The last thing you want to do is try to push through these defenses in a dramatic or confrontational way. Instead try to show him that you can be trusted and he will open his heart to you.

Keep your promises and if you aren’t sure if you can keep a commitment to a Taurus man, don’t give him your word. Once you promise a Taurus man something, he’ll act as if you gave a blood oath.

He won’t be flexible if something changes or an emergency comes up. It’s best to under commit but to be sure you can follow through than to promise him the world and not deliver.

Even a shy Taurus man can’t resist romance. When you show him your romantic nature, you’ll be able to appeal to the heart of a Taurus man. Show your Taurus man that you have a sentimental side.

When he starts to see your sensitive nature and romantic energy, a Taurus man will warm up to you. Even a shy Taurus man will come to realize that a relationship with you is worth the risk.

When you show him your romantic side, a Taurus man will start to fantasize about you. He’ll slowly come to see you as his ideal partner. This will help him ease into the relationship and let his guard down.

When you see the signs a Taurus man likes you through text, show him you are noticing his subtle cues by giving him positive encouragement to continue opening up to you.

His subtle cues may go unnoticed at first. A Taurus man may give you financial advice or ask if you need help with a major task at work or at home. These measures don’t seem romantic, but to a Taurus man these are signs of his love for you.

The very early signs a Taurus man has a crush on you are often subtle. Rather than acting like he wants to date you, he may act as if he is a career consultant or business partner. He will focus on practical things, not emotions.

Just as a shy Taurus man’s signs of love can be subtle, so too can he read subtle hints into your communication. He may even misread your cues. You may think you’re showing normal signs of interest and attraction, but your Taurus man may interpret your signs as being overbearing.

Taurus men can be intimidated easily. Generally, the more you can give him space, the better. A Taurus man who just wants to be friends may be testing you to see how you respond.

If you push for more than a friendship, he will shut down and may ghost you altogether. A Taurus man who is interested in you will need to feel like he is in charge of the pace of the relationship.

He may be instantly turned off that he gives up on the prospect of a relationship altogether. It’s best to be careful to not make a Taurus man jealous.

Taurus men are more sensitive than they like to let on. He may not want to convey this vulnerability. Yet if he sees any subtle sign that you seem interested in another man, he will back away and give up on you.