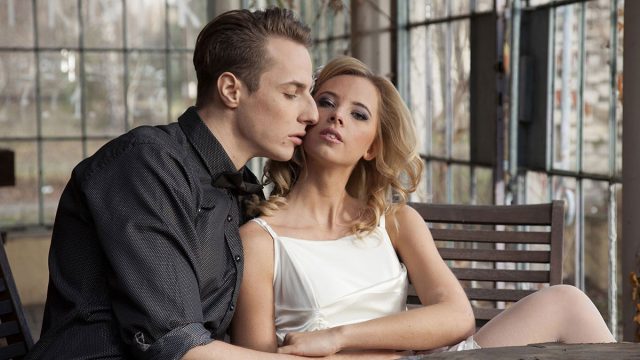 If you’re dating a Libra and he has a hard time sharing his feelings, you may want some tips on dating a shy Libra man.

How can you help this shy guy open up?

Even the most outgoing and gregarious signs can still have a hard time overcoming their shyness, and Libra is no exception.

The more you understand this sweet and romantic sign, the more you will be able to make him comfortable enough to get close to you.

By learning more about the typical Libra personality traits and psychological characteristics, you will be better equipped to date a shy Libra man.

Libras are non-confrontational, and one of their biggest pet peeves is when someone is aggressive and belligerent.

If you want to make your shy Libra comfortable with you, don’t be confrontational. If he fears you could get combative easily, it’s harder for him to open up to you.

You can show him how non-confrontational you are by avoiding fights, not just with your shy Libra guy but also with anyone else.

When he sees how friendly and easy-going you are, he will both feel more comfortable with you and find you more attractive.

Some signs enjoy the thrill of the chase more than others, and Libra men typically like to pursue the object of their affection. That doesn’t mean that you shouldn’t make the first move, though.

If you want to know how to get a Libra man to chase you, don’t be afraid to show him that you are attracted to him. If he’s too shy to make the first move, go ahead and do it for him.

But then, once you’ve expressed your interest in him, you need to retreat and let him come to you. If you pursue him too aggressively, it might scare your bashful Libra guy away.

Show him that you like him and he has nothing to fear by approaching you. He’s more likely to make a move if he knows you won’t reject him.

Make eye contact with him and smile from across the room, offer him your phone number, or have a mutual friend let him know that you’re attracted to him.

When you send him the first signal, even a shy Libra guy will take the hint and realize that it’s safe for him to approach you.

3. Put Him at Ease with You

Libras are usually the most social and outgoing of anyone in a room. They love talking and getting to know people, and they are great at putting others at ease.

You can win over your shy Libra guy by mirroring his behavior. Notice how he makes everyone around him comfortable with his affable nature and self-deprecating humor.

You can help you the shy Libra guy you’re dating open up to you by making him feel safe and secure in your presence.

Be warm and friendly, laugh at his jokes, and don’t talk about other people negatively behind their backs. When he sees how kind and amiable you are, it makes him more likely to let you in.

When he tells you he feels like he can be himself around you, it’s one of the signs a shy Libra man likes you. If you can help him relax, he will feel safe getting close to you.

4. Don’t Rush Him to Commit

If you have been dating him for a while and he still won’t commit or take the relationship to the next level, don’t assume that this is one of the signs Libra man has lost interest.

Libras are highly indecisive and question their own judgment. His reluctance to commit isn’t because he lacks strong feelings for you, but because he’s scared of making the wrong choice.

If you want to make your shy Libra man more comfortable, don’t pressure him to commit to you. He’ll do it in his own time and will feel much better about the decision if he reaches it without your influence.

You should let him know that you want commitment and will say yes when he asks you, but after mentioning it a couple of times, let the subject drop until he is ready.

Be patient and don’t nag him to call you his girlfriend or buy you a ring. The more you pressure him, the less likely he is to commit to you

5. Don’t Push Him to Make Decisions

Every zodiac sign has a symbol that explains something important about that sign’s personality and values. Interestingly, Libra is the only sign of the entire zodiac with an inanimate object for its symbol.

The symbol for the zodiac sign Libra is the scales, revealing that Libras are interested in justice, fairness, and equality.

It also reveals that one of Libra’s typical weaknesses is indecision. This is because Libras take a long time to deliberate any decisions they make, carefully weighing the pros and cons of every option and possible outcome.

Whether he is ordering a sandwich or buying a car, you have probably observed that the shy Libra man you are dating has a hard time making choices.

Instead of rushing or pressuring him to make decisions, be patient, and help him work through his problems.

Let him share his dilemmas with you and help him narrow down the options until he reaches a conclusion.

When a Libra man thanks you for helping him make a decision and compliments your level-headedness, it’s one of the clear signs he has feelings for you.

6. Encourage Him to Socialize

Libras are the social butterflies of the zodiac, and even the shyest Libra guy needs social interaction to feel happy and fulfilled.

If you want to know how to make a Libra man obsessed with you, you need to encourage him to socialize instead of begging him to stay home with you all the time.

Libras are naturally charming and flirtatious, so even a shy Libra guy might fear that you will get angry or jealous when he talks to another woman in a social setting.

If you are wondering how to make a Libra man jealous, chatting with other men in front of him won’t work. He trusts you and thinks it’s perfectly healthy for you both to mingle with other people.

When you are dating a bashful Libra man, encourage him to socialize, let him talk to other women, and trust that he is faithful to you.

Although they are excellent listeners and will patiently listen to anyone discuss their problems, Libras don’t like to be vulnerable or emotional in front of others.

They are uncomfortable with big emotional displays and dislike wallowing in negative feelings.

If you want to get your shy Libra guy to open up to you, you need to be unguarded with him first.

Tell him your fears, dreams, and embarrassing stories to show him that you have let down your guard around him and he can feel safe to open up, too.

One of the characteristics of a Libra man in love is that he opens up more to his partner than anyone else. When he tells you things he never shared with anyone before, he has fallen in love with you.

When your bashful Libra guy is comfortable enough to be vulnerable around you, it’s one of the undeniable signs that he likes you and your relationship is moving forward.

Although Libras prefer being in a relationship to being single, they don’t want a partner who is stuck to them like glue all the time.

A shy Libra guy can be overwhelmed by a significant other who wants to do everything together and can’t spend any time alone.

If you want to make a Libra man miss you, you have to take some time apart. Give him space to do his own thing and show him that you have a life apart from him, too.

When you demonstrate your independence and that you haven’t made him the center of your universe, it takes the pressure off your bashful Libra man.

Libras can be a bit temperamental because although they need time to themselves, they have a hard time communicating this to their partners.

Your shy Libra guy might not tell you that he’s desperate for a night alone or with the guys because he doesn’t want to hurt your feelings.

When you sense your bashful Libra guy is being distant, take stock of how much time you have spent together recently. If you’ve been attached at the hip, he is probably asking for space without saying it.

If you are wondering what to do when a Libra man pulls away, you need to give him some time to recharge by himself.

When you want to make the shy Libra man you’re dating open up to you, you can help him be more comfortable by being there for him.

Show him that you are dependable and he can feel safe falling for you because you will catch him.

Answer the phone when he calls, respond to his text messages, be punctual, and keep your promises.

When he sees that he can count on you, it will help your Libra man overcome his shyness and get closer to you.