Things You Need to Know When Dating a Scorpio Man 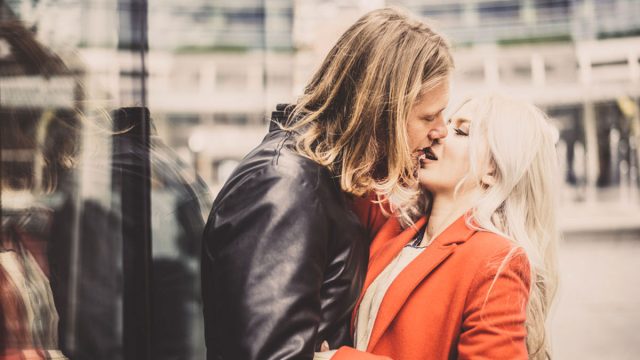 Dating a Scorpio man is not for the faint of heart. When he’s caught your eye and captured your heart, a Scorpio man can lead you on a wild goose chase.

A Scorpio man’s dating habits can be frustrating.

In the early stages of dating a Scorpio man, he can put all his energy into chasing you. Yet the hard truth about a Scorpio man is that he can confuse infatuation with love.

You may find he has suddenly turned cold. A Scorpio man can make you feel like the most important person in the world. When he goes cold, it can feel like the floor has evaporated.

A Scorpio man’s compatibility can show all the right signs for success. Yet he won’t always follow the logical path in love. He may keep you guessing.

When you see a Scorpio man’s in love signs, you may think you’ve made it to the finish line. Don’t celebrate too soon, though. A Scorpio man can make it seem like he’s an open book, but he’s got his share of deep secrets.

Who attracts Scorpio men? Women who are confident, independent but also who show vulnerability. He loves to show his power and authority and loves to feel in control. When you date a Scorpio man, you’re with someone who always needs to win.

A Scorpio man’s ideal woman is someone who can keep his secrets, empathize with his high and low mood swings, respect his privacy and fulfill his vast array of sexual fantasies.

He is attracted to women who make him feel powerful and important. A Scorpio man is both obsessive and detached in relationships. He will pour all his energy into you and then burn out.

When he burns out, he naturally steps back. But for a Scorpio, everything is all or nothing. He’s all in and then he seems ice cold. You need to be patient. He still loves you.

He’s just taking time to recharge his batteries and resume balance in his life. He also has a fiercely secretive side and will protect his deeper secrets. He needs to remain a mystery.

He Prefers to Keep Secrets

The key to understanding a Scorpio man lies in realizing his potential for deep secrecy and mystery. He needs to have a hidden chamber in his mind and in his life where he can store away his deepest fears and desires.

He needs this private space. Even when you fall in love with him, even when your dating gets serious, don’t make the mistake of trying to infiltrate this secret, private place in his mind.

If you try to dig into his deepest, darkest secrets in an effort to get him to “open up” you could be making a critical mistake. Rather than helping him to relax and open up, you’ll actually discourage him.

A Scorpio man who feels his privacy is being invaded will shut down immediately. If your attempts to get to know him sound too much like you’re prying, he may shut down or use sarcasm to discourage you.

A Scorpio man can make it seem like he’s up to trouble even when he isn’t. Even if he’s doing nothing wrong, he’ll act like he’s got a guilty conscience. At least, this is how his secrecy comes across to others.

When you see the signs that a Scorpio man has feelings for you, it can seem like you’re in good standing with him. Maybe you are for now, but don’t take this for granted.

A Scorpio man’s moods can turn on a dime. One of the worst things you can do is to embarrass a Scorpio man. He has a witty and crass sense of humor. A Scorpio man can laugh at the dark side of life.

Yet if you laugh at his expense, his humor will suddenly sour. He will be embarrassed. Never say or do anything that could harm a Scorpio man’s reputation. He sees himself as being under scrutiny even when no one is paying attention.

Still, this sensitivity will make a Scorpio man make mountains out of molehills. If you mention a sensitive topic, a Scorpio man will react as if you had just announced it over a loudspeaker. Even if you’re just talking to him privately.

Be careful about how you treat a Scorpio man. Show great sensitivity and mindfulness if you are talking about a touchy subject that may upset or offend him.

Never reveal embarrassing details about him. Don’t share personal stories with others that you think are funny or adorable. These stories are private to a Scorpio and will make him feel embarrassed.

A first date with a Scorpio man can seem like a dream come true. He’ll be completely focused on you and try to show you the time of your life. Over time, however, you’ll see how stubborn he is.

He will compromise and make you the center of attention at first. Yet when a Scorpio man knows you’re in love with him, when the relationship is more stable, a Scorpio man has a stubborn streak.

A Scorpio man will show this side of himself as the relationship develops. He will get into conflicts with you and lock horns, rather than compromising.

Though Scorpio men can be exciting, dynamic and intense, they can also be passionate and romantic. It can seem like dating a Scorpio man can be a headache.

Sometimes it can be, he is known to frustrate and infuriate. Scorpio men have a tendency to be opinionated. They can be demanding and dominating.

Yet they also show their intense passions and dynamic emotions when they’re upset. His passions can be channeled through his obsession with you or through his fixation on his work.

He Can be Devoted

A Scorpio man, for all his reputation of being a player, can also be deeply devoted when he’s in love. Scorpio men can show their devotion by being downright obsessed when they’re in love.

When a Scorpio man has feelings for you, he will usually be a man of his word. If he shows you that he is consistent and intent on making the relationship work, you can rest assured he’s dedicated to you for life.

This is contrary to another of Scorpio’s common traits. Scorpio men can be prone to cheat. This is because they are hedonistic, passive-aggressive and can seek power through affairs with high status people.

Yet a Scorpio man will either be prone to cheat and be careless about his commitment, or he will be completely devoted to you. There is no in between with a Scorpio man.

He Can be Jealous

The last thing you want to do in a relationship with a Scorpio man is to pay any attention to other guys. He will instantly feel insecure. If you speak fondly about your ex, he will become jealous.

If his insecurities are triggered, it can mean trouble for the relationship. He is likely to either disappear or lash out in a rage if he feels threatened.

Never play on a Scorpio man’s jealous side. Trying to make him jealous to see if he likes you is like playing with fire. You’ll get a reaction from him but it may not be the reaction you were hoping for.

A Scorpio man has a strong libido and prides himself on his sexual attraction and stamina. He views his sexual performance as a key part of his identity.

If you’re dating a Scorpio man, he’ll expect sexual encounters early on. It helps to keep him waiting to make sure he’s serious about you.

He may seem obsessed with sex, communicating with sexual undertones and constantly making sexual innuendos. A Scorpio man also expects sexual intimacy to be exciting and adventurous.

Scorpio men are classy. He is attracted to anything that suggests power. Five-star restaurants, trendy clubs, upscale venues, all of these things appeal to a Scorpio man.

He has an elitist side. Scorpio men see themselves as a cut above. He’s attracted to women who also convey this image of being superior to others.

Scorpio men can convey an image of having more money than they actually have. They like to enjoy the finer things in life and prefer others to think they are high status, wealthy and powerful.

He is going to want to be treated like a powerful person deserving of respect. Don’t cut corners when you give a gift, go for quality. When you plan a date with him, opt for venues with a great reputation.