Things You Need to Know When Dating a Libra Man 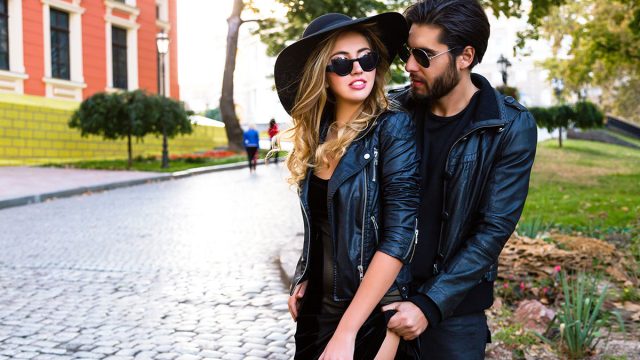 Dating a Libra man can be exhilarating or frustrating. It all depends on how well you understand a Libra man personality.

Libra men are born romantics but are also indecisive, you need to know what to expect when you date a Libra guy.

If you’re wondering how to date a Libra man, you’ve got to find ways to keep his attention. At the same time, don’t overwhelm him with emotion.

Once you know how to attract a Libra man you may think you’re in the clear. But this is only the beginning. A Libra man can waver when it comes to his interest in dating.

One of the biggest things you need to know is how to communicate with a Libra man. This isn’t as easy as it sounds. Though they are diplomatic, Libra men can be detached.

He’s Flirty but Slow to Commit

What does a Libra man look for in a woman? He’s got an ideal image in his mind and he looks for women who meet his image of perfection. For a Libra man, it’s not all about looks but image is important.

He enjoys flirting but is slow to commit. This is because he fears making decisions and eliminating other possibilities. He wants to make sure you are a perfect fit for him in every way before settling down.

In addition to appearance, he will evaluate you on several criteria. He’s going to make sure you are friendly, kind, compassionate, and that you have a positive attitude. He’ll want to see that you’re tolerant and open minded as well.

While he’s weighing all these factors, a Libra man may talk himself into a commitment one moment and then talk himself out of it the next. At the same time, he’ll continue to flirt and act like he’s ready for a serious relationship.

The best thing to do when he’s slow to commit is to not chase him. Instead of trying to convince him you’re the right woman for him, show him through your actions that you are one of a kind. Don’t be available every time he calls.

Give him a chance to miss you. When he does, he’ll make a move to solidify the relationship and make his commitment official. He won’t do this unless he fears he may lose you, so don’t be too eager. Let him come to you.

If you’re wondering how to tell if a Libra man likes you, you have to consider his actions over the course of time. One off day doesn’t mean the end of the relationship. Like the scales, he shifts from one extreme to the other.

A Libra man can seem hot and cold. What this really means is that he is more attentive some days than others. Libra men can get lost in their minds or distracted by their interests and friendships.

He’s not going to be as focused on you every day. This is normal for a Libra man and not a sign he’s lost interest. The signs a Libra man is in or not into you are usually more dramatic.

When he’s quiet for a day or two, he’s balancing time with you and time alone. If you understand this aspect of his personality, you’ll be able to wait out the ups and down.

Libra man dates are a blend of romance and intellect. He loves to be mentally stimulated when he’s getting to know you. It’s no surprise then that a Libra man will intellectualize his feelings as well. He doesn’t pour his heart out.

If you’re waiting for him to express his feelings, you may become frustrated. He’ll talk poetically about his ideal love or the romance he desires, but he won’t connect the dots and make those emotional statements about you specifically.

Instead, he’ll use a roundabout approach to expressing his feelings for you. This will be confusing to any woman who expects him to open up and talk about his deep, inner feelings. The closest he may get to this is sharing his ideals and fantasies.

When a Libra man is done with you, he’ll stop communicating altogether. You won’t see him make the same effort he made in the past. He also will shut down any hint of emotional connection he used to show.

It’s important to appreciate a Libra man’s need for space. He’s not independent and hates the thought of being alone. Yet he needs space in a relationship. He uses his downtime to catch up with friends.

He also takes time away from dating to work on his many projects, interests and hobbies. Sometimes a Libra man just needs a balance between your personality and time with friends who have different personality styles.

The common Libra man in love signs include his desire to spend more time with you, spend hours talking on the phone with you, and becoming more personally attached. Yet as the sign of the scales, these behaviors are always balanced by their opposite.

He will spend an entire weekend with you, then need a few days after to decompress and process his feelings. He may spend a romantic evening divulging more of his personal life and then act detached the following day.

Don’t take his distance personally. Unless it persists for a long time without periods of closer connection, it is not cause for alarm. It’s simply a Libra man doing what is natural for him. He usually comes back around and shows you even more attention.

One of the best ways to reach a Libra man’s heart is through his love of art and the humanities. He’s creative and can find beauty in everything around him. He will admire your creativity as well, so flaunt your artistic style.

When you’re dating a Libra man, show your knowledge of art history, music and theater. You’ll impress him if you can quote well known authors and identify famous paintings. Speaking in artistic terms rather than emotional terms appeal to him.

Entice your Libra man by inviting him to dates at art galleries or suggesting trips to the theater. When your Libra man sees that you are a patron of the arts, he’ll become more attracted to you.

His artistic nature also makes him sensitive. When your Libra man feels hurt, he may be reacting to something benign that you said. He may also misinterpret a joke or comment and take something personally that wasn’t intended to be an insult.

When you’re dating a Libra man, you have to remember that he’s loyal to his friends. This includes his female friends and even his ex-girlfriends who are likely still on good terms with him.

Unlike some guys who will put their date first and friends second, a Libra man sees all his relationships as equal. He won’t prioritize you just because he’s dating you. This can feel like an insult if you don’t understand his personality.

A Libra man will want to make sure he doesn’t lose connection with friends even when he’s excited about dating you. He may alternate romantic nights out with you with time spent among friends.

It may take him some time to introduce you to his friends as well. If you insult or offend his friends, he’ll be turned off by you and may reconsider the relationship. If you want to stay on his good sided you have to be kind to his friends.

A Libra man will avoid drama. If you think that he will become more committed to you because you make him jealous or pick a fight to get his attention, he may run for the door. A Libra man in love still will choose peace of mind over drama.

If he thinks you’re too high maintenance or too emotional, he’ll step back. Libra men want to date women who are agreeable, peace loving and harmonious like they are.

He won’t tolerate fighting, mind games or jealousy. If you are insecure about his ongoing friendship with his ex, it’s best to work on yourself and trust him rather than trying to give him an ultimatum.

One of the biggest mistakes women make when dating a Libra man is trying to be too much like him. Libra men are attracted to women who share some of their qualities. Being kind, idealistic and gentle, for example.

Yet they need polarity. You don’t have to like all the same things he likes. In fact, if you do, it may signal the end of the relationship. He will become bored because there is nothing to stimulate his mind.

He prefers to date women who are different enough to excite him but not by creating drama and chaos. Challenge him mentally. Don’t agree with everything he says. Present a different perspective.

Libra men are hedonistic. For all their love of balance and moderation, Libras go to extremes when they are in search of pleasure. Keep things exciting and new especially in bed.

Your Libra man will want to find the joy in every encounter he has with you. If your dates or time spent together is no longer fun, games and excitement, he’ll get bored. He may lose interest altogether.

Make sure to pay attention to his need for sensuality and excitement. Think of your dates with him as a chance to explore sensual experiences together.

Though it seems paradoxical, a Libra man has a jealous side. He doesn’t like it when you show jealousy, and he avoids being possessive for the most part.

But when he’s serious about you and has taken the risk to make a commitment, his jealous side will emerge. He won’t respond well if you flirt with other guys. If you speak too fondly about your ex, he will get uncomfortable.

Never play on a Libra man’s jealous side simply because you wanted to get his attention. Doing this will backfire and may lead him away from you.