Things You Need to Know When Dating a Gemini Man 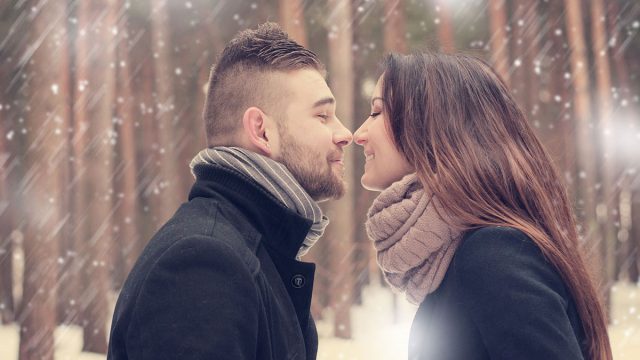 Dating a Gemini man can be fun and exciting. Problems may arise if you expect him to get serious and settle down too soon, though.

When you’re dating a Gemini man, you have to expect him to run hot and cold for a while before making up his mind.

What does a Gemini man like in a woman? He’s attracted to women who are intelligent, playful and interesting. Dating a Gemini man requires a sense of humor.

If you’re wondering how to tell when a Gemini man is in love, it’s not always that easy. He may be flirty but he’ll downplay his deeper feelings.

If you wonder how to tell if a Gemini man is playing you, this is also not clear. He’s comfortable dating a number of women at once and in fact prefers this variety.

Don’t take it personally when your Gemini date can’t make up his mind where to take you for dinner. His reluctance to make a solid commitment to you is not really about you. It’s actually all about him. Gemini men are notorious for being indecisive.

In fact, when he does make up his mind to take you to one restaurant for dinner, don’t be surprised if he takes you to another one for dessert because he really couldn’t decide between the two.

This can be fun and amusing when he constantly asks your advice to select what movie to watch or even what to wear. But it becomes concerning when a Gemini man can’t decide who he wants to commit to, and chances are he will go through this struggle.

It’s why he usually dates two or three or more women at the same time and takes a longer time than you would expect to make his mind up and pick one relationship. Gemini men are indecisive because they can see every side of a situation and hate to commit to one course of action.

What qualities does a Gemini man look for in a woman? He is drawn to women who are intelligent, funny, interesting and great conversationalists. He is also attracted to women who are assertive and more decisive than he is.

This is because he is not good at following through on his many great ideas. He has a talent for coming up with new ideas but he doesn’t usually follow his ideas through to completion. One reason is his indecisiveness.

Another reason is because he becomes bored easily. A Gemini man may start off on the right track but lose motivation and become distracted by other interests. His ideal date is someone who can keep him motivated and encourage him to follow through on his plans.

A Gemini man’s weakness in love is that he doesn’t like to let anyone down and can be a people pleaser. This may feel good when he’s telling you what he thinks you want to hear. Yet he may not always mean exactly what he says.

He sees this as being diplomatic. A Gemini man who doesn’t want to hurt or offend anyone may be excessively nice and attentive even when he’s run out of interest in a relationship. Sometimes he’s inclined to string a woman along if he has an ulterior motive.

As a result, he may not be the most reliable date. At least not at first. It can take months to really discover if a Gemini man is really into you or if he just enjoying casual dating but isn’t ready to commit to you.

How does a Gemini man express love? He’ll show you when he’s falling in love with you by spending more time and attention exclusively focused on you. Gemini men can set the stage for drama unintentionally, but they don’t like drama.

Gemini men like to have fun when dating but they don’t like drama. A Gemini man who is dating you will want to keep things optimistic and positive. He doesn’t want to look for trouble.

When you’re dating a Gemini man, even though your jealousy may be triggered, it is best to keep things light and fun. If you show him jealousy or try to get him to cut off communication with other women, he’ll think you’re controlling him and lose interest.

If you want to know how to make a Gemini man miss you, keep in mind he is attracted to people based on experiences, not emotions. He falls in love with how he feels when he’s in your presence but he doesn’t like to talk about emotions.

You’ve got to make a strong impression on a Gemini man in order to get his attention and to make him miss you. A Gemini man will remember a woman who is remarkable for her communication skills. If you are independent and fun to be around, he’ll also be drawn to you.

Geminis don’t like to talk about feelings though. Rather than revealing his vulnerable emotions, he is more likely to talk to you about his thoughts and ideas. He needs to maintain a safe distance from his emotions in order to feel secure.

This shocking video will show you 3 ways to tell if your Gemini man secretly wants you back.

Gemini men need to feel mentally stimulated. They love to share ideas. It’s fine if you don’t agree with him on every point. In fact, he prefers this. It gives him more to think about. Gemini men find it exciting to learn new things from others.

When you are open to sharing ideas with him, a Gemini man will see you as an ideal date. Don’t be surprised if a good portion of your date night out is spent sitting in a café discussing politics, books and movies.

If he’s really having a good time, he’ll talk to you for the entire night. He won’t repeatedly check his phone or appear anxious or bored. A Gemini man needs mental stimulation in order to feel a connection so keep him on his toes.

A Gemini man in love will show you through his actions that he’s really serious about you. His words alone won’t count for much. Gemini men are highly expressive. They can be diplomatic and articulate.

They also know how to use language to flatter and manipulate. It’s not that a Gemini man is lying when he flirts with you, but do keep in mind he’s used the same successful pickup lines again and again. He may say all the right things but gauging whether he means them is a different story.

A Gemini man who tells you what you want to hear for a few days and then disappears for weeks likely didn’t mean what he was saying. Also, he may have meant it in the moment but then got cold feet and discovered he’s not ready to settle down.

Don’t hang on his every word. Take his words in stride and look for proof of how he feels through his actions. A Gemini man will show you how he feels about you through the way he treats you.

His chronic fear of missing out and indecisiveness make a Gemini man notoriously slow to commit. When he’s dating, he just wants to have fun and get to know someone. He loves attention and companionship.

Just because he makes plans with you every weekend and looks into your eyes when talking about his dreams doesn’t mean he’s ready to settle down. If you are too eager or push him too far, he’ll disappear.

Gemini men take a long time to decide what they want. This is true of every decision he makes and is especially true when it comes to love and romance. He may procrastinate and avoid the decision to settle down because of fear of losing his independence.

He Doesn’t Open Up Easily

Gemini men in relationships can hold out on showing their feelings. At some point, you just have to trust that things are going well and he’s interested in you, even if he doesn’t tell you how he feels about you.

If you assume that his lack of talk about his deeper feelings means he’s not falling for you, you could miss out on a good opportunity. Gemini men are great communicators when it comes to any subject except emotions.

It takes them a long time to open up on a deeper level. Sometimes they don’t reveal their emotions at all. You may have to be patient and give him time to let his guard down and even then, he’ll only do so small steps at a time.

Convince your Gemini man that you're his soulmate.

He Still Talks to His Exes

Among the more frustrating Gemini traits is his tendency to keep communication open with people from his past. This is actually a good thing. It means he respects his friendships and relationships and is good at communicating.

The frustrations arise if you are jealous because the people from his past that he still keeps in touch with are his ex-girlfriends. It’s just part of the package deal. When you’re dating a Gemini guy, be prepared for him to have a number of friends, including female friends and including exes.

If you try to get a Gemini man to discontinue a connection with his exes, it will only result in a power struggle. This will discourage him from dating you. He may tell you want you want to hear and then continue doing exactly what he wants. He may also push back and defend his exes, which then makes you seem jealous and unreasonable.

Avoid this drama by accepting that his exes still talk to him but they are exes for a reason. Don’t worry about his connection with them, focus instead on enjoying your time dating him and keeping his attention on you.