10 Easy Tips to Help You Date a Libra Man 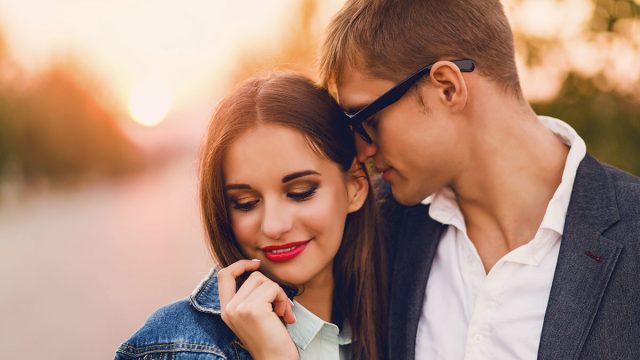 If you are going out with a Libra guy, you might be looking for advice on how to date a Libra man.

What are some easy ways to jumpstart your relationship?

Each zodiac sign has a unique dating style, and learning more about a man’s sign will tell you what to expect when you are going out with him.

His astrological sign’s typical personality traits and psychological characteristics reveal a great deal about what he looks for in a woman and how he approaches dating.

Understanding the Libra personality better will help you know what you can do to make dating a Libra man more fun and fulfilling for both of you.

1. Be Patient With Him

The first thing you need to know about dating a Libra guy is that you must be patient with him.

Although Libras like being in relationships and they make faithful partners, they are slow to commit.

If you have gone on several dates with a Libra guy and he still hasn’t mentioned anything about taking the relationship to the next level, it doesn’t mean that he doesn’t have strong feelings for you.

Libras are slow to commit because they like to take their time getting to know someone well before getting exclusive or taking the relationship further.

They are typically led by their heads, not their hearts, so no matter how much your libra man likes you he will still hesitate to make any promises.

Don’t rush him into a commitment or try to guilt him into making any big decisions about your relationship. You will only stress him out and push him away.

Be patient and trust the strength of your bond, and your Libra man will eventually see that you are the perfect woman for him.

Looking and finding love with a Libra man doesn't have to be impossible! Here's how...

Each zodiac sign has a symbol that reveals an important personality trait of that sign. Libra, the only sign represented by an inanimate object, is symbolized by the scales.

This means that Libras are interested in justice and equality. They can see from multiple perspectives and have a hard time making decisions because they analyze all the potential outcomes first.

Men born under the Libra horoscope sign get overwhelmed when presented with too many options and lack confidence in their decision-making skills.

When you are dating a Libra guy, expect him to struggle with commitment and decisions. Instead of getting exasperated or pressuring him to make a choice, help him work through the issues he faces.

If you can help a Libra man weigh the pros and cons of his decisions, he will see what a considerate and valuable partner you are. He will realize he is lucky to be dating someone like you.

3. Be A Calming Presence

Those born under the Libra zodiac sign are typically rational and level-headed, but they are also more prone to anxiety than many other zodiac signs.

Because they are so social and a little bit superficial, they care deeply about what other people think of them, which can be a common source of their anxiety.

When you are dating a Libra man, make a conscious effort not to be too emotional or dramatic. He needs someone who calms him down, not riles him up even more when he is feeling worried or upset.

When he is stressed out, give him a massage, take some of his stressors like chores off of his plate, and help him talk through his fears.

He will see that you help keep him centered and balanced, which is exactly what a man born under the sign of the scales desires.

Longing to win the heart of a Libra man? Put him under your spell...

Libra is one of the most agreeable and outgoing of all the star signs. A Libra man is a natural flirt, which can occasionally get him into trouble when he’s dating someone special.

A Libra man’s flirting style is sweet and charming, not overtly sexual or aggressive. He flirts because he knows it makes people feel good, not because he is romantically interested in anyone else.

The best match for Libra man is a woman who is self-confident enough to trust him, even when he flirts with other women. She has to accept flirtatiousness is part of his personality and doesn’t mean he is unfaithful.

When you are dating a Libra man, you need to trust him and know that just because he is chatting with another girl at a party, he is still completely loyal to you.

He will never take flirting too far and get sexual or romantic with another woman, and he has no intention of straying.

Libras are the sociologists of the zodiac and they love learning about human nature and the way people think and behave. They enjoy people-watching and any social activity.

Libras make excellent psychologists and therapists because they have an innate desire to understand and help people.

If you are dating a Libra guy, you have to open up to him. Tell him your dreams, your fears, and your deepest desires.

He wants to know everything about you and understand you on a deep level. Although a Libra man is popular and well-liked, not everyone knows his inner self.

If you open up to him, he will share his thoughts and feelings with you, as well. The only way to get closer to him is to be forthcoming, and he will reciprocate your honesty.

Those born under the Libra sign yearn for someone who wants to be in a relationship but doesn’t need a partner to feel whole.

A Libra man wants a woman who is strong and independent, but still enjoys being in a relationship and having a partner to share her life. She has to have a life of her own first to share.

A Libra guy likes dating an ambitious woman who has her own friends, plans, hobbies, and goals. He doesn’t want his partner’s world to revolve around him.

If you are dating a Libra guy, show him that you have a fulfilling life without him, but he adds to your contentment.

Don’t cancel your other plans every time he asks you on a date, and don’t pressure him to spend all of his time with you.

7. Take Care of Yourself

Every zodiac sign has a governing heavenly body that tells us something about that sign’s personality. Libra is ruled by Venus, which is the planet of love and beauty.

This means that Libras are very invested in looks and appearances, and can even be a bit shallow and superficial.

A Libra guy likes dating a woman who takes care of herself. He wants to show off a woman who is well-groomed and well-dressed.

This doesn’t mean that you need to be flashy or spend a lot of money on makeup and clothes. Your Libra guy doesn’t expect you to wear a cocktail dress every time he sees you.

Just don’t wear sweatpants and messy buns on all of your dates with him, or he will think you don’t care what he thinks of your appearance.

As a sign ruled by the planet of beauty and love, Libras are quite romantic. They adore being in love and they are rarely single.

They aren’t necessarily codependent, but Libras prefer being coupled up rather than being alone. They enjoy being surrounded by other people, especially when they have a special someone by their side.

Not everyone gets to see the romantic side of your Libra man. He usually reserves it just for the woman he is dating, and he wants to see your romantic side, too.

When you are dating a Libra guy, don’t be afraid to do cute romantic gestures for him, like slipping a sweet note in his pants pocket or surprising him with his favorite meal.

With the planet of love governing their sign, Libras are innately warm and affectionate. They use physical touch to communicate their feelings, so you can expect lots of kisses and cuddles from the Libra guy you’re dating.

When a Libra dates someone, he wants that person to show him as much attention and affection as he gives her.

Make sure you lavish him with as much affection as he offers you, otherwise he might feel unloved or sense an imbalance in the relationship.

To make the Libra man you are dating happy, hold his hand, give him lots of hugs, and be physically demonstrative of your feelings for him.

10. Be Social and Outgoing

Men born under the Libra horoscope sign are gregarious and outgoing, and they need a partner who will not only tolerate their social nature but also embrace it.

A Libra guy doesn’t want a partner who always wants to sit at home on the couch. He needs to go out and socialize, otherwise, he becomes restless and depressed.

Go to social events with the Libra man you are dating as much as possible, or at least don’t always try to convince him to hang out at home with you instead.

You will win over your libra man if you support his outgoing nature and encourage him to have a good time with his friends.