10 Easy Tips to Help You Date a Capricorn Man 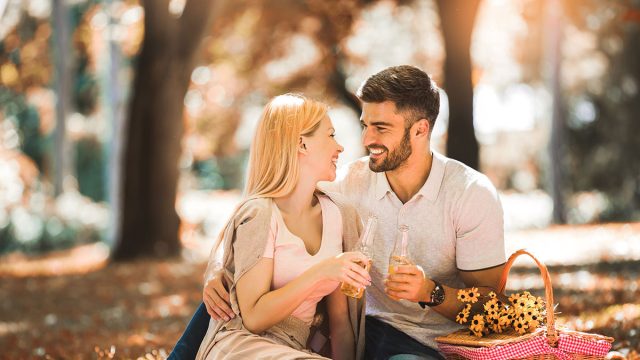 If you want to date a Capricorn man, you need to go at his pace. Some Capricorn men can take things slow, but that doesn’t mean he’s not interested!

Be open and honest while dating a Capricorn man if you want to keep him around.

Dating a Capricorn man isn’t always easy, but it can be if you know what you’re doing! Be patient, show respect, and work to gain his trust.

Capricorn men seem like they’re too busy to date, but a Capricorn man will make time for dating if he’s genuinely interested. Show him that you’re also interested, and let him woo you!

Things might go slow initially, and the early stages of dating a Capricorn man can seem a bit boring, but things will pick up. Trust that he’ll open up as you get to know one another.

Dating a Capricorn man can seem slow at times. There’s no need to rush, though! If you take your time, your Capricorn man will likely enjoy dating you more.

Capricorn men are not that spontaneous, and they aren’t impulsive. If you are, try slowing down and just taking your time with him.

You don’t need to ask him out on a date the first time you chat or ask him to come back to your place after your first date.

When you take your time, you’re showing your Capricorn man that you’re serious. He’ll want to keep dating you when he knows you’re not just in it for sex or instant gratification.

Attracting a Capricorn man is all about balance. You need to show interest but can’t come on too strong. It’s better to let him woo you.

Capricorn men are usually more dominant and prefer to be the ones chasing in relationships.

If you think your Capricorn man is trying to impress you, show him you’re impressed! If he does old-fashioned things like holding the door for you or pulling out your chair, let him.

Your Capricorn man will appreciate it if he can be the one to ask you on a date first or initiate your first kiss. Even if you’re used to taking charge, try stepping back. Let your Capricorn man woo you and romance you the way he likes.

If you want to date a Capricorn man, it’s best to go at his pace. If he wants to chat for a while online before meeting you in person, respect that. If he wants to date for a few weeks before making anything official, just go with it.

Capricorn men think things through before they do anything. Your Capricorn man will eventually pick up the pace once he’s ready to be serious about you, and he won’t always go at a slow pace. He will at first, though, so don’t rush him.

When a Capricorn man kisses you, that’s often a sign that he’s starting to get serious about you. A Capricorn man is unlikely to kiss you on the first date or even the second. If he’s taking things slow, try to go at his pace.

If you want to know how to attract a Capricorn man, you must dress to impress!

You don’t need to be overly flashy, and your clothes don’t necessarily need to be expensive. Capricorn men prefer classic, sophisticated silhouettes, and you can put together a great outfit using relatively simple pieces of clothing.

A well-fit blouse, tailored trousers, or a dress that hugs your curves while not revealing too much will all impress a Capricorn man.

Simple makeup and good hygiene will impress him as well. You don’t need to go overboard. Just stick with the classics.

When a Capricorn man respects you, he’ll be incredibly disappointed if you don’t show him that same respect. He won’t date you for long if you can’t be courteous and respectful, especially regarding his boundaries.

Show your Capricorn man respect by sticking to “safe” topics of conversation during your first few dates. You don’t need to start asking questions that are overly personal or sexual until he’s shown he’s comfortable with that.

Respect his time as well. If you show up late to your first date or cancel on him more than once, he won’t want to keep dating you!

If your Capricorn man sets a boundary with you, respect it. Do not push him, even if you don’t necessarily understand why he set the boundary in the first place.

6. Show Off Your Mind

What attracts a Capricorn man? Intelligence is one trait he’s looking for in a woman. If you want to date a Capricorn man and keep dating him, you must show off your intellect.

If you share any intellectual interests with your Capricorn man, you can start talking about those. If you don’t share many interests, talk about whatever you know! He’ll love learning new things.

Ask insightful questions when your Capricorn man discusses a topic you’re unfamiliar with. Discuss books you’ve read or what you studied at school. If you’ve learned something new recently, tell him all about it!

Don’t be afraid of showing your Capricorn man how smart you are. Whether you’re in the pre-dating phase or you’ve gone on a few dates already, you should let him see that you can keep him intellectually stimulated.

His distrustful nature can be one of a Capricorn man’s weaknesses in love. If you want to date long-term, you should work to gain your Capricorn man’s trust from the moment you meet him.

Prove you are trustworthy before you start dating. Show your Capricorn man how honest you are as soon as you begin speaking with him.

If you have a Capricorn friend and want to start dating him, you must show him that he can trust you! If he doesn’t trust you as a friend, he will not date you.

Always tell your Capricorn man the truth. If he confides something in you, keep his secrets. Don’t gossip to him about others either. He will assume that you’ll gossip about him if you do that.

Show how reliable you can, too, and he’ll trust you more. If you say you’ll message him at a specific time, do it. If you two make plans, arrive on time and never cancel on him at the last minute.

8. Don’t Play Games With Him

To date a Capricorn man, you need to be open and honest from the start. If he senses any deception from you, he won’t date you in the first place.

Do not play games with your Capricorn man. You might be used to playing hard to get, but it’s better not to do it most of the time.

A Capricorn man will chase you if you show interest, but he’s not going to keep chasing you if you play games with him too much. Playing hot and cold won’t get you another date with him.

Dating a Capricorn should never have to be a game. You can be sincere and show genuine interest in him. That is the best way to get him to ask you out in the first place and how you’ll keep him around.

Be sure to message a Capricorn man after a first date if you want to see him again. If he doesn’t message right away, it might be because he’s unsure if you’re interested!

Planning regular date nights is essential when you’re seeing a Capricorn man. He likes consistency and knowing he can rely on someone to be there regularly.

Capricorn men also get incredibly busy, but one of the signs a Capricorn man likes you is that he’ll always make time for your date nights. If he knows he’s seeing you at a particular time, he’ll keep that time free for you.

Be sure to be on time for these dates as well! You may want to show up early for your first date to show him you’re serious. Continue being reliable, and he may want to keep dating you.

If you’re ever frustrated by how long it’s taking your Capricorn man to open up once you start dating, try to just be patient!

Capricorn men need patient partners. You will go much further in your relationship with a Capricorn man by being compassionate and caring, even if his pacing or inability to open up can sometimes be irritating.

If you’ve gone on a few dates and your Capricorn man isn’t moving things along as fast as you’d like, don’t worry too much about it. As long as he is still asking you on dates, or saying yes when you ask him, then he’s still interested.

Try to just enjoy dating a Capricorn man, and don’t set unrealistic expectations for him. If you’re impatient and want things to move along much more quickly, your Capricorn man might not be the best person for you right now.