Do Taurus Men Cheat More Than Others? 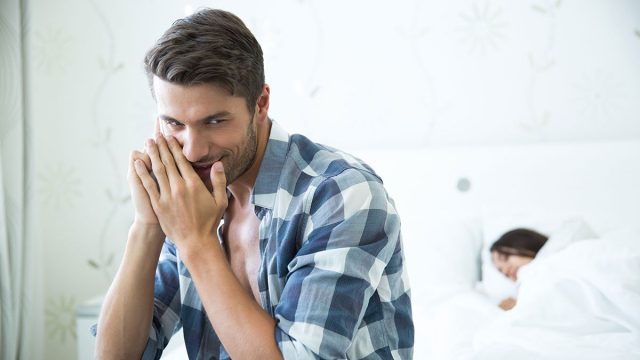 A cheating Taurus man is an anomaly. There are various factors that make Taurus men almost cheat-proof.

Though under certain circumstances, a Taurus man may be tempted to cheat.

For many reasons, Taurus men can be loyal and faithful partners. This is not to say they would never cheat, but it is unlikely that a Taurus man will cheat more than other men.

Taurus men don’t easily open up. They are cautious, loyal and bound to traditions. Starting an affair takes more effort, deception and even creativity than a Taurus man wants to make.

But that doesn’t mean a Taurus man will never cheat. Certain temptations can get the best of a Taurus man. Yet he’s not a higher risk for cheating than other men.

Even a married Taurus man in love with another woman will break his resolve if he is dedicated to his spouse. Yet there is a weak spot that can make Taurus men likely to cheat. Taurus men are tempted by hedonism.

They are pleasure seekers. Under most circumstances, a Taurus man won’t violate the boundaries of his relationship because he values trust and security. Yet Taurus men do love to indulge in what makes them feel good.

This means he can turn to alcohol to unwind, which can lower his inhibitions. It also means that if he is traveling a great deal, if his sex life hasn’t been great, or if he is separated from his partner for a period of time, he is susceptible to giving into temptation.

A Taurus man who is truly in love will make an effort to keep his promises and remain loyal. If their resolve is broken, it is because of overwhelming temptation for pleasure and intimacy. This is especially true if he has not had much joy or pleasure in his life lately.

Taurus men can put themselves in a susceptible position by overworking or being committed to their responsibilities without making time for fun and pleasure. Inevitably, their attempts to stifle their hedonistic nature will backfire.

For a Taurus man, divorce is a last resort. He may remain in a relationship even if he is not happy, just to avoid breaking his commitment. Taurus men take commitments seriously. They don’t like change and can resign themselves to staying with someone even when times are tough.

For this reason, a Taurus man is less likely to cheat. He would rather follow through on his obligations and honor his commitments. It takes a Taurus man a long time to make a commitment in the first place.

The prospects of changing his mind or starting a new relationship when one is not working out is truly daunting to a Taurus man. He would rather tough it out and try to make things work with a current partner than to make things worse by involving a third party.

If there is a risk of a Taurus man cheating, it will be when he is truly unhappy in a relationship for a long time and doesn’t see any way out of the relationship. Even then, he is only likely to cheat if someone is consistently pursuing him. He won’t usually make the effort to chase when he’s in a relationship already.

Dating a Taurus man is more likely if his inhibitions are affected, as is the case if he routinely drinks alcohol. A Taurus man who is under the influence or who has a pattern of drinking to deal with stress is more likely to override his own boundaries.

He may engage in a one night stand if he is intoxicated, only to regret it the next day. He’ll try to keep this indiscretion a secret and won’t want to repeat this mistake. If he’s steadily dating someone outside of his main relationship, chances are he is not going to take his side relationship seriously.

He may promise that he’ll get a divorce or leave his girlfriend, but this is seldom the case. If he was going to leave, he would have done so already rather than cheating.

Will a Taurus man leave his girlfriend? If he can have his needs met while staying in the relationship in which he is comfortable, odds are good he will not leave the relationship. It is better to hold off on an intimate relationship while he is with someone else.

If you know how a Taurus man expresses love, he will use acts of service and physical styles of nurturing to show a woman he loves her. Yet if she doesn’t recognize his devotion and love, he will be hurt.

Usually, he won’t seek an affair right away. But if he meets someone who shows him the praise and appreciation he craves, he may be tempted to cheat. He usually will do so as a last resort.

When a Taurus man cheats, it is an indicator he’s been unhappy in a relationship for a long time. Aside from intoxicated indiscretions, a Taurus man won’t rush into an affair as a way to seek revenge.

Instead of looking to an affair to get even when he’s had an argument with his partner, a Taurus man will try everything he can to make things work. Only when he feels he’s out of options will a Taurus man break down and seek attention outside the relationship.

A Taurus man, after a divorce, may be eager to get into a new relationship because he craves the security of a relationship. But he won’t commit until he’s truly ready. This means he can drag things out for a long time.

When he does finally make a commitment, rest assured a Taurus man is not easily distracted. He loves beauty and appreciates attractive women, but when he’s given his heart to you, a Taurus man has no intention of backing down from his commitment.

Which is one of the reasons he takes so long to make the commitment in the first place. Taurus man don’t like to be deceived and so they take their pledge of exclusivity seriously.

A Taurus man may look when a beautiful woman catches his eye, but if he’s committed to you, this commitment will be his first priority. He won’t flirt, nor will he become physical with another woman because he doesn’t waver when he’s made a commitment.

He’ll Cheat Out of Anger

If a Taurus man is unhappy in a relationship, he may eventually cheat out of anger and resentment. The key to remember is that he won’t do this impulsively. It won’t be his first reaction.

Instead, a Taurus man will ruminate on his anger. Only when he’s been carrying around steady resentments for a long period of time, will a Taurus man resort to infidelity as a way to express his anger. He usually understands that cheating will only make things worse.

Yet if he has found no other way to suitably express how unhappy or angry he is, a Taurus man will do the unthinkable. He’ll break with tradition and go against his own better judgment.

Usually, Taurus man are more practical than this. Yet if he feels disrespected or is angry enough for a prolonged period of time, he will eventually consider committing the ultimate betrayal. This is not usually something he does out of a brief spurt of anger.

He’ll Cheat if You Do

When a Taurus man misses you, he will try to ignore all the things that went wrong in the relationship. Yet if he loves you but has been hurt by you, he may seek revenge through infidelity.

But if a Taurus man knows you have cheated, and still loves you, he’ll cheat as a way to manipulate you and get even. He will get back at you by cheating to show you how hurt he is. This is completely counterproductive but when a Taurus man is hurt enough, he may opt for revenge rather than logic.

He Can Be Faithful

When a Taurus man says he loves you, remember that he means it. He doesn’t use this phrase carelessly. In spite of the few circumstances in which a Taurus man may cheat, infidelity is by and large the exception to the rule for a Taurus man.

He can be one of the most faithful and loyal signs of the zodiac. In fact, Taurus men usually know full well what it is like to be deceived in a relationship. They are often the ones to be cheated on.

Under most circumstances, a Taurus man will go to great lengths for the woman he loves. He will be slow to commit, but he will keep his commitment as a sacred oath once he’s made it. You don’t need to worry about how to tell when a Taurus man is lying because he is usually forthright and honest, even if the truth hurts.

Does a Taurus Man Like Being Chased?10 Tips on Dating a Shy Taurus Man
Hello, I'm Liz