Do Pisces Men Cheat More Than Others? 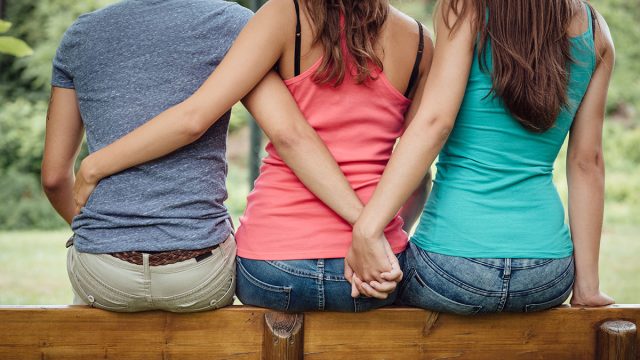 If you are dating a Pisces guy, you may wonder if he’s faithful, or do you have a cheating Pisces man?

Is this zodiac sign more likely to cheat than others?

A person belonging to any sign is capable of being faithful, but the typical personality traits of some signs make their potential to cheat stronger.

The good news is, Pisces are devoted partners and are unlikely to cheat. There are, however, some circumstances where they will be unfaithful.

By learning more about his zodiac sign’s personality and behaviors in love, you will know whether or not a Pisces man is more likely to cheat than others.

They Are Faithful to Partners

If you are dating a Pisces guy and are worried about him cheating, you can relax. In general, Pisces men are faithful lovers and they avoid infidelity.

When a Pisces man says he loves you, he means it with his whole heart. He doesn’t want to hurt you and is dedicated to only you.

As one of the most romantic signs of the entire zodiac, Pisces men take their relationships seriously.

They know that if they want a loyal and devoted woman, they must be faithful in return. This is a compromise they are happy to make if it means they get a life partner.

Pisces Are Unlikely to Cheat

Cheating simply isn’t a typical Pisces man in love behavior. If anything, a Pisces guy is more likely to become codependent and clingy in a relationship than to be unfaithful.

If you’re dating a Pisces guy, you should know that as much as he loves being around you, sometimes he needs some time to himself.

He’s not sick of you or pushing you away; it’s just that Pisces men tend to be introverted, so your Pisces guy needs some time alone to relax and recharge.

He’s not keeping a secret girlfriend or meeting another woman behind your back when he says he needs a night to himself.

You can trust your Pisces guy with your heart, so don’t act suspicious unless he gives you a concrete reason.

Pisces men rarely cheat, but when they do, they are overwhelmed by guilt and shame. They are sensitive and empathetic, so they feel terrible for being unfaithful and hurting you.

If you are wondering how to make a Pisces man feel guilty for cheating, you don’t have to do anything.

He will feel so terrible about himself for being unfaithful that you won’t need to add to his guilt. If you want to know how to destroy a Pisces man, bring up his infidelity all the time.

Cry in front of him, tell him that he has hurt you worse than anyone ever has before, and say you don’t think you can look at him the same way again.

If he cheats on you, your Pisces will carry that guilt for the rest of his life, even after your relationship ends.

Empathy Prevents Them From Cheating

One of the reasons a Pisces man doesn’t cheat is that he is so empathetic.

He knows how much it hurts to be cheated on, and he would hate to cause that suffering in anyone else, especially his partner.

It causes him pain to hurt you because he takes on your feelings as his own. He knows that the pain of heartbreak isn’t worth fleeting moments of pleasure.

If he cheats on you, a Pisces man will almost suffer more than you because he feels your heartbreak on top of his own guilt.

They Only Cheat Once

If a Pisces man is unfaithful in a relationship, he will only do it once. This isn’t a guy who will cheat on you multiple times or have tons of affairs with other women.

The guilt and shame he experiences after cheating once are enough to prevent him from ever doing it again.

He will see from the one experience that cheating is not worth losing his relationship, and it’s certainly not worth the emotional turmoil.

If your Pisces guy cheats on you and wants you back, you can reconcile knowing that he will never repeat his mistake.

Although a Pisces man is unlikely to cheat, if he is unfaithful, he is more likely to be emotionally unfaithful than to sleep with another woman.

If your Pisces man feels unfulfilled or misunderstood in his relationship, he might seek comfort in the arms of another woman.

If you are wondering how to keep a Pisces man wanting you and no one else, make an effort to fulfill his emotional needs.

You want to be the person he calls when he’s upset or has a problem, not his female coworker or friend.

They Cheat If You Ignore Them

Besides feeling emotionally unsatisfied, a Pisces man is likely to cheat if you neglect him or act like you don’t care about him.

If you consistently mistreat him or take him for granted, he might cheat because that’s what happens when you ignore a Pisces man for too long.

Pisces men are patient, though, so it takes him a while to get so upset that he cheats. There will be many warning signs before he takes this drastic measure.

If you want to know how to make a Pisces man chase you instead of cheat on you, show him some appreciation.

Make time in your busy schedule for him, buy him thoughtful presents, and do sweet things for him like leaving love notes in his pocket to find.

A little love and affection go a long way towards keeping your Pisces man satisfied, so as long as he is happy in the relationship, you have no reason to fear him cheating.

They Cheat When Intoxicated

Pisces men are generally unlikely to cheat, but they might accidentally fall into another woman’s arms if their judgment is compromised.

Leaving a Pisces man alone when he is under the influence of drugs or alcohol, especially if he’s also feeling particularly emotional, is a recipe for infidelity.

Pisces men are prone to addiction, so sometimes drinking can be disastrous for this over-indulgent sign.

He won’t go out drinking as an excuse to cheat, but he might lose control of himself and make a mistake with another woman if he gets too intoxicated.

They Cheat With Your Opposite

If your Pisces man has a coworker who looks just like you and shares a lot of your same interests, you might think that your Pisces guy would cheat with her if he’s going to cheat at all.

But a woman who is just like you isn’t the one you need to worry about with your Pisces guy.

What attracts a Pisces man to cheat is a woman who is your exact opposite. If you are a tall, dark-haired artist, your Pisces man is more likely to cheat on you with a short, blonde accountant.

He doesn’t cheat with someone who reminds him of you for several reasons.

The second reason is that a Pisces man cheats because he’s curious. He wants to experience intimacy with someone totally different as opposed to what he already has.

If you suspect that your Pisces guy may have a wandering eye, look out for the girl who is nothing like you, not your doppelganger.

If a Pisces man cheats, he won’t be able to hide it. No matter how hard he tries to cover it up, it will be obvious from his strange behavior that something is wrong with your relationship.

Pisces men are mysterious, but they aren’t sneaky and they dislike hiding things from their partner. They would rather overshare and be brutally honest than hide a secret like an infidelity.

If your Pisces man is unhappy with you, he may act aloof and irritable. If this goes on for too long, it could be a warning sign that he is looking elsewhere for fulfillment.

When a Pisces man goes cold and distances himself, it could be a sign that he is about to cheat, or that he already has.

After a Pisces man cheats, he will behave one of two ways: he will either act even more distant and cranky, or he will be morose, guilty, and try to overcompensate for his deeds.

If your Pisces man is mean or rude, it means that he thinks his cheating is justified and he will soon break up with you.

It takes a long time for a Pisces man to get to this point, so you will probably already know something is wrong well before this happens.

But if he’s generally happy in the relationship and makes a mistake with another woman, your Pisces guy will be filled with shame and will try to make it up to you, whether he divulges his dirty secret or not.

If your Pisces guy starts bringing you flowers every day, showering you with love, and being more affectionate than usual, it could be a sign that he’s compensating for something.

But this is a very romantic and generous sign, so he could just be trying to be a great partner, and it doesn’t have to mean that he cheated.

Trust your instincts and intuition. If you feel in your gut that your Pisces guy has been unfaithful, then you are probably right.

What Attracts Pisces Men to a Woman?What is The Weakness of Pisces Men?
Hello, I'm Liz