What is The Capricorn Woman’s Spirit Animal? 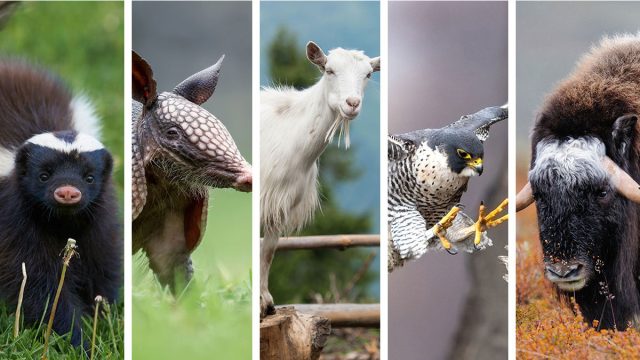 When you’re trying to find a Capricorn woman’s animal, you need to examine her zodiac sign.

Her star sign will tell you everything you need to know to determine her spirit animal.

A Capricorn woman is strong, stable, and grounded, so her spirit animals must embody these same qualities.

You can discover her animals by matching her sign’s quintessential characteristics with the traits of different creatures.

Once you know all about the typical Capricorn personality, you will be able to recognize which animals best portray a Capricorn woman’s unique spirit.

I also have an article about Capricorn man’s animal that you may find interesting. 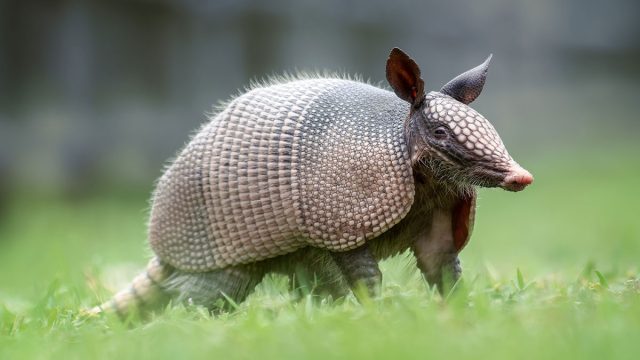 Capricorn is one of the earth element zodiac signs, meaning that a Capricorn woman is very logical, steady, and down-to-earth.

It would be remiss not to include a dirt-dwelling creature on the list of spirit animals for this grounded star sign.

The armadillo is the perfect Capricorn animal because it represents being connected to the earth. Armadillos are diggers that burrow into the earth to search for food and find shelter.

They unearth grubs, worms, and other underground creatures to feast on. Armadillos also dig hols to crawl into and sleep.

They may also dig tunnels with more than one entrance and lots of twists and turns underground.

Like the armadillo, a Capricorn woman is down-to-earth and comforted by nature. Although she enjoys the indoors and likes the comforts of luxury, her soul is renewed and refreshed by spending time outside.

She is also very clever, and like the armadillo, will work tirelessly to dig up the roots of a problem or a puzzling situation.

A Capricorn woman is the friend you should turn to if you are looking for a calming force, honest opinions, and help to solve logistical problems.

The armadillo is also covered in an armored shell, making this creature a representation of protectiveness and guardedness.

A Capricorn woman is very emotionally closed-off and may come across as cold and aloof to those who don’t know her very well.

She is warm, loving, and generous with her dear ones, but not many people get to see her sweet and sensitive side because she protects her heart fiercely.

She is also very protective and possessive of her loved ones, doing whatever it takes to keep them safe and happy. 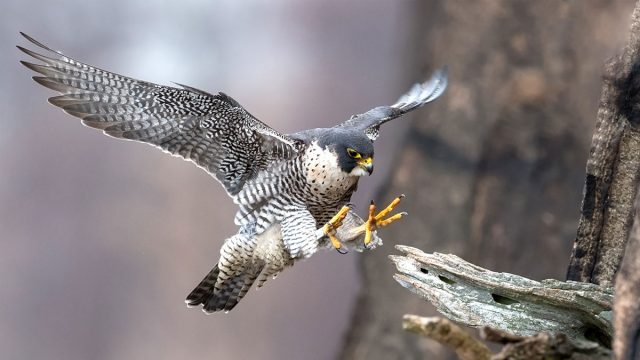 There is probably no zodiac sign more hard-working and determined than Capricorn. Capricorns are extremely ambitious and will work themselves to the point of exhaustion to achieve their goals.

A Capricorn woman’s perseverance is one of her greatest assets. Once she makes up her mind and chooses an ambition to pursue, nothing will stop her until she gets it.

Her focus and drive can be explained by her star sign’s modality. Each sign has one of three modalities: cardinal, fixed, or mutable. A sign’s modality tells us how that sign moves through and interacts with the world.

Capricorn is a cardinal sign, and cardinal signs are known for being direct, dynamic, and action-oriented. A Capricorn woman faces problems head-on and aggressively attacks obstacles in her path.

The ideal Capricorn zodiac spirit animal is the falcon because this creature represents the focus and determination of a woman born under this star sign.

As a spirit animal, the falcon symbolizes patience, concentration, and clarity of thought, all of which are strengths of a Capricorn lady.

Falcons are birds of prey that are fiercely intelligent and intimidating. They follow other birds and snatch them out of the sky mid-flight.

Falcons stalk their prey by moving through the sky in such a way that their targets appear stationary to them.

Once they close in on their target, they swoop down and strike their prey with a clenched foot that stuns or kills it upon impact. Then, the falcon turns to catch its prize in mid-air.

The patience, precision, skill, and incredible focus of the falcon earns this carnivorous bird a place on the spirit animal list for a Capricorn woman. 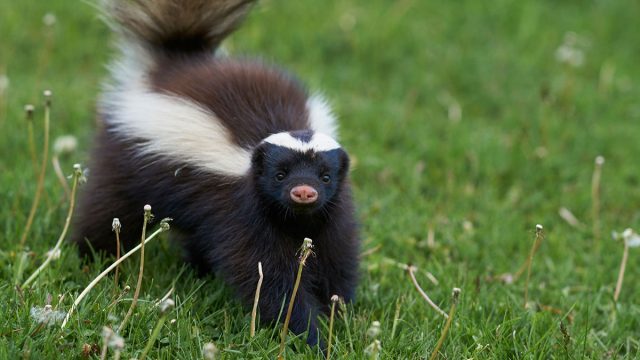 Because of her cool and reserved demeanor, a Capricorn woman often gets an unfair reputation for being unkind or unfriendly.

She’s very conservative and doesn’t open up to just anybody. It’s hard for her to be vulnerable enough with other people to make emotional connections.

A Capricorn woman cares deeply about what other people think, and while she’s ambitious and calculating, she is also kind and gentle.

It hurts her to know how misunderstood she is and that most people don’t ever get to see the best of her because they don’t take the time to break through her tough exterior.

A Capricorn woman is like a coconut: hard and rough on the outside, but soft and mushy on the inside.

The best animal to represent the misunderstood nature of a Capricorn woman is the skunk.

The skunk is most famous for its distinctive black and white markings and the foul smell it emits when threatened or attacked.

Rather than appreciating the striking beauty of this mammal’s fur, most people only associate the skunk with its occasional odor.

But the skunk isn’t a smelly creature and it doesn’t go around randomly spraying its scent everywhere it goes. It only uses its foul spray when absolutely necessary as a defense mechanism.

When it comes to her zodiac sign’s personality, a Capricorn woman is severely misunderstood, just like the skunk.

She never means to be rude or hurtful, she just has a hard time letting her guard down and allowing people into her heart.

As a spirit animal, the skunk represents prudence, judgment, and awareness. The skunk doesn’t use its pungent spray indiscriminately, but rather carefully chooses when to use its special skill.

The skunk deserves a place on the list of the Capricorn zodiac sign’s animals because this creature is as misunderstood and unappreciated as a woman born under this star sign. 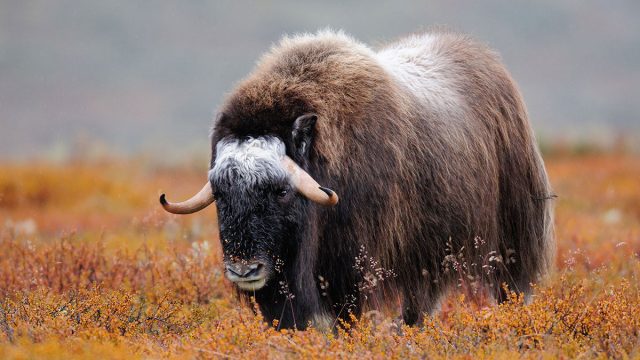 Capricorn’s ruling planet is Saturn, which is the planet of restrictions, time, authority, and discipline. Saturn’s influence tells us that the typical Capricorn zodiac sign’s personality is quite controlled and self-disciplined.

The spirit animal meaning of the ox is abundance and manifesting goals. The ox tells us that achievements are earned not by luck or positivity, but through hard work and perseverance.

The ox as a spirit animal urges us to set realistic goals and exercise self-control to achieve them. The ox is the ideal spirit guide for someone seeking to get a promotion, lose weight, or learn a new skill.

The ox is a big, sturdy animal that is a domesticated version of the bull. They are typically castrated by their owners to make them easier to control.

Oxen are used in various types of farming for their meat and for their labor as transporters or workers to plow fields.

Even as the domesticated form of a bull, the ox represents strength, power, and the ability to plow through any obstacle. Its intimidating size and dominating presence have long made the ox an animal worthy of worship in many cultures.

A Capricorn woman has a similarly strong presence, and she is as sturdy and stable as the massive ox.

The self-control of a Capricorn lady when she wants something is unparalleled. She will give up anything and put herself through the wringer as long as she knows her prize is waiting on the other side.

Because this impressive creature represents power, control, and self-discipline, the mighty ox is the perfect spirit animal for a Capricorn woman. 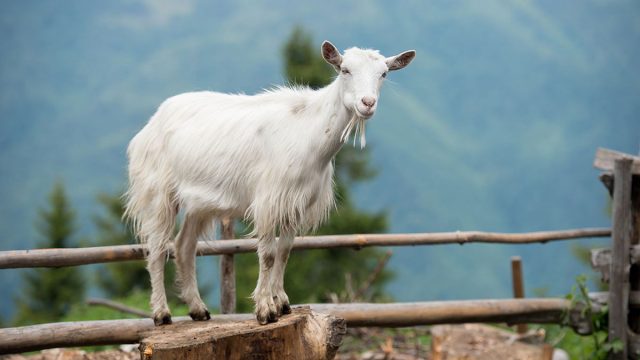 Every astrological sign has a unique symbol, typically an animal, that encapsulates the distinctive qualities of that sign.

The zodiac signs’ symbols are based on the zodiac constellations and can be used to help determine a sign’s spirit animals.

Capricorn’s symbol is the sea-goat, a mythical creature with the head and torso of a goat and the tail of a fish.

Since the goat is a land mammal that is designed for hiking, climbing, and rocky terrain while the fish is an aquatic creature that needs water to live, the sea-goat is an impossible animal.

But no one is more capable of achieving or embodying the impossible like a Capricorn woman.

The fish half of her symbol represents the hidden soft side of a Capricorn lady, which is the part of her that most people don’t get to see.

The goat half of her zodiac symbol represents the Capricorn woman’s remarkable ambition and ability to achieve any goal, no matter how high.

Like the stubborn mountain goat trudging up a steep, craggy mountain, sometimes in the most treacherous weather conditions, a Capricorn woman is ruthless when it comes to getting what she wants.

She’s not spoiled or lazy by any means, so she believes in working hard and earning the fruits of her labor.

The mountain goat represents ambition, independence, and determination, making it the ideal spirit animal for a hard-working and high-achieving Capricorn woman.