What is The Capricorn Man Texting Style? 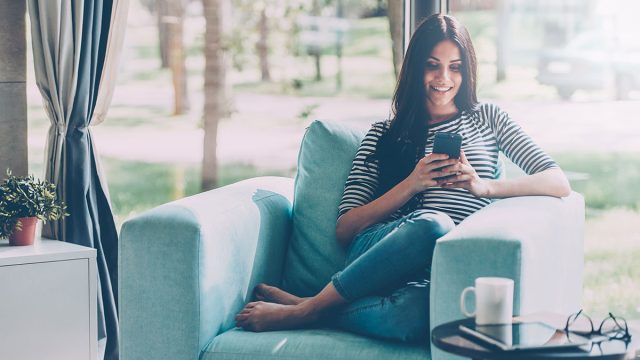 A Capricorn man’s texting style is pretty straightforward. Some Capricorn men will text similarly to how they speak, though some may be more chatty via text.

A Capricorn man does his best to be clear and concise while texting. He wants to avoid causing any misunderstandings.

Capricorn men are just as courteous and straightforward over text as in person. If a Capricorn man doesn’t talk much, that may carry over into his texting habits.

Capricorn men don’t always like long chats over text, though some do. However, many prefer to use text conversations to make plans to have more involved conversations in person.

You might notice that your Capricorn man’s texts are concise and brief. He’ll also use proper grammar, mainly because he doesn’t want to be misunderstood or come across as lazy!

A Capricorn man’s communication style can be incredibly professional, even when speaking in informal contexts. He shows this by always using proper grammar, capitalization, and syntax in his texts.

Many Capricorn men use complete sentences and proper grammar when texting because they don’t want others to misunderstand them. It’s easy to say the wrong thing if you don’t use correct punctuation or misspell something.

Some Capricorn men are stuffy and overly concerned with how they come across. A Capricorn man might use proper grammar because he thinks it makes him better than people who don’t.

A Capricorn man may also expect the people he texts with to use proper grammar. It will be easier for him to understand this way, and he might become frustrated if someone sends him a text riddled with typos.

Capricorn men often don’t use shorthand phrases or abbreviations in their texts, but they might use emojis if they’re trying to show how they’re feeling or come across as more casual with a friend.

Do Capricorn men like to text? Some do not. Whether or not they enjoy texting, many will be brief and concise. You won’t get long paragraphs of text from them.

Being concise is another way a Capricorn man ensures that people understand him. It’s easier to answer a yes or no question by saying yes or no instead of overexplaining.

If a Capricorn man does send a text that requires additional explanation, he’ll be happy to say more if you ask. He’ll assume you understood if you don’t ask follow-up questions.

A Capricorn man is not trying to be rude when he sends brief responses. Sometimes, he’s too busy to have a conversation, but he wants to ensure he replies to you promptly if you ask an important question.

If a Capricorn man answers with one or two words, he might be busy. He may also think additional information isn’t required, especially if you don’t ask for it.

Capricorn men try to be as honest as possible when talking to people they care about. Your Capricorn man will likely text you honest answers to the things you ask him.

Deception can be more challenging to read via text, but most of the time, you won’t have to worry about a Capricorn man lying to you. He’ll tell the truth when he respects you and considers you a friend.

Capricorn men often don’t see the point in lying, even if they could get away with it. If your Capricorn man doesn’t want to continue a conversation or answer a question you’ve asked, he’ll tell you that.

A Capricorn man would rather ignore a conversation than tell a lie as well. That’s not always a sign that he doesn’t want to tell you the truth, but it might be!

A Capricorn man confusing you when texting will, fortunately, be pretty rare. He does his best to be easy to understand.

A Capricorn man won’t send you long, rambling stories or explanations. If he wants something from you, and that’s why he’s texting, he’ll get to the point instead of making small talk first.

Capricorn men don’t always enjoy texting, and being straightforward ensures they don’t need a lot of back-and-forth with the person they’re talking to.

If they are upfront and direct, they don’t need to waste time explaining and re-explaining everything or having conversations they don’t want to have.

Communicating with a Capricorn man will be easier when you’re also straightforward. He might not enjoy texting if you beat around the bush or take forever to get to the point.

Capricorn men do their best to remain courteous while texting. Depending on the Capricorn man, this can mean different things, but generally, they’ll be polite and avoid specific topics they don’t consider appropriate.

A Capricorn man will also be courteous about the times he texts you. He’s unlikely to text you at odd hours or send a message when he knows you’re at work.

You may be misreading his tone if you think a Capricorn man has said something rude via text. Ask for clarification instead of assuming the worst.

Your Capricorn man will never message you with questions that are too personal. He thinks it’s polite to talk about certain things in person or to ask before launching into particular topics.

You should also be courteous when flirting with a Capricorn man over text. If he isn’t being overly sexual or forward, you shouldn’t be either! If he ignores the flirting or asks you to stop, you should respect that.

If a Capricorn man says he will send you something via text, you can trust that he will text as quickly as possible. If he tells you he’ll text you at a particular time, he will do so.

You can also trust that a Capricorn man will send you texts on important days like your birthday! If you and your Capricorn man can’t see each other in person, he’ll likely message you to let you know he’s thinking of you.

If you text a Capricorn man an important question or message to confirm plans you two have, he will also typically respond. He doesn’t want to ghost you, especially if you require an answer immediately.

Many Capricorn men only text for practical purposes. They might prefer to talk in person or over the phone and text for specific reasons.

For example, a Capricorn man might only text you to make plans or arrange a time to talk via another medium (such as the phone). Texting may be a way for him to get in contact when there is no other way.

A Capricorn man might also text you when he knows he doesn’t have time for a lengthy conversation. If you’re incredibly chatty, it will be easier to text you to ask a simple question!

Capricorn men might also use texting to keep in touch with long-distance friends, family, or partners but text people who live nearby less. If he can communicate with people another way, he’ll prefer to do that.

Some people will text others “just because.” They might send silly pictures or send a simple message to initiate a conversation but have no real goal in mind for that conversation.

If a Capricorn man never texts first, it might be because he doesn’t have anything to say to you. He won’t insist on small talk if he has nothing specific to talk about!

If you don’t know what to say to a Capricorn man but want to text him, wait until you have a specific question to ask him or a story to tell. He’ll generally only text you if there’s a particular reason and may expect you to do the same.

Some Capricorn men prefer speaking in person or through other mediums over communicating via text. They might infrequently text just because they don’t see any point in texting.

If a Capricorn man doesn’t text you often, that’s not always a bad sign. As long as he texts when he says he will or texts to respond to important questions, things are likely just fine.

A Capricorn man might text less often if he doesn’t know you well. He won’t message you daily because he’s busy and has other things to do most of the time.

Talking to a Capricorn man in person tends to be more fruitful than talking to him via text. Some Capricorn men don’t like to text, so they won’t do so very often.

If you want to know how to text a Capricorn man, try to follow his lead concerning how frequently he texts. You can message him first sometimes, but don’t text him every day if he doesn’t do that.