How to Get a Capricorn Man to Respond to Your Text 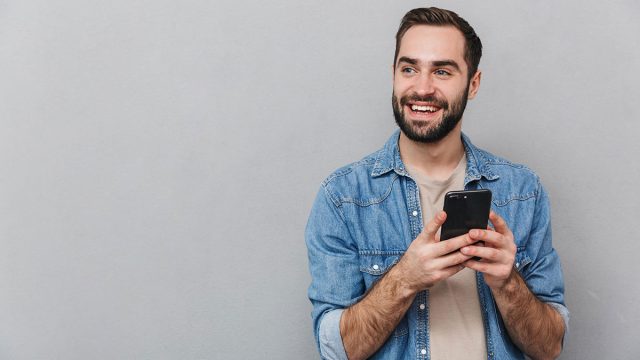 A Capricorn man’s text response is erratic. He can be prompt and text back right away at one moment and then at another time, he may ignore a text for days.

Often, the trick to getting a response rests in the type of text you send in the first place.

A Capricorn man’s texting style is usually brief, to the point and practical. He prefers text as a means of communication, but he doesn’t like to make small talk through text.

He also prefers to only use text to convey essential information. Confirming plans or communicating important messages, for example.

If you use text to convey your deeper feelings, to check in with him or to send him jokes or silly videos, he’ll stop responding to you. He’s focused on being efficient and productive.

How does a Capricorn man test a woman? In short, he doesn’t. He has no use for mind games and deceptions. But he will informally test you by observing your actions and noticing if your actions fit with his lifestyle.

If you keep him wanting more, that gives a Capricorn man more reason to initiate contact with you and reply to your text in the first place. If you reveal too much, he’ll lose interest and feel pressured. It’s best to keep your texts short and sweet.

Don’t chase a Capricorn man. A text from you should be a rare surprise for him. When you text him infrequently, he’ll be more likely to respond right away. When you are less available, it makes a Capricorn man value your communication and time even more.

A Capricorn man should be led to view a text from you like a holiday, something exciting but also special. Not an everyday occurrence. When you text him infrequently, he won’t take you for granted. He’ll be more likely to respond because he has your attention.

This is an essential strategy, though it may be a difficult one to follow when your feelings are triggered. Your passions and love for your Capricorn man may make you want to text him when he goes quiet. Resist the urge to do this. Give him a chance to come to you.

If a Capricorn man doesn’t initiate contact, give him some time before following up. When you do text him again, ask questions. Avoid personal questions. Instead of confronting him about where he’s been and what he’s been doing, ask him for advice or suggestions.

When a Capricorn man is less responsive, a good way to trigger his desire to reply to you is to ask a question. Capricorn men believe that questions deserve answers and so this is a way to help him feel useful and productive in the relationship.

Ask for a recommendation for an app or car mechanic. Ask his advice when it comes to investing or a career move. When you ask him nonpersonal questions, you empower a Capricorn man to respond to you promptly. He loves to be helpful and to share his wisdom.

If a Capricorn man stops talking to you, it could be because the communication has become too emotional. When a Capricorn man is texting, he doesn’t want to get too sentimental. He prefers to remain objective and practical.

If you have been expressing emotions in your text messages, he’ll shy away from responding. Put simply, Capricorn men don’t know how to talk about feelings and they don’t feel comfortable discussing emotions, ever. Least of all through texting.

Keep your texts relatively emotionally neutral. If you need to have an emotional conversation with a Capricorn man, it’s best to do so in person or at least on a phone call or video call. Wait for the right moment. He should be relaxed, open and engaged with you.

A Capricorn man’s disappearing act is common to his personality. He needs a compelling reason to respond to a text, so it is best to save communication for when you have something important to convey. The one exception to this is to occasionally check in.

Keep these texts brief and infrequent. Don’t check in with him daily. Instead, if you don’t hear from him for a few weeks, send him a text and ask him what he is up to. Avoid asking how he is feeling, as emotions aren’t his comfort zone.

Ask him about what he’s been doing as he will be more likely to respond in order to share his recent accomplishments and goals. Keep the conversation brief and use your initial text as a way to jumpstart the communication, but avoid doing this too often.

When a Capricorn man is done with you, there is nothing you can do to change his mind. The worst thing you could possibly do is to pressure him. If a Capricorn man feels like he’s under pressure to communicate, he may just ghost you altogether.

He’ll shut down if he feels like you are putting demands on his time. His measure of this may be much different from your threshold for communication. If he’s not responding frequently, it may be a sign to back down and give him space.

When you give him a chance to come to you, be prepared for things to slow down. Capricorn men move slowly in relationships because they need to go at their own pace. Let him do this. If you put pressure on a Capricorn man by repeatedly texting him, he’ll decide the relationship is too high maintenance.

A Capricorn man not responding to texts may be busy. It’s common for him to tune out all distractions when he’s busy. Even if he loves you, he may not respond right away. Give him time but also make your message interesting.

Don’t panic, instead send him texts that focus on your work or his work. When you text him work or career related messages, you’re speaking his language. He’s more likely to respond sooner rather than later.

Tell him about your accomplishments and show genuine interest in his. This will excite a Capricorn man and encourage him to respond to you as soon as possible. He still may be slow to respond because this is his nature.

A Capricorn’s texting habits can be more functional than conversational. He may be more inclined to respond to a text that has a practical purpose or aids in his career success in some way. Though it may seem cold and transactional, texting him with a focus on ambition gets a response.

Show support for his career. Send links to articles that can help him advance professionally. Text him encouraging messages related to his career goals and ambitions. Be positive but also practical when you text a Capricorn man.

Though you may want to focus on emotions and your relationship, try instead to focus on pragmatic issues like money, work, politics and economics. These topics excite a Capricorn man and are more likely to warrant a response.

Why do Capricorns push you away? Sometimes a Capricorn man will become distant in reaction to what he perceives as you becoming too personal. If you want to keep him hanging on the edge of his seat, keep communication interesting and businesslike.

One exception to this is to talk about family. Don’t dig into his deepest secrets from his past. Instead, ask about his family and how they are doing. Tell him about your visit with elderly relatives. Capricorn men have a deep respect for elders.

When you take an interest in family and traditions, he’ll be eager to communicate more with you. He’ll want to respond to you right away when you talk to him about family. A Capricorn man will also respond when you show him pictures of family outings or talk about your family.

He’ll be happy to see that you’re thinking of him and trying to help him succeed. If he’s trying to move, send him a real estate listing you found. If he’s in the market for a new car, mention you know of one for sale that is perfect for him.

When you reach out and text him brief and helpful messages, a Capricorn man will be more inclined to respond to you. He’ll want to follow up with you when you are helping him to succeed in his career or personal life. Texting practical resources helps to keep his interest.

When a Capricorn man has been quiet for a few days, sending him links to articles that help him advance financially or professionally or both can capture his interest. He’ll want to follow up to thank you and to express his gratitude for your help and interest.

Why is Capricorn Man Slow to Commit to a Relationship?10 Seduction Techniques when Texting a Capricorn Man
Hello, I'm Liz