How to React to a Capricorn Man Silent Treatment 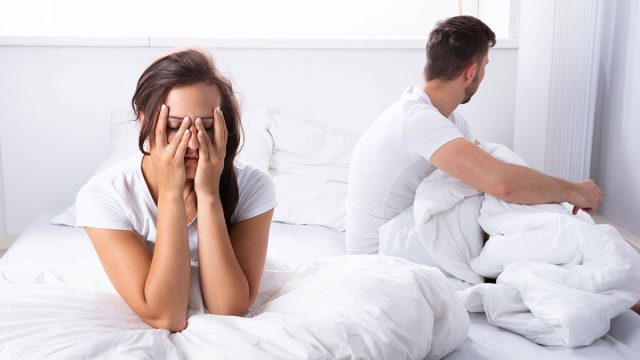 If you haven’t heard from him in a while, you may be the victim of a Capricorn man’s silent treatment.

How should you react when a man born under this zodiac sign ignores you?

Every zodiac sign communicates feelings in different ways, and for some signs, the way they express their emotions is by not communicating at all.

Capricorn is a naturally cold and aloof sign, so no one knows how to give the silent treatment as well as a Capricorn guy.

By learning more about his astrological sign’s typical personality traits and behaviors, you will be able to determine why your Capricorn man is giving you the silent treatment and how you should react.

If you haven’t heard from your Capricorn man in a while, don’t jump to any conclusions. It’s easy to assume the worst and think that he’s no longer interested in you, but that’s probably not the case.

A Capricorn man is always busy, usually with work. He is unlikely to contact you or respond to your calls during business hours because he’s focusing on his job.

He’s also not a particularly talkative guy, so you can’t expect him to contact you constantly or mindlessly chat with you, no matter how strongly he feels about you.

If your Capricorn man seems a little distant, don’t start worrying immediately. Unless he ignores you for a very long time or is deliberately rude to you, he’s probably just busy and there is no reason for concern.

Some zodiac signs are more extroverted than others, and Capricorn is one of the signs that tend to be more introverted.

If it feels like your Capricorn man is shutting you out, it doesn’t necessarily mean that anything is wrong or that he’s mad at you.

He might just be taking some quiet time to himself to reflect and recharge. He needs this time to be his best self whenever he’s around you.

Capricorn is also a very independent, self-reliant astrological sign. He doesn’t need to be with the woman he loves all the time, and he can’t stand having a clingy partner.

If he is giving you the silent treatment, it could be a sign that you’ve been too needy and he wants a little space from you.

Don’t bombard your Capricorn man with calls and texts when he is having some alone time. Instead, give him space and let him know that you’ll be there for him when he’s ready.

When a Capricorn man misses you, he will end his silence and make plans to see you again.

If your Capricorn man is suddenly distant, it could mean that he is going through a hard time. He’s taking some time for himself to process his emotions and work through his problems.

A Capricorn man is a great, loyal friend who is always there to lend a helping hand. But he hates showing any sort of vulnerability and asking for help himself.

When your Capricorn man goes silent, try to figure out what’s wrong. Talk to your mutual friends to see if something is going on with him, or reach out to ask him if he’s mad at you.

He is unlikely to open up and tell you how he feels right away, but he appreciates your attempts to help him.

As long as you gently encourage him to let his guard down without pressuring him too much, he will eventually want to confide in you more.

When a Capricorn man is mad at you about something small, he will usually brush it off. You won’t even know he’s upset because he conceals his feelings so well.

But if he’s angry about something significant, such as a betrayal, he will show it by shutting you out.

When a Capricorn man cuts you off because you’ve upset him, you have to give him a sincere apology before he will speak to you again.

It’s hard to apologize to someone who won’t talk to you, so you have to get creative. Text him, leave a voice message, email him, or even send him a letter in the mail.

Show up at his house and ask to speak to him, or leave a note – or, even better, a gift – at his door.

When you go out of your way to show him how sorry you are, your Capricorn man will forgive you and start talking to you again.

Prove Yourself With Actions

If you’ve hurt a Capricorn man deeply enough that he’s giving you the silent treatment, you will have to prove yourself to get back into his good graces.

If you are wondering, “How does a Capricorn man test a woman?” The answer is that he will wait and see how you respond to his silent treatment.

Every zodiac sign has one of three modalities: cardinal, fixed, or mutable. Capricorn is a cardinal sign, and cardinal signs are very action-oriented.

It’s not enough for you to apologize to him with just words. You will need to also prove yourself through your actions.

After apologizing, make an effort to be kind to your Capricorn guy. Send him a thoughtful or expensive gift, cook his favorite meal, or have lunch delivered to him at work.

If a Capricorn man is giving you the silent treatment, it might be because he feels like he can’t trust you.

A Capricorn man values dependability in his loved ones, and he doesn’t want someone in his life he can’t count on.

If you want him to start talking to you again, you need to be consistent and show him how reliable you are.

Call and text him regularly, be there for him when he needs you, and keep your promises. Show up on time and don’t cancel or change plans with him at the last minute.

He will stop giving you the silent treatment when he sees you making the effort to be more dependable.

Be There for Him

When a Capricorn man likes you, he shows it by always being there for you when you need him.

He will answer the phone when you call and respond to your text messages, and you will know that you can count on him.

Even when a Capricorn man ignores you and gives you the silent treatment, you need to show him that you’re still there for him.

Send him a message saying that even though you know he’s upset with you, you still care about him and are available to talk whenever he is ready.

Let him know that you’re a true friend, even when the two of you aren’t getting along very well.

Don’t Ignore Him Back

If you are wondering how to make a Capricorn man chase you instead of ignoring you, don’t think that giving him the silent treatment back will work.

Capricorn is a very stubborn sign, and giving the silent treatment for extended periods is his preferred method of punishment.

You will never be able to outlast a Capricorn guy when you try to ignore him for longer than he ignores you. You will inevitably reach out to him first, or the two of you will never speak again.

Instead of ignoring him back, a better way to get your Capricorn man to speak to you again is by showing him that you’re working hard to get back on his good side.

Some signs like a little competition, so making them jealous is a good way to make them talk to you again if they’ve been ignoring you.

But Capricorn is a very possessive sign, and if he sees you with someone else after giving you the silent treatment, he will think you are disloyal and get hurt even more.

He will think that you’ve really moved on, and he will do the same. Or, he will realize that you are trying to make him jealous on purpose, and he will just get more upset with you.

Don’t try to make him jealous in an attempt to make him stop ignoring you. Instead, be kind to him and do sweet things to show him how devoted and loyal you are.

When a Capricorn man respects you and loves you, he will speak to you again after giving you the silent treatment.

But if he never comes back into your life or he is only rude and cruel to you, these are the signs a Capricorn man doesn’t like you anymore.

Or, if he pops in and out of your life and only talks to you when he wants something, it’s one of the signs a Capricorn man is using you.

If he has been silent for too long and you’ve already tried everything to get his attention, it may be time for you to move on.

Once he makes up his mind to never speak to you again, you won’t be able to change it. You have to let go of your Capricorn guy and get a fresh start with someone new.