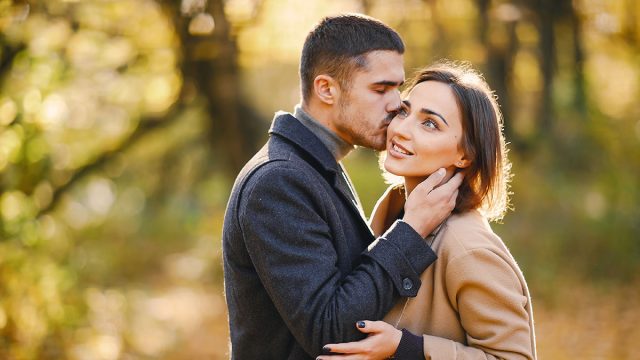 If you’re wondering about the Capricorn man Sagittarius woman compatibility, you need to know what each of these signs looks for in a partner.

Will they get along well, or will they drive one another crazy?

Since they are placed directly next to each other in the order of the zodiac, you might think that Capricorn and Sagittarius are soulmates.

But neighboring signs rarely make a good couple, and Capricorn and Sagittarius are no exception to this rule.

Once you have a better understanding of what they are each seeking in a relationship, you will see why a Capricorn man and a Sagittarius woman are not a perfect match.

Although Capricorn and Sagittarius aren’t really compatible in any way, the best sort of connection these two signs can hope for is friendship.

Because they have vastly different personalities and priorities, they work best as part of a larger group, such as a circle of friends or an office environment.

When their different skills and characteristics can work together for the greater good rather than being at odds with one another, a Sagittarius and Capricorn friendship has the best chance of flourishing.

A Sagittarius woman is the life of the party. She is comfortable in the spotlight and loves meeting new people and making lots of friends.

She has many acquaintances and connections, but few close friends because she doesn’t stay in one place long enough to put down roots and foster long-term relationships.

For example, she hops from job to job because she craves new experiences and tires of routine easily, so she rarely keeps the same coworkers as friends in her life for very long.

A Capricorn man is the opposite. He craves stability and structure, so he thrives on routine and repetition.

He would rather find a career that satisfies him and stay there long enough to work his way up the ladder to the very highest position rather than transitioning to different fields every few years.

In a group of friends or a workspace, a Sagittarius provides fun, light, and laughter, while a Capricorn brings determination, diligence, and responsibility.

Although they both bring important things to the table that everyone can benefit from, Sagittarius and Capricorn are so different that they just don’t see eye-to-eye and have a hard time bonding.

The Sagittarius woman will always feel uneasy around the Capricorn man, feeling like she is being judged or like he doesn’t take her seriously.

On the other hand, she will also admire his work ethic and wish she had his focus and drive to succeed.

The Capricorn man will get annoyed easily by the Sagittarius woman, wondering why she never takes anything seriously and thinking she is too flaky and irresponsible to be counted on.

But he will also enjoy her affable nature and positive attitude, and he’ll wish he could win friends as easily as she does.

Since they are hardly compatible as platonic friends, it makes sense that a Capricorn man and a Sagittarius woman are incompatible in a romantic relationship, as well.

The typical Sagittarius and Capricorn love story ends in tears and heartbreak rather than riding off into the sunset together.

The relationship dynamic between Capricorn and Sagittarius can be explained by their signs’ natural elements. Each zodiac sign correlates with one of the four elements of nature: fire, air, earth, or water.

A sign’s natural element reveals the disposition and some of the personality traits of that sign, as well as how that sign interacts with the rest of the zodiac.

Capricorn is an earth sign, and Sagittarius is a fire sign. Earth signs are grounded, stable, and hard-working, while fire signs are passionate, temperamental, and energetic.

In the natural world, the earth smothers fires, while fire can scorch the earth. Based on how their natural elements interact, you can see why it’s difficult for a Sagittarius and a Capricorn to get along.

What a Capricorn man wants in a relationship is someone he can rely on. He would rather be with a predictable, steady woman than a wild and passionate partner.

A Sagittarius woman has a fiery temper, and she’s never one to hold back her feelings. She doesn’t bottle up her emotions and instead acts on them as they occur.

A Capricorn man’s dream woman is calm, tranquil, and stoic, and a Sagittarius woman will never exude these traits.

A Sagittarius lady embraces change and progress, and she craves variety in her daily life. She won’t be satisfied sticking to a rigid routine or doing the same things over and over.

A Capricorn man, on the other hand, thrives on routine and appreciates predictability. He likes sticking to what he knows and approaches change with caution.

When a Sagittarius woman and a Capricorn man break up, it will be because their temperaments and lifestyles are just too different.

The Sagittarius woman will feel suffocated and held back by the strict, serious Capricorn man, and he will feel like he can never fully trust her.

The Sagittarius and Capricorn compatibility in a marriage is no better than their rapport in a relationship.

One of the few things these two signs have in common is their reluctance to commit to a relationship, which may be why they end up together.

But a Capricorn man and a Sagittarius woman have very different reasons for being non-committal, which will ultimately lead to problems once they are married.

These differences are best illustrated by their zodiac signs’ ruling planets. Every sign is governed by a particular heavenly body that tells us that sign’s values and strengths.

Capricorn is ruled by Saturn, the planet of karma, responsibility, and discipline, while Sagittarius is guided by Jupiter, the planet of luck, expansion, and education.

A Capricorn man is all about self-discipline and compartmentalizing, while a Sagittarius woman is free-spirited and boundless.

Sagittarius is the sign of the traveler, so the typical Sagittarius woman spends her life working just enough to travel the world and explore new places.

She is reluctant to settle down in a relationship because she is always seeking new people and experiences, making it hard for her to commit to one lover or lifestyle.

Capricorn is the sign of “the Father,” making a Capricorn guy strict, serious, and wise. He wants nothing more than to settle down and build a stable life with his partner.

He is reluctant to marry not because he fears commitment or wants to play the field, but because he takes his vows seriously and wants to make sure he’s with the right person.

Although both a Capricorn man and a Sagittarius woman will appreciate how their partner never pressures them to commit, if they get married, they will learn that they have very different ideas of commitment.

A Sagittarius woman is gregarious and a natural flirt. Even if her spouse won’t accompany her, she will travel and meet new people as often as she likes.

The Capricorn man will feel like he can’t trust his flaky, flirtatious partner because she never stays in one place for too long and she talks to other men.

Even if they are born just a day apart, that doesn’t make a Sagittarius and a Capricorn sexually compatible.

A Sagittarius woman and a Capricorn man have vastly divergent attitudes towards sex, so they are unlikely to have a satisfying and fulfilling sexual experience together.

You can use the symbols of these two zodiac signs to examine the sexual dynamic between them. Every astrological sign has a unique symbol, usually an animal, that encapsulates the distinctive qualities of that sign.

Capricorn is symbolized by the sea-goat, a mythical creature with the head and upper body of a goat and the tail of a fish.

Sagittarius is the only other sign also symbolized by a mythical creature, the archer. The archer is a centaur, a creature that is half-man and half-horse, depicted wielding a bow and arrow.

The symbol of the sea-goat tells us that a Capricorn man appears hard and determined, like the ambitious goat that climbs mountains through any obstacles like sharp rocks or stormy weather.

But he also has a soft side to him that not many people get to see, which is represented by the soft and vulnerable tail of the fish.

Although he is capable of having a one-night stand, a Capricorn man needs to have a mental connection to enjoy sex with his bed partner.

He needs a woman who can draw out his sweet, sensitive, romantic side, and a Sagittarius woman simply isn’t up to the challenge.

The symbol of the archer tells us that a Sagittarius woman views sex as a sport. She likes one-night stands and loves the thrill of the chase.

She also prefers having a mental connection with her partner, but sex is more of a physical act than an expression of intimacy to her, so she doesn’t need a strong connection to enjoy sex.

The Sagittarius woman will crave variety and excitement in her sex life, while a Capricorn man just wants a partner he can trust to be loyal and devoted to him.