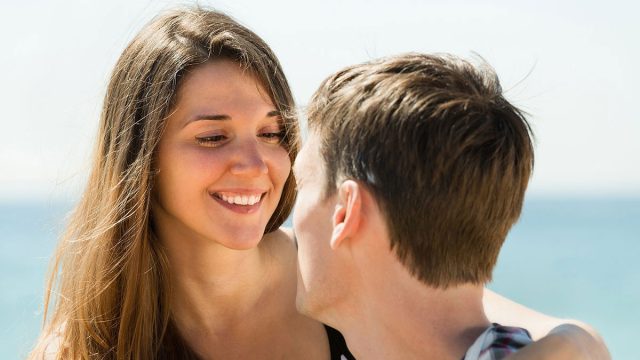 If you know enough about each zodiac sign, you can predict the typical Capricorn man and Leo woman compatibility.

How well does a serious Capricorn get along with a big-hearted Leo?

A Capricorn woman believes that life is all about hard work and achieving goals, while a Leo woman just wants to have fun and enjoy herself.

Could these two very different signs provide some balance for each other, or would they be better off in relationships with other astrological signs?

Once you learn the distinctive characteristics of their signs, you will be able to predict whether or not a Capricorn man and a Leo woman are a perfect match.

The Capricorn compatibility with Leo is not very strong, so friendship is perhaps the best type of relationship these two signs can hope to have.

They may also make good coworkers or get along well as parts of a larger group; but one-on-one, these two signs will find that they have very little in common.

One of the quintessential Capricorn man traits is diligence. A Capricorn guy is incredibly hard-working and ambitious, so his career and financial success are his priorities.

A Leo woman can’t relate to the values of a Capricorn guy. She’s not lazy; she just doesn’t think that life should revolve around hard work.

A Leo woman is very passionate, and it’s more important to her to love what she does for a living than to make a ton of money.

She does like nice things, though, and she cares what other people think about her, so she prefers an impressive career that allows her to show off.

Getting attention, whether it’s positive or negative attention, is a Leo woman’s favorite thing. She is a performer and she loves having all eyes on her.

A Capricorn guy couldn’t be more different. He hates anything ostentatious or flashy, and he is a bit of a wallflower who prefers to work behind the scenes.

As opposites, these two signs can provide a nice balance for each other in social settings. A Capricorn will watch and encourage his Leo friend while she puts on a show.

The Leo woman will appreciate his attention and that he never tries to steal the limelight from her.

The Leo woman can add some sparkle and fun to a Capricorn man’s life, while the Capricorn guy can help a Leo lady stay grounded and in touch with reality.

What impresses a Capricorn man most about his Leo friend is her generosity. She has a big, warm heart, and she is very generous with her loved ones.

A Capricorn man can be a bit stingy because he’s so vigilant about his finances, but he is magnanimous with his loved ones, as well.

A Capricorn guy can help a Leo woman be more careful with her spending and saving, and the Leo lady can encourage him to splurge on a luxury item or an enjoyable experience once in a while.

Although there’s potential for them to have a good friendship, especially as part of a larger group of friends or in a work setting, there is little chance of a romantic relationship between a Capricorn man and a Leo woman.

These two signs are opposites in nearly every way. Sometimes, opposites can attract and balance one another, but Capricorn and Leo don’t complement each other well.

They don’t share any values or beliefs, and a romantic relationship between them will be full of arguments, tension, and strife.

Every zodiac sign has a unique symbol that reveals that sign’s quintessential personality traits. Leo’s symbol is the fierce, proud lion, which tells us that Leo is a very dominant sign.

A Leo woman likes to be in control of any relationship because, like a lion, she sees herself as royalty.

Capricorn’s symbol is the sea-goat, a mythical creature with the tail of a fish and the upper body of a goat. A goat is headstrong and determined, but still no match for the fearsome, agile lion.

The way their animal symbols interact does not bode well for a relationship between these two zodiac signs.

Just as each sign has a symbol, every sign also belongs to one of three modalities: fixed, cardinal, or mutable. A sign’s modality tells us how that sign interacts with the world.

Capricorn is a cardinal sign, and cardinal signs are action-oriented, determined, and dynamic. They power through any obstacles that stand in their path, making them dominant and forceful.

Leo is a fixed sign, and fixed signs are stubborn, organized, and unyielding. A Leo woman will hold her ground when a Capricorn man tries to bulldoze over her.

Their modalities tell us that arguments between a Leo and a Capricorn will be frequent and ferocious. Neither one will give up and admit they were wrong.

Both of these signs will have to make some huge compromises if they want to make their relationship work.

Although they could learn a lot from their differences, a Capricorn man and a Leo woman aren’t very compatible and would be better off finding more like-minded partners.

The dynamic of a Capricorn-Leo marriage is perhaps best illustrated by their signs’ natural elements.

Every astrological sign correlates with one of the four elements of nature: earth, fire, air, or water. A sign’s natural element tells us about that sign’s disposition and how they get along with the other signs.

Capricorn is an earth sign, and earth signs are known for being practical, grounded, and reliable. Leo is a fire sign, and fire signs are typically passionate, temperamental, and energetic.

A Capricorn man in relationships is very slow to commit. As an earth sign, he wants to take his time making sure that he’s with the right woman before getting married.

A fiery Leo woman is romantic, and she would get married in a heartbeat once she falls head over heels in love, even if she hasn’t been with her partner for very long.

She likes a challenge and loves the thrill of the chase, so she will enjoy getting a Capricorn man to propose and walk down the aisle with her.

But once she has conquered a Capricorn man and gotten him to commit to her, the Leo woman will start to question if she even wants the prize she fought so hard for, after all.

A Leo woman has a hard time understanding a Capricorn man in a relationship. When she notices the signs a Capricorn man is losing interest, she might make the mistake of trying to make him jealous.

In her mind, the best way to get a guy’s attention is to show him how easy it is for her to attract someone else. To her, a little jealousy is a fun way to spice up a marriage.

But to a Capricorn man, flirting is a version of being unfaithful. A Capricorn man in love expects nothing less than complete devotion from his partner.

When he sees his Leo lady chatting up another man, it won’t make him want her more. Instead, it will hurt him and push him away.

Jealousy, power struggles, and misunderstandings will plague a Capricorn-Leo marriage, making this a highly unlikely match.

A Capricorn man and a Leo woman are so romantically incompatible that it should come as no surprise that they aren’t sexually compatible, either.

Capricorn men are very methodical when it comes to sex. Once they figure out what their partners like, they tend to stick to a routine and use the same moves over and over again.

This predictable, practiced style of love-making won’t work for a Leo woman. Although she appreciates the effort a Capricorn makes to please her, she craves variety and excitement.

She yearns for a hot, passionate, animalistic sex life. A Leo lady views sex as a fun way to connect with her partner and an opportunity to show off and exert some energy.

A Capricorn man in bed with a Leo woman will get frustrated because her sexual needs are always changing.

Sometimes she likes to be slow and sensual, but more often than not, she likes rough, carnal sex.

Primal sex is just not how a Capricorn shows love. He prefers a more sensual, refined style of love-making, and he is far more conservative and inhibited than his Leo partner.

He also won’t like the way that she flaunts her sexuality for the world to see. A Leo woman is the type of person who wears revealing clothing and spills her sex secrets to anyone who will listen.

A Capricorn man is much more private and reserved, and he likes it when a woman leaves some things to the imagination.

He is turned on by an elegant, mysterious lady, but a Leo woman is bold and brash. He finds her sexual style distasteful, and she finds his dull and unoriginal.

One thing they have in common, though, is a love of traditional romantic gestures.

The Leo lady will love the way a Capricorn man buys her roses and puts satin sheets on the bed, and the Capricorn guy will appreciate how a Leo lady wears lingerie for him and spices up their sex life.

But ultimately, these two signs are not very sexually compatible and would find more satisfaction and fulfillment with other zodiac signs.