Is The Capricorn Man Jealous and Possessive When in Love? 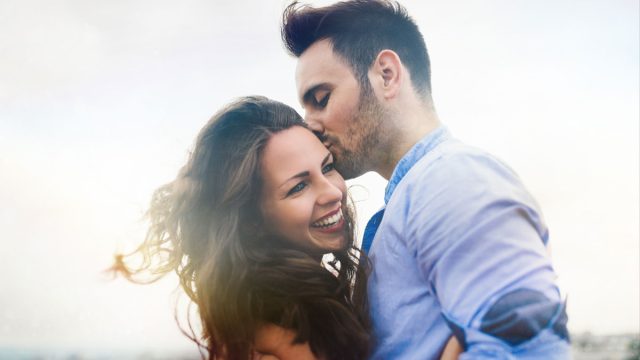 If you’re dating or interested in a Capricorn guy, you should know whether or not a Capricorn man is jealous and possessive in love.

Some astrological signs are more likely than others to be envious and clingy in relationships.

A Capricorn guy is so stoic and guarded that it can be difficult to know how he feels, including whether or not he is jealous.

But once you have a better understanding of the typical Capricorn personality traits and behaviors in love, you will know how to tell if your Capricorn guy is the possessive and jealous type.

He Gets Jealous When He Cares

A Capricorn guy isn’t likely to get jealous if you are in the early stages of dating him. If he hasn’t formed an emotional attachment to you yet, there is no reason for him to get jealous.

He usually dates only one woman at a time, but he understands that a lot of people juggle several love interests at once before choosing one person to commit it.

But once he has developed strong feelings for you, he will get jealous if he thinks you are interested in anybody else.

If you are wondering, “How do Capricorn men act when in love?” The answer is that they go crazy with jealousy when another man threatens their relationship.

Don’t expect your Capricorn guy to get too worked up about seeing you with someone else if you’ve only gone on a couple of dates with him.

But if he turns green with envy at the mere mention of another man’s name, it’s one of the signs a Capricorn man cares for you.

He Doesn’t Get Jealous Easily

Some zodiac signs get jealous when the object of their affection so much as looks at another member of the opposite sex, but a Capricorn man is too laid-back and forgiving in relationships to get jealous that easily.

Trust is very important to a Capricorn man in a relationship, so he is unlikely to fall for a woman unless he trusts her first.

Even if other guys flirt with his lady right in front of him, a Capricorn man will usually laugh it off. He trusts his partner enough to know that she won’t betray him.

It takes a lot for his controlling and possessive side to come out, so try not to provoke him or make him envious on purpose.

In general, Capricorn is not a very jealous sign. He is, however, more likely to be possessive than jealous.

A Capricorn man cares about what other people think of him. He is ambitious and focused on earning success and financial security.

He is very worldly and values material things. He measures his worth by how much money he earns and his reputation with others.

A Capricorn man is very aware of his belongings, and he views his partner as his most prized possession.

Although he might not get jealous or upset when he sees another man hitting on his girlfriend, he still gets possessive and will mark his territory.

When another guy is getting too flirty, a Capricorn man may subtly stake his claim on his woman by placing his hand on her knee or draping his arm around her.

He won’t make the situation uncomfortable, but he will send a clear signal for other men to stay away from his partner because he is possessive.

He Is Controlling When Jealous

One of the typical Capricorn traits is controlling. He values discipline and self-restraint, and he takes pride in being in control of every aspect of his life.

Some zodiac signs lose control and blow up when they get jealous, but a Capricorn man does exactly the opposite.

Instead of losing his cool, he becomes even more controlling. He is normally relaxed with his partner, but he might start trying to boss you around if he gets jealous.

If he thinks you might be losing interest in him because you like another man, he will start setting rules that he never made before.

For example, when you go out with your girlfriends without him, he might demand that you go home at a certain time or tell you to text him when you’re leaving.

When he can’t relax and seems to be more controlling than usual, it’s likely a sign that your Capricorn guy is suffering from jealousy.

Some zodiac signs like playing mind games and using jealousy as a form of flirting, but not a Capricorn guy.

He is much more sensitive than he seems, and he is very straightforward. So, if he sees you chatting with another guy to make him jealous, he won’t think it’s cute or funny.

He’s a serious guy, and he takes love and dating just as seriously as everything else in his life.

What attracts a Capricorn man is loyalty, not when a woman tries to ignite his jealousy and play games with his heart.

If you’re dating a Capricorn man, flirting with another guy in front of him is a bad idea. It will only turn him off and push him away, not make him fight harder for you.

Instead of provoking his jealousy, show your Capricorn guy that he can trust you. Be faithful and devoted, and tell him all the time that he’s the only guy for you.

He Hides His Jealousy

Although he can be quite sensitive, Capricorn is a very unemotional and inexpressive zodiac sign. It can be difficult for him to connect with people at first because he comes off as cold and aloof.

He is used to hiding his feelings and putting on a brave face, and he does this even when he gets jealous.

You might not be able to tell when a Capricorn man is mad at you for making him jealous because he remains cool, calm, and collected.

Although it upsets him, he’s not the type to throw a fit or get hot-headed when he sees you flirting with the waiter or texting someone else all through dinner.

But if your Capricorn man is suddenly distant after a night out together and doesn’t seem as affectionate as he usually is, it could mean that you did something to upset him or make him envious.

You will have to confront him directly if you want him to open up about how he feels because he won’t make it obvious that he’s jealous.

His Jealousy Comes From Secret Insecurity

Although it’s rare for him to get jealous, a Capricorn guy still gets envious sometimes because deep down, he struggles with secret insecurity.

He may seem confident, but he is very guarded because he fears you will leave your Capricorn man heartbroken.

When a man who possesses the qualities he envies, such as being very wealthy and successful, shows interest in you, it can bring out his insecurities.

If you want to know how to make a Capricorn man obsessed with you, you should try to boost his ego instead of making him jealous.

Shower him with sincere compliments and sincere praise instead of comparing him to other guys. Let him know how special and wonderful you think he is instead of playing mind games.

When he trusts you and knows he can count on you to uplift him when he’s feeling down, your Capricorn guy will fall even harder for you.

It takes a long time for a Capricorn man to settle down with one partner, not because he fears commitment or wants to play the field, but because he takes commitment so seriously.

A Capricorn man in relationships is very loyal and trustworthy. He will keep your secrets and have your back, and he will never betray you with another woman.

Some people fear that partners only get jealous when they are likely to stray themselves. They project their infidelity and untrustworthiness onto their lovers.

But a Capricorn man is a steadfast and loyal partner, so if he gets jealous, you can rest assured that it’s not because he is up to any suspicious activity himself.

You can count on a Capricorn guy to never cheat on you, no matter how jealous he gets. Don’t act distrustful of him, or he might think that you are hiding something yourself.

Because a Capricorn man is so loyal, he expects the same treatment from his partner. He won’t stay with a woman he can’t trust.

He may come off as cold and aloof, but deep down, a Capricorn guy is surprisingly sensitive. Being betrayed by his partner would shatter him, and his greatest fear in love is getting his heart broken.

Once you have earned his trust, he will allow you as much freedom as you want. But he expects you to be faithful to him at all times.

You should never talk negatively about your Capricorn guy behind his back. Don’t hide your phone from him, and don’t entertain the interests of other men.

Be a loyal partner to your Capricorn guy, and he will remain faithful and steadfast in return.