Do Capricorn Men Have a Freaky Side? 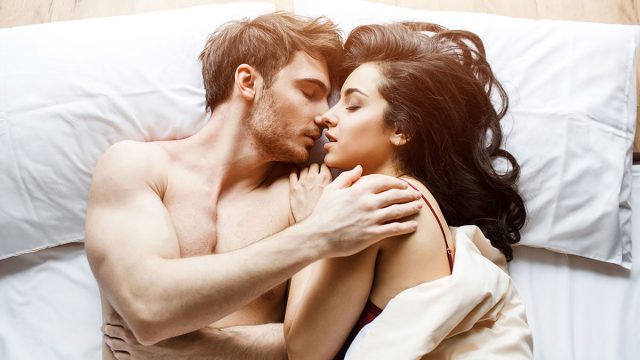 A Capricorn man’s freaky side is often kept tightly under wraps. Even if he has one, you won’t see it unless he chooses to reveal it.

Capricorn men take a long time to open up. Yours won’t reveal his freaky side right away.

Capricorn men are repressed in many ways. They seem reserved and want to appear logical at all times. Having a freaky side would ruin the image they want to portray.

Many Capricorn men do have a freaky side, though! They just don’t show it. Your Capricorn man might seem hesitant about sex, or he may seem boring at first, but you have to be patient.

Your Capricorn man needs to trust you entirely to show his freaky side to you. He won’t reveal it unless he’s sure you can handle it.

Many Capricorn men have a difficult time expressing their true selves. They might have a silly, wild, or freaky side underneath their detached exterior, but it’s a challenge to unleash those parts!

Capricorn men are repressed in many ways. Some of their repression is purposeful. They want others to view them as hard-working, respectable, and professional, so they conceal any parts that don’t fit that image.

However, not all of a Capricorn man’s repression is conscious or on purpose. He might not even know that he has certain habits or preferences that are considered freaky because of how much he ignores those parts of himself.

It can take Capricorn men a long time to fully realize how repressed they are. It might be evident to everyone around them because of how tightly wound they are, but they don’t always know!

Do Capricorn men sleep around? Many of them do not. They tend to be incredibly cautious. The ones who have a freaky side will also be cautious about who they show that freaky side.

Capricorn men don’t let others in easily. They take their time getting to know people and won’t open up sexually until they completely trust their partner.

Your Capricorn man will be strategic about what he does and doesn’t reveal to you. He’ll be incredibly cautious and may take a long time to fully show you his freaky side if he reveals it at all!

If your Capricorn man seems nervous or hesitant about sex, just be patient. He might have some odd preferences that he’s waiting to reveal. Show him he can trust you, and you may see his freaky side.

Capricorn men might seem confident or like they don’t care about the opinions of others, but they do!

Many Capricorn men are easily embarrassed. They would be humiliated if someone found out about any of their odd preferences by accident.

A Capricorn man might hide his freaky side, even from those he’s closest with because he is afraid of judgment. If others looked down on him or considered him a freak, he would feel humiliated.

Your Capricorn man might hide his freaky side from you because he thinks you’ll find him embarrassing or strange. He doesn’t want that at all! Sometimes, he is happy to be considered boring if he thinks it will save him from embarrassment.

If your Capricorn man has a freaky side and he reveals any part of that to you, try to be open-minded. This is a big deal! Don’t laugh at him or judge him. Just accept it as a part of him and let him know it’s okay.

He Takes Time To Open Up

Once he does open up, a Capricorn man’s fantasies may surprise you! Many Capricorn men have a freaky side, but it takes a while to come out.

Capricorn men are detached in many ways. They hate being vulnerable, and it takes them a long time to trust others. They don’t open up in the bedroom, just like they don’t always open up emotionally.

Your Capricorn man might have a freaky side, but you won’t see it immediately! He won’t reveal it to you the same way a Sagittarius or Gemini man might.

You might never see your Capricorn man’s freaky side if you aren’t together for a long time. He may start to open up sexually, but he’ll keep things tame until he knows he can fully open up to you.

Whether or not your Capricorn man is particularly freaky in the bedroom, he will be sensual and passionate. He’ll always ensure you two have a great experience.

Sex with a Capricorn man can be a wonderful, sensual experience when he lets loose. It can take him a while, but it is often worth the wait!

Capricorn men can be similar to the other earth signs regarding their sexual preferences. They enjoy soft music, lighting candles, and incorporating lingerie into sex.

A Capricorn man might get a little freaky with his quest for sensual pleasures. He may indulge in some kinks that would shock you!

Is a Capricorn man sexually aggressive? Most of the time, Capricorn men are not, though they tend to be more dominant.

Capricorn men like to be in control of themselves and their environment. While most don’t necessarily want to control anyone else, being dominant and calling the shots during sex can make them feel like they are in control.

If a Capricorn man has a freaky side, his dominance might be even more pronounced, depending on what his sexual preferences are.

Your Capricorn man might like taking control in the bedroom or enjoy things like power-play. He might even enjoy letting you be dominant now and then, especially if he’s more comfortable unleashing his freaky side.

Your Capricorn man might become more dominant, or he’ll let that side of himself go as he becomes more comfortable fully revealing his sexuality to you.

One of the reasons Capricorn men are dominant in bed most of the time is because they are control freaks. They do not like feeling as if someone else is controlling them or like they are in a situation they can’t control.

A Capricorn man also might not show his freaky side to people because he wants to appear like he’s in control of himself at all times.

If your Capricorn man is a control freak, he might not reveal his freaky side. He’ll keep it tightly under wraps because he also wants to control how you see him and doesn’t want you to think he’s a freak.

His Sexuality Is Restricted

Sleeping with a Capricorn man might seem boring at first, especially if you have a freaky side. His sexuality is restricted in many ways, and it can take some time for him to let loose.

A Capricorn man’s sexuality isn’t always obvious. He’s not open about it, and sexually expressing himself might not always come naturally.

Saturn rules Capricorn, and one of the names this planet is known by is the “planet of restriction.” Its influence is one of the reasons Capricorn men tend to be so severe and emotionally distant.

A Capricorn man might feel like he can’t let go. Even if he wants to open up and reveal his freaky side, something within him may stop him from doing so. It isn’t easy to let loose when you’re as sexually restricted as a Capricorn man is.

Even when he has sex, he likes to maintain some semblance of control. He still wants to be seen as respectable, and he may think that unleashing his freaky side will make others see him differently.

He Can Be Freaky

Are Capricorn men freaks in the bedroom? Some of them can be! The true answer to this question depends on your preferences and what you consider freaky.

A reasonably tame kink might seem freaky if you are entirely vanilla. A Capricorn unleashing his wild side might seem over the top if you’re not wild at all, even if that wild side is lowkey compared to someone else’s wild side.

Some people consider a Capricorn man’s sexually repressed and restricted nature freaky. If you’re sexually open and free, this can definitely seem odd!

Many Capricorn men do have a freaky side, but the extent of how freaky it is can vary. Some Capricorn men might be wild and crazy underneath their respectable demeanor. Others may just have one or two freaky preferences.

You will also meet Capricorn men who genuinely aren’t that freaky. They might have a couple of things they hide from others, but you may not consider those things to be freaky in the slightest.