Will a Capricorn Man Keep Coming Back? (And Why?) 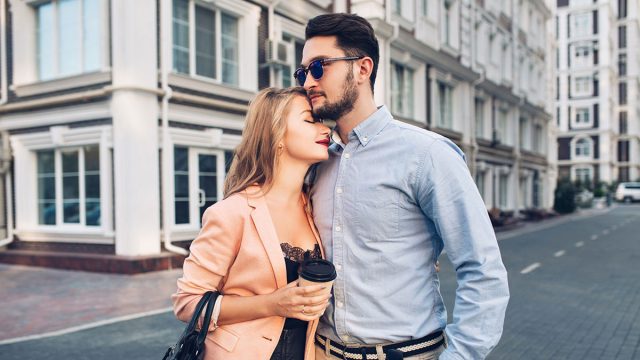 A Capricorn man returning after a breakup isn’t impossible, but he’s also not the type to leave and come back repeatedly.

Capricorn men need a good reason to go back to their ex. They don’t want to make the same mistake twice.

Capricorn men are not impulsive. If they end a relationship, it’s because they’re sure that it needs to end. The situation will likely have to drastically change for him to return to an old relationship.

A Capricorn is more likely to go back to his ex if they have children together or if he feels a sense of responsibility toward her. He may also return if she’s genuinely changed.

He might come back once, but a Capricorn will rarely keep returning. If the relationship fails twice, that’s a sign to him that it needs to be done.

Reasons Behind Breakup Are Important

Will a Capricorn man come back to you after a breakup? The answer to that often depends on why you two broke up in the first place.

A Capricorn man is likelier to return to an ex if she is the one who ended things. He usually ends things because he genuinely thinks the relationship isn’t good for him or his partner.

If you two broke up mutually because one of you was moving or you wanted to focus on different things in life, he might be willing to come back later when circumstances are different.

If you stay friends with your Capricorn man after a breakup, you have a better chance of getting back together. If he wants nothing to do with you, though, that’s a sign he’s not going to come back anytime soon.

Capricorn men are not impulsive. They think things through carefully before they do them. If your Capricorn man breaks up with you, he’s likely been thinking about it for a while.

A Capricorn man won’t break up with you just because he’s annoyed. He’ll take the time to calm down first and consider your entire relationship and whether he still wants to be in it.

A breakup might seem sudden if you haven’t been paying attention. A Capricorn man might have been considering breaking up with you for days or weeks, though. If he’s unsure about breaking up, he’ll usually continue to think things through.

He Trusts His Own Judgment

Capricorn men think highly of themselves. They trust their judgment and believe they’ve made the right decision when they break up with someone.

If your Capricorn man doesn’t see a future with you, he will trust that he’s made the right decision when he breaks up with you.

If a Capricorn man doubts his judgment, he might return to you. He may also not break up with you in the first place and will try to make things work before ending the relationship.

Once a Capricorn man has made his mind up, you probably won’t be able to convince him to give you a second chance. This is especially true if you’ve done something to betray your Capricorn man, and he’s decided he can’t forgive you.

Capricorn men hate failure. This can have different effects on relationships depending on the Capricorn man.

A Capricorn man’s relationship with failure is complicated. He will admit when he makes mistakes, but he doesn’t want to put himself in a situation to make a mistake in the first place.

On the other hand, a Capricorn man might feel like a failure when a relationship ends. He may be willing to give you a second chance so that he doesn’t have to accept that failure.

A Capricorn man doesn’t want to make the same mistake twice, though. If nothing has changed, he won’t take you back. He doesn’t want the relationship two fail a second time around!

If your relationship with a Capricorn man was filled with fighting and drama, he won’t want to come back to you any time soon!

Capricorn men hate drama. They prefer stable, mature relationships. They do not want to be with someone who is constantly causing problems.

Breaking up with someone and going back to them over and over again is something a Capricorn man considers “drama” as well. He doesn’t want to deal with that!

Your Capricorn man will only return to you if he’s sure about it. He won’t keep you on the hook or put up with a lot of drama in his life.

If you want to know how to get a Capricorn man back, you may need to change certain things for him. He won’t return if you haven’t learned anything from your breakup.

If you want your Capricorn man back, you must show him that things will be different the second time. He doesn’t want to fall into the same traps that made your relationship end the first time.

If he sees that you’ve changed for the better, a Capricorn man might return to you.

For example, if he broke up with you because you were overly irresponsible or you had no goals in life, he may come back if you make it clear that you’re more responsible and driven now.

May Come Back If He’s Lonely

Capricorn men are highly independent and think they can handle everything alone. This isn’t always the case, though!

Breaking up with a Capricorn man can sometimes make him feel unstable. He’ll have to adjust his routine and get used to doing things himself again. That might be difficult for some Capricorn men.

If he’s feeling unstable and vulnerable, your Capricorn man might be willing to come back to you if you change your mind about the breakup.

Some Capricorn men are very family-oriented. They make their own decisions, but Capricorn men still care about the opinions of their family and friends.

If a Capricorn man is on the fence about taking you back, he might ask his family what they think.

He won’t go back to you just because his family likes you if he has zero desire to be with you. If he’s unsure about giving you a second chance, his family’s opinion may be the deciding factor.

Your Capricorn man might give you a second chance if all his loved ones tell him he should. If everyone is against it, he’ll be less likely to.

Sense Of Obligation Or Responsibility

Sometimes when a Capricorn man comes back to his ex, it’s out of a sense of obligation or responsibility. It’s not always because he still loves her.

For example, if your Capricorn man breaks up with you and you find out you’re pregnant, he might give the relationship a second chance for the sake of your child.

Unless he can’t stand being in the relationship for some reason, your Capricorn man might be willing to stay with you if you two already have children as well. He will only do that if he thinks it’s better for the kids if you two stay together.

Don’t rely on his sense of obligation to get you a second chance, though. If he genuinely thinks that getting back together is a terrible idea, he’ll figure out a way to be responsible separately from you.

He’ll Come Back If He Sees Potential

Will a Capricorn man regret losing you after a breakup? He might if he still thinks that the relationship has potential.

If you broke up with him and he genuinely thinks you two were good together, he might try to rekindle your relationship.

If a Capricorn man is in love with his ex, he will likely want her back. He takes a long time to connect to people and may not want to let that connection go!

If your Capricorn man sees that you’ve changed, he might return to you because of the relationship’s new potential. If you’ve worked on the things that made him break up with you, he’ll be willing to give you a second chance.