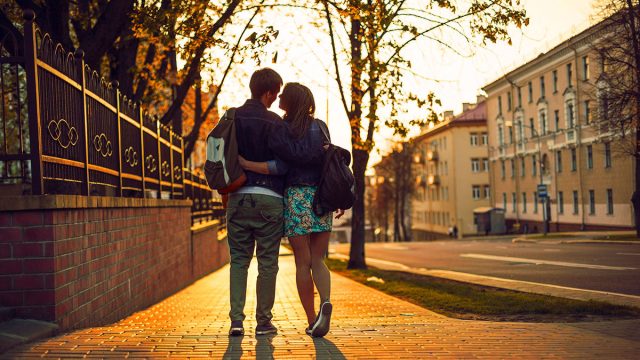 If you want to know about the typical Capricorn man and Capricorn woman compatibility, you might think that these two are soulmates.

Are two people born under the same zodiac sign a perfect match?

Because they have the same astrological sign, a Capricorn man and woman will automatically share a great deal in common.

But are these similarities enough to form the foundation of a successful, long-lasting relationship?

Once you have a better understanding of this zodiac sign, you will know whether or not a double-Capricorn relationship is likely to stand the test of time.

While having too much in common might cause problems in a long-term romantic relationship, it is a strong base for a friendship.

The typical Capricorn personality is ambitious, calculated, and determined. When a Capricorn man and woman meet, they will instantly recognize these traits in one another.

Capricorn is also a very honest and trustworthy sign, so they will appreciate that they can count on each other to always tell the truth and be forthcoming.

One of a Capricorn man’s negative traits is that he usually comes off quite cold. A woman born under this sign can be icy, too, but she is better at turning on the charm and making people feel welcome.

She can understand better than anyone else that a Capricorn guy doesn’t mean to be aloof; he just has a hard time making emotional connections with others.

A Capricorn woman is the perfect friend to help a Capricorn man open up and feel comfortable in social situations, and she is an asset to him in any group.

A Capricorn woman is so honest that she can come off as tactless and harsh at times, even though she has no ill intent.

A Capricorn guy knows that she never means to be rude or hurtful, and he quickly forgives her when she puts her foot in her mouth because he often does the same.

They are both extraordinarily hard-working, so they make excellent coworkers as well as friends. Their favorite thing to do together would be sitting in silence side-by-side while they work on their respective projects.

When a Capricorn woman needs to complain about a lazy employee, she knows she can call a Capricorn man. He will listen, understand, and sympathize with her problems.

If a Capricorn guy is having relationship problems because he puts his career before his partner, he can count on his Capricorn female friend to commiserate and support him. She likely has similar struggles in her love life.

A Capricorn man and woman understand each other in ways no one else can, so they will likely form a strong, close friendship.

Although a Capricorn man and woman can enjoy a wonderful friendship, their connection doesn’t translate well into a strong romantic relationship.

You might assume that two people born under the same astrological sign should be the best match for each other since they have so much in common, but this isn’t necessarily the case.

Sometimes, two people of the same sign work perfectly together; other times, it’s a recipe for disaster. It all depends on which astrological sign they both are, as well as the other aspects of their birth charts.

The best match for a Capricorn man probably isn’t a Capricorn woman because they are actually too similar for their partnership to work.

When a Capricorn dates another Capricorn, their relationship will likely suffer from a lack of personal growth. Although Capricorns are very level-headed and rational, they lack balance in other ways.

For example, since Capricorn is such a diligent and ambitious sign, a Capricorn couple will probably spend most of their time working on their own careers and other projects.

Unless they work together, they may not find much time to spend with one another, and their relationship will suffer. Even though they both understand the desire to work, their romance will fade from neglect.

Even though they aren’t the best match, this doesn’t mean that two Capricorns won’t be attracted to each other. They are likely to form an instant connection that they’ll want to explore.

She is elegant, understated, and refined, which grabs a Capricorn man’s attention much more than a lady who is flashy or ostentatious.

What attracts a Capricorn man to a Capricorn woman is her familiarity. Since they have so much in common, he will think that he has found his soulmate in her.

This sign is likely to mistake familiarity for love and emotional connection, so these two signs will probably want to try a romantic relationship once they meet.

When two Capricorns date each other for a long time, they will probably end up getting married. They can enjoy a happy union, but they aren’t the best match for each other.

A Capricorn man in relationships moves very slowly. He needs a lot of time to get to know his partner thoroughly before he will commit to her.

He’s not afraid of commitment; in fact, he yearns to find his perfect match so he can settle down with her and live happily ever after.

He just wants to make sure that he is with the right person, and that he can trust her not to break his heart before he makes any promises.

Nobody understands the reasons for his hesitancy to get married like a Capricorn woman because she feels the same way.

Even a Capricorn woman in love would rather take her time exploring the relationship and learning everything about her partner than make a mistake and marry the wrong person.

A Capricorn man in love with a Capricorn woman won’t be afraid to commit to her because he knows he can trust her implicitly.

The fact that she doesn’t rush the relationship actually makes him want to be with her even more because it shows they have the same values and expectations.

If they are together long enough and know each other well enough to decide that they want to get married, they will probably have a happy, easy marriage.

But they won’t know how great it could have been if they’d married someone who is less similar to themselves.

A Capricorn man and woman can’t teach each other to open up and be more emotionally expressive because neither of them has those capabilities.

They also won’t ever know what it’s like to be with a spouse who encourages them to loosen up, let down their hair, and enjoy life a little more.

They won’t have a tense, miserable marriage that ends in an acrimonious divorce, but they won’t have the kind of union that helps them to grow as individuals, either.

Much like a romantic relationship between two Capricorns, the sex life of two Capricorns will be comfortable and satisfying, but unfulfilling in ways that neither partner can truly understand.

It’s difficult to imagine what a Capricorn man and woman are like in bed together because they are typically stiff, formal, and cold people.

They have emotional depth, but they need someone expressive and vulnerable to help draw out their passionate side.

Two Capricorns sleeping together will have a perfectly enjoyable time, but it will always feel like something is missing or not quite right.

A Capricorn woman in bed with a Capricorn man will be comfortable and satisfied because he knows exactly what she likes and how to please her.

They both prefer to communicate with their actions rather than their words, and since they are so similar, it will feel like they are psychically connected and can predict what the other wants without being told.

This makes them feel like they are on the same wavelength, and like no other sign could be a better sex partner – but this isn’t true.

While the sex life of two Capricorns is pleasant, it lacks a certain emotional profundity and connection that they could achieve with partners born under other signs.

Sex is important to a Capricorn, but a man or woman born under this sign would rather have a mental connection with the person they are sleeping with.

A Capricorn man and woman will turn each other on with their intelligence, elegance, and mutual trust. They are both very disciplined and controlling, so they will probably enjoy power play in the bedroom.

They aren’t the most adventurous lovers, though, and once they find the moves and positions that work best for them, they tend to repeat them over and over.

This can get very boring, even for the most routine-oriented Capricorn, and both partners will start to notice that something isn’t working in their relationship.

They will have to make a conscious effort and work very hard to keep their sex life fun and interesting; otherwise, they are likely to fall into s sexual rut and become frustrated and unfulfilled.