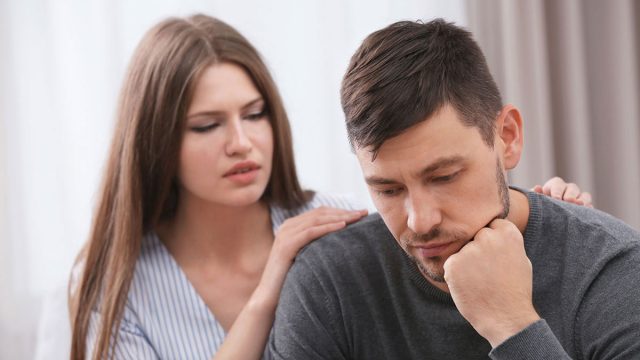 A Capricorn man’s breakup signs will be more noticeable the longer you two have been together.

Some of the signs might seem similar to how a Capricorn man acts at the beginning of a relationship. You may need to look harder for signs if your relationship is new.

If your Capricorn man is suddenly more distant than usual, that might signal something is up. If he refuses to tell you what’s wrong or gives you the silent treatment, that might mean he’s ready to break up.

A Capricorn man will treat you differently when he’s thinking about breaking up. He will stop being affectionate. He will no longer prioritize you or make time for you.

Capricorn men are honest. He won’t pretend to love you if he’s fallen out of love. He will start showing signs before he officially ends the relationship.

Will a Capricorn man come back after disappearing for a while? That depends on why he disappeared in the first place.

Many Capricorn men are naturally distant. If your relationship is new, he might seem distant, but that is because he needs more time to open up to you.

Capricorn men may act distant when stressed, overwhelmed, or upset. Your Capricorn man will return to you once he’s feeling better.

If he is suddenly distant and there doesn’t seem to be a reason, the reason might be that he’s getting ready to break up with you.

Your Capricorn man will usually tell you if he needs space. If you ask why he’s so distant, he might tell you that he wants some time to himself or that he’s overwhelmed by work and needs space.

If he doesn’t tell you why he’s acting distant and makes no move to fix it, that might be a sign he’s getting ready to break up with you.

2. He’s Indifferent Toward You

A Capricorn man acting distant isn’t always a sign by itself that he’s going to break up with you. If he acts indifferent toward you when you try to ask why he’s distant, that might be a bad sign.

Your Capricorn man might seem bored whenever you talk to him. He may even stop paying attention when you speak, even if you’re talking about something important.

This indifference is a sign that he’s emotionally distancing himself. He will often do this before a breakup.

3. Gives You The Silent Treatment

Capricorn men are usually direct. If your Capricorn man is mad at you and needs some time apart, he’ll tell you.

Passive-aggressive behavior is a sign that something is wrong. Your Capricorn man will usually tell you what’s bothering him instead of icing you out.

If he’s giving you the silent treatment, that might be a sign he’s thinking about breaking up with you.

If your Capricorn man ghosts you for a while and then says you two need to talk, that is almost always a sign that he’s going to break up with you.

4. He Never Has Time For You

When a Capricorn man is too busy for you and never tries to find time for you, even when you bring up your concerns, that’s often a bad sign.

Capricorn men tend to have packed schedules, but they always make time for the people that matter most to them.

Your Capricorn man might temporarily have less time for you than usual, but he’ll explain himself when that happens. He will give you a heads up if work is busier than usual.

If he suddenly has no time for you and there doesn’t seem to be a reason, it might be because he wants to break up with you.

5. He Never Prioritizes You

When a Capricorn man loves you, you will be a priority in his life. You might not be the top priority 100% of the time, but you’ll still be important to him.

Sometimes, a Capricorn man has to prioritize his career or his family over you. That won’t always be the case when he cares about you, though.

If your Capricorn man never prioritizes you, that’s a sign he doesn’t take your relationship seriously. This might happen when the relationship is new because he needs to get used to prioritizing you.

When you two have been together for a while, and he suddenly stops prioritizing you, that’s a red flag. If he starts choosing his friends over you or ditches you when you need him, he might be ready to break up with you.

When a Capricorn man respects you and loves you, he’ll treat you right. If he has to criticize something, he’ll only do so if he genuinely thinks the criticism is helpful.

When a Capricorn man cares about you, he wants you to feel good. He’ll compliment and praise you, even if he makes some critical comments now and then.

A Capricorn man who is getting ready to break up with you might seem far more critical than usual. He may even seem cruel at times.

If he’s falling out of love or no longer has an interest in you, your Capricorn man might start noticing things about you that bother him more than he did before.

He may also see no issue in voicing his criticisms. If he wants to break up and has no intention of staying friends, a Capricorn man might not be trying to maintain a good relationship with you.

When all affection stops, that’s a sign that your Capricorn man’s feelings might be changing. This is especially true if he brushes you off when you bring up the issue.

If a Capricorn man disappears after intimacy, that might be a bad sign. If he never sticks around after having sex, that’s a sign he might just be in the relationship for the sex.

One of the signs a Capricorn man is playing you is that he won’t be affectionate at all, even when you two are alone. It’s a definite red flag when all of his affection for you disappears.

When a Capricorn man has lost interest in you, he might suddenly seem more selfish than he usually is.

Your needs and desires may not matter as much to a Capricorn man when he’s planning on breaking up with you. He won’t bother taking care of you because he is starting to distance himself.

A Capricorn man might start refusing to help you if he’s losing interest in you. He will always do what he wants to do instead of lending a hand, even if you genuinely need help.

You might notice that a Capricorn man doesn’t seem to care about what you want. Instead of trying to compromise when you two want to do different things, he’ll insist you do what he wants if you’re going to spend time together.

9. He Doesn’t Trust You Anymore

One of the signs a Capricorn man is losing interest is that he’ll stop trusting you. He will no longer share his secrets with you or try to connect with you either.

If you’ve done something to betray your Capricorn man, you will almost definitely lose his trust. It will be very obvious too.

Usually, Capricorn men don’t care if their partners go out without them. If your Capricorn man suddenly seems suspicious of you whenever you go out, that’s a sign he’s lost trust in you for some reason.

A Capricorn man can’t stay with someone he doesn’t trust. Whether you’ve done something to break his trust or not, if he no longer trusts you, it’s only a matter of time before he breaks up with you.

10. He Stops Saying He Loves You

When a Capricorn man loves you, he’ll do his best to show you. He might not always make grand romantic gestures, but he’ll at least tell you that he loves you aloud.

If he stops saying that he loves you, especially when you still say it to him, that’s a sign your Capricorn man’s feelings might have changed.

Your Capricorn man might not constantly say “I love you” even when he does love you. If you notice that he’s stopped saying it in reply when you tell him you love him, that’s a sign he might be falling out of love.

A Capricorn man won’t lie to you. He won’t say that he loves you if he doesn’t.

Will a Capricorn man regret losing you when you two break up? If he’s fallen out of love, it’s unlikely he will.

The Capricorn Man’s Best Compatibility Match for MarriageWill a Capricorn Man Keep Coming Back? (And Why?)
Hello, I'm Liz