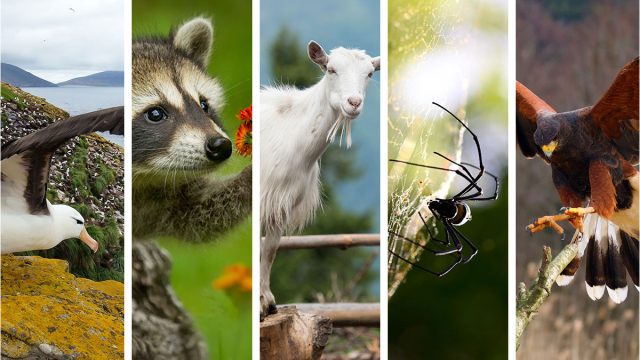 If you want to gain a better understanding of a Capricorn guy’s soul, then you need to figure out the Capricorn man’s animal.

Which creatures best portray the personality of this ambitious, hard-working zodiac sign?

You don’t need to go on a vision quest or perform a ritual to learn someone’s spirit animal.

All you have to do is know the common traits of their zodiac sign and match them with animals that possess the same qualities.

Once you learn more about the typical Capricorn personality traits and psychological characteristics, you will be able to determine the Capricorn man’s spirit animals.

I also have an article about Capricorn woman’s animal that you may find interesting. 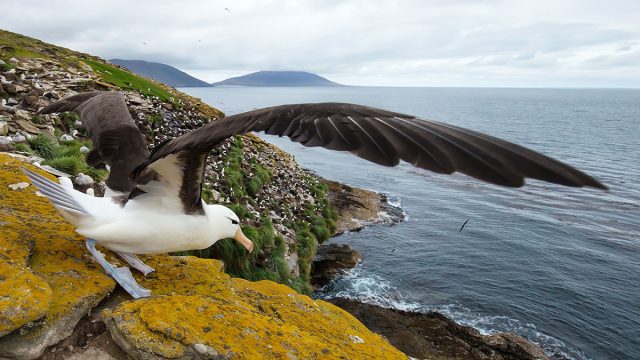 The albatross is a large oceanic bird with an impressive wingspan, the longest of any bird, that can exceed 10 feet.

They need their tough wings to help them glide and hover over long stretches of ocean water.

This regal bird uses its long, powerful wings to stay in flight for hours at a time, earning its reputation as one of the strongest flying creatures.

The endurance and vigor of the albatross make it an excellent spiritual match for the typical Capricorn man.

Of all the zodiac signs, the personality of a Capricorn man is perhaps the most emotionally tough and resilient.

This isn’t due to his optimism; in fact, Capricorns can be quite negative and pessimistic. But a Capricorn guy is only so fatalistic because he is a realist who likes to prepare for the worst-case scenario.

Instead of false confidence that everything will work itself out for the best, his strength comes from his ability to compartmentalize his emotions and remain stoic during a crisis.

If you are experiencing an emergency or need to lean on someone during tough times, a Capricorn guy is the right person to call.

He is stable and reliable, and he will always keep his cool and be your rock when you need him the most.

The magnificent strength of the albatross makes it an ideal Capricorn zodiac spirit animal. 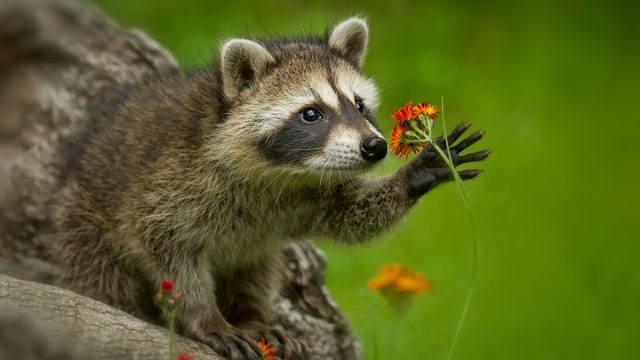 The raccoon as a spirit animal represents using your wisdom and intelligence to create transformative opportunities for yourself and those around you.

When someone with the raccoon spirit animal enters your life, the opportunities they present can be life-changing.

The raccoon also symbolizes chasing your dreams, no matter how lofty or ambitious they may seem to others or even yourself.

Just as the raccoon leaves no stone unturned in search of food or just out of playful curiosity, the Capricorn man fearlessly and cleverly pursues his goals.

The raccoon’s curiosity and inventiveness make it a perfect match for the Capricorn man spirit animal, meaning that Capricorn is one of the most resourceful zodiac signs.

Although not typically artistically creative, a Capricorn guy is ingenious and innovative when it comes to finding the answers to problems, especially for financial or work-related issues.

Every zodiac sign belongs to one of three modalities: cardinal, mutable, or fixed. A sign’s modality explains how that sign moves through and interacts with the world.

Modality tells us how that sign adapts to surroundings and how they respond to change. It also tells us if they are better at starting or finishing projects.

They have big ideas and are highly motivated. They are great at coming up with new ways of doing things and getting projects started.

Each zodiac sign also has a spiritual “age” based on the order in which that sign appears in the zodiac.

As one of the last signs of the zodiac, Capricorn is considered an “older” or more spiritually mature sign.

The combination of being a cardinal sign and a spiritually mature sign tells us that a Capricorn man is uniquely powerful when it comes to finding solutions and implementing them.

Unlike the other cardinal signs, Capricorn’s maturity means that this sign has the ability to see the projects they start all the way through to the end.

Capricorn even gets the reputation for being one of the zodiac signs that are know-it-alls because Capricorns are so good at doing their research and coming up with logical solutions. 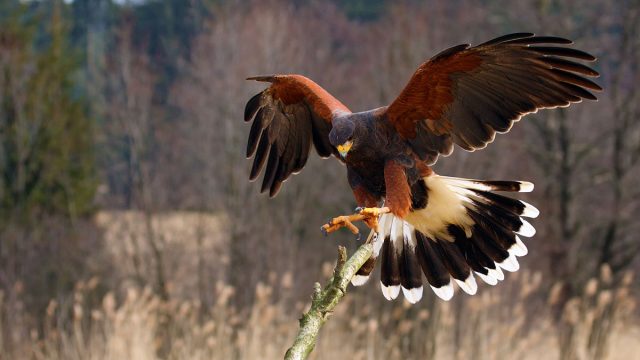 The expression “hawk-eyed” refers to the ability to hone in on small details and make observations without missing anything.

Having the hawk as a spirit animal represents being a visionary that can see things from a higher perspective.

The hawk is a ruthless animal known for its strong, hooked beak and sharp talons. This bird of prey feeds on small creatures such as rabbits, chipmunks, and squirrels. They even eat other types of birds.

A Capricorn man tackles his work with laserlike focus. Like the hawk zooming in on its prey, a Capricorn guy concentrates solely on the task at hand, not allowing himself to get distracted by any outside influences.

He can not only pay attention to the most minute details but is also able to step back and see the bigger picture. This ability is a big part of what makes him so successful.

The hawk also symbolizes materialism and cynicism. Capricorn is certainly one of the more cynical zodiac signs.

Some might say that the typical Capricorn man is a bit of a wet blanket because he is so prone to pessimism and complaining.

Capricorn men are also highly materialistic since financial success and a luxurious lifestyle are two of their greatest goals.

This zodiac sign’s personality is so ambitious that a Capricorn man never lets his feelings get in the way of achieving his goals.

The ruthlessness of the hawk makes this animal one of the Capricorn zodiac sign’s symbols. 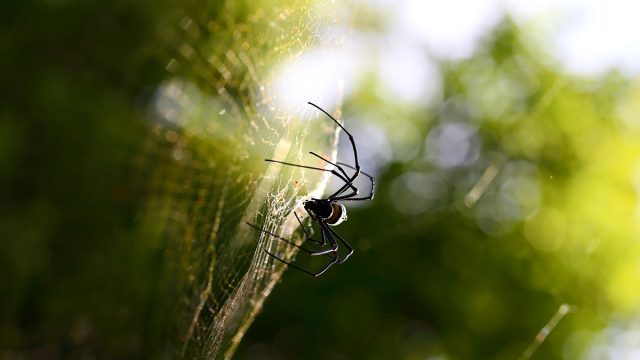 The spider is a fascinating creature known for the intricate, gossamer webs it builds using its own silk.

There is no better representation of how diligent and enterprising the typical Capricorn man is than the industrious spider.

Spiders independently spin elaborate webs out of impossibly strong silk that they manufacture themselves. They use their webs as a dwelling, a place to lay eggs, and as a trap to catch prey.

As a spirit animal, spiders symbolize patience and hard work. The spider waits patiently for prey after cleverly and tirelessly building a nearly invisible trap.

Much like a Capricorn man, the spider is both fierce and gentle at the same time. Although it is diminutive in size, larger creatures, including many humans, fear this insect.

Some types of spiders are poisonous, but they only attack humans if provoked. They help control the insect population by feeding off of the bugs that wander into their webs.

Capricorn is one of the most ambitious zodiac signs, meaning that a Capricorn man has lofty goals for himself and won’t stop working until he achieves them.

Just like the spider works endlessly to build the perfect web, a Capricorn man works hard to build an empire so he can support his family and himself.

What he wants more than anything is to earn enough money to provide a safe, beautiful home and a comfortable lifestyle for his loved ones.

The typical Capricorn man craves recognition for his hard work, even if that recognition comes only in the form of financial success.

He needs the validation of a substantial paycheck to make him feel stable and secure.

The hard-working and independent nature of the spider earns this fascinating creature a spot on the Capricorn spirit animal list. 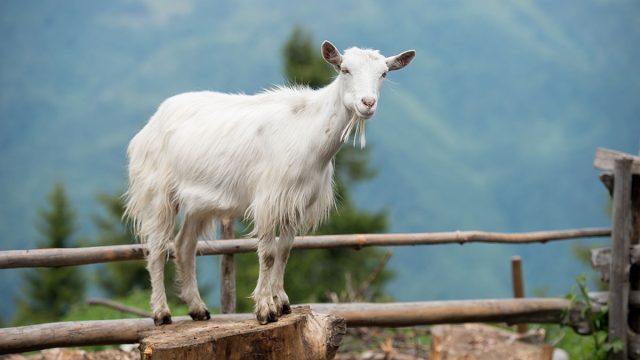 Every astrological sign has a symbol, usually an animal, that encapsulates the distinctive qualities of that sign.

Capricorn’s symbol is the sea-goat, a mythical creature that has the body of a goat from the waist up and the tail of a fish.

The combination of the earth and water elements present in this symbol tells us that Capricorn men are grounded and stable, yet sensitive and intuitive.

But if only one of these two creatures could represent the spirit of a Capricorn man, it would have to be the goat for its perseverance.

Specifically, the mountain goat is an excellent example of strength and persistence. These mammals use their strong hooves and keen eyesight to help them scale huge mountains in even the most treacherous conditions.

Mountain goats are both powerful and nimble, and they can jump up to 12 feet in a single bound.

Capricorn is known as the “father” of the zodiac because this sign likes to dispense advice and mentor others.

Capricorn men are natural leaders and thrive in positions of authority. They make effective managers and community leaders.

The mountain goat has a distinctive beard, making it even look like the perfect representation of the wise, fatherly Capricorn man.

It also has a long, warm coat of fur to help protect it against the cold air and biting winds of the mountains.

Despite the steep uphill climb, rocky trails, and harsh weather conditions, a mountain goat perseveres through it all to reach the top.

Similarly, a Capricorn man never gives up and is unphased by any obstacle that stands in the way of reaching his goals.

The determination of the goat makes it one of the Capricorn zodiac sign’s animals.

Why Are Capricorn Men So…?Capricorn Man Compatibility with All 12 Signs
Hello, I'm Liz