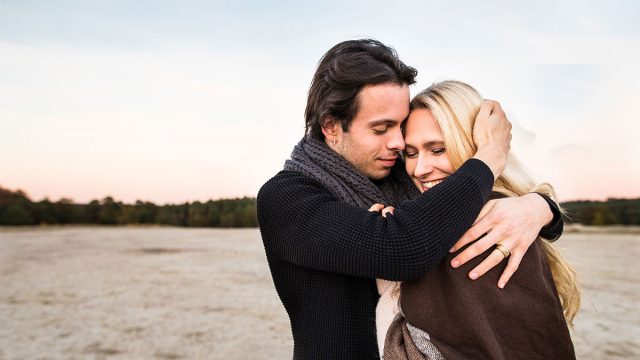 Capricorn-Capricorn compatibility can be hit or miss. Sometimes, these two are a bit too similar to have a successful relationship.

Not everyone gets along with someone who shares the same sun sign. This can be a struggle for Capricorn, so two of them won’t always become close.

Capricorn can be stubborn and demanding. They usually like things a certain way and can be more dominant. When two Capricorns try to have a relationship, it will be difficult for them to compromise.

Capricorns can also be particular about the way they like things. They stand by their convictions as well. If two Capricorns have differing values, they likely won’t be able to reconcile them.

A Capricorn-Capricorn friendship is typically the most successful type of relationship these two can have. They might struggle with sex or romance, but friendship won’t always be an issue.

If two Capricorn friends ever have interpersonal issues, they can easily take time apart. As long as they aren’t roommates, it will be easy for them to dive into work or do other things until they are ready to hang out again.

That won’t always be possible in a romantic relationship, though. A friendship between these two can be a little more hands-off if it needs to be.

As friends, two Capricorns won’t always have much fun together. They won’t be able to relax or enjoy themselves together either. Capricorn needs friends like Taurus, Pisces, or Scorpio to help them relax and bring out their fun side.

Capricorn will always be able to respect another Capricorn’s ambitious, hard-working nature. Even if these two don’t develop a strong bond, they will likely always share that respect.

When two Capricorns hang out, everything is planned out. They are not the spontaneous type. They can trust that the other will be on time and that they will stick to the plan. There won’t be any surprises.

Capricorns can be generous and loyal friends, but their idea of loyalty doesn’t always match up with the view others have. Luckily, two Capricorns will be on the same page about this.

Capricorns will put themselves and their work first most of the time. They might not always be there for the little things and aren’t the best at offering emotional support.

When a loved one is genuinely in trouble or needs assistance, Capricorn will be there. You can count on them when it matters, and two Capricorns will know this about one another.

If these two become friends and develop a bond, they will likely be friends for a long time. They might have periods where they don’t see one another or talk much, but that won’t matter. They’ll both still be there when they can spend time together.

A Capricorn man and a Capricorn woman’s compatibility can be hit or miss in a romantic relationship. These two will excel in some areas, but they won’t always be able to make a relationship last.

A Capricorn-Capricorn relationship can be complicated at times. These two may never even come together in the first place.

This isn’t always the best relationship for either partner. Capricorns usually need the soft touch of a sign like Cancer or the calming presence of Taurus. Other Capricorns are just too similar to them.

If two Capricorns are emotionally distant, they won’t be able to bond and form a strong relationship. Unless one or both have already learned how to be more open and vulnerable, they will struggle with intimacy.

These two can typically trust and rely on one another, but that isn’t always enough. They know the other will always be on time for dates, and they know they are telling the truth because they know they themselves are truthful.

Being punctual or truthful won’t keep a romance alive if there is no emotional bond, intimacy, or actual vulnerability between two Capricorns.

Capricorns also aren’t always the best communicators. They can get their point across when discussing work or give enough information to explain how to do something, but they don’t always have deeply involved discussions.

Capricorns can open up, but they usually need someone chattier than they are to bring out that side in them. Even if these two have a lot to say, they might not always feel comfortable doing so with one another.

If these two genuinely love one another, they need to be willing to open up more and make sacrifices for the relationship.

Two stubborn Capricorns will go nowhere together if they can’t learn to compromise. They must realize that it’s okay if they don’t always do things the same way or have the same opinions. That doesn’t mean either is wrong.

Are Capricorn and Capricorn soulmates? These two can develop a bond, but it takes time and effort. If neither is willing to work on that bond, open up, and relax, they won’t be able to keep a relationship going.

Capricorn and Capricorn’s marriage compatibility can be high if these two manage to get married in the first place.

Capricorn isn’t the type to jump into marriage. They tend to marry later in life after establishing themselves in their career and reaching a certain level of success.

Sometimes, two Capricorns come together at the wrong time. They might both be focused on their career. If one is ready to settle down and the other isn’t, they may not always be able to wait until they’re both ready.

A Capricorn man’s compatibility with a Capricorn woman if he isn’t too traditional or conservative. Capricorn women are just as independent and driven as Capricorn men. They won’t be stay-at-home wives because they will want to be successful too.

A Capricorn woman’s compatibility will be higher with a Capricorn man if these two are realistic in their expectations for one another. Both can be demanding in relationships, but they need to ease up if they want to be together.

When two Capricorns share the same values and have compatible life goals, they can make a marriage work. By the time they get married, they will likely already know if they are compatible in these ways.

Two Capricorns might not always share all the same values, but they don’t have to be precisely the same. Their values need to be compatible, and they need to learn how to let go of some of their minor differences.

This marriage will be more successful when these two make time for one another and focus on developing their bond. Luckily, Capricorn’s love language tends to be quality time.

When Capricorn genuinely cares about someone, they will make time for them. They might prioritize themselves and their work sometimes, but they will ensure they schedule time with their spouse.

A relationship between two Capricorns isn’t always meant to last. Capricorns take marriage seriously, though. They won’t get married unless they are sure they can make their marriage successful.

If issues do come up, these two will try to work through them. They will only call it quits if they cannot figure out how to make one another happy.

Capricorn’s sexuality seems repressed or restricted sometimes. It can be difficult for others to figure out what Capricorn thinks about sex.

A sexual relationship with Capricorn will likely start slow. Capricorn is a sign that likes to be in control. Sex can make them feel like they are losing that control, and they don’t want to lose control in front of just anybody.

However, Capricorns do like sex. They can be incredibly sensual, and many have high libidos. They just don’t let those libidos get the best of them if they can help it.

Capricorn’s approach to sex may seem boring to others, but another Capricorn will, at the very least, understand it because they are likely to have the same approach.

Just like Capricorn thrives with more emotionally open partners, they also do better in the bedroom with partners who are more relaxed and creative than they are. It can be challenging for two Capricorns to form any bond in the bedroom.

Capricorns aren’t as dull as they appear to others. They have a wild side, but others can find it challenging to bring that out in them. Another Capricorn will have an even harder time doing so.

At the very least, these two both have a practical approach to sex. If two Capricorns go to bed with one another, they can each trust that the other will be safe and respect previously discussed boundaries.

Capricorn is not that spontaneous in the bedroom, especially with a partner who isn’t spontaneous either. Another Capricorn isn’t likely to bring out their passionate side.

These two may understand one another, but that doesn’t always mean they will have a good sex life. It may seem overly methodical at times. These two may just be scratching an itch rather than truly bonding or satisfying one another.

If two Capricorns want to have a fulfilling sex life with one another, they need to open up more. They need to develop emotional intimacy and learn to let go and enjoy themselves.