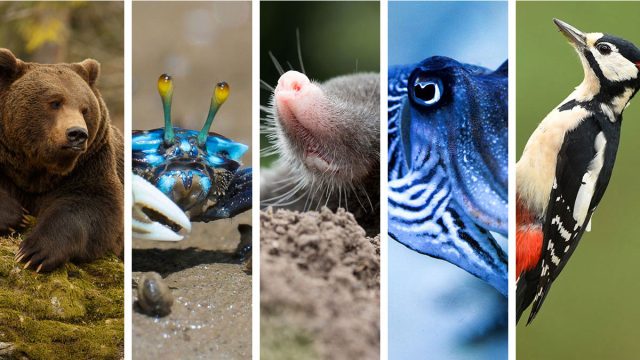 You can determine a Cancer woman’s animal by matching her zodiac sign’s typical personality traits with the characteristics of various animals.

Which creature shares traits with a sensitive Cancer lady?

Cancer women are very emotional, intuitive, and protective, so the Cancer spirit animals should also possess these qualities.

Once you have a better understanding of her zodiac sign’s character and behaviors, you will be able to recognize a Cancer woman’s spirit animals.

I also have an article about Cancer man’s animal that you may find interesting. 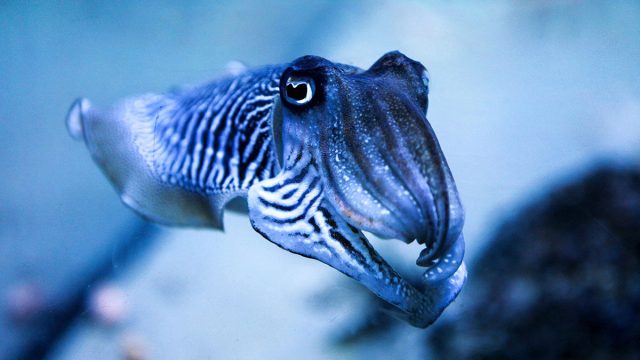 Every zodiac sign correlates with one of the four elements of nature. The four natural elements are fire, air, earth, and water.

The twelve zodiac signs are distributed evenly among the four elements, with each element possessing three signs.

A sign’s natural element tells us about that sign’s temperament, personality traits, and compatibility with the other signs.

Cancer is one of the water signs, and water signs are known for being sentimental, emotional, and mysterious.

As a water sign, a Cancer woman feels her emotions profoundly. When she falls in love, she falls hard.

Because she has so much to give to a romantic partner, she is cautious and guarded when it comes to love.

She has a hard time opening up to people not because she’s reluctant to fall in love, but because she wants it so badly. She just doesn’t want to let the wrong person in and get her heart broken.

This zodiac element’s compatibility with another person depends entirely on the ability to trust. A Cancer woman can’t be with a man who betrays or lies to her.

Her guardedness is what makes a Cancer woman’s perfect spirit animal the cuttlefish.

As a water sign, it makes sense that at least one of her animals should be a water-dwelling creature. But the similarities between a Cancer woman and the clever cuttlefish go far beyond their elemental connection.

Despite its name, the cuttlefish is not really a fish at all, but more like a squid or an octopus.

The cuttlefish is known as the chameleon of the ocean because it is covered in chromatophores that allow it to change colors and blend into its surroundings.

The cuttlefish represents a Cancer woman’s guardedness because she, too, will try to hide her true self or take on her partner’s personality traits in an effort to protect herself. 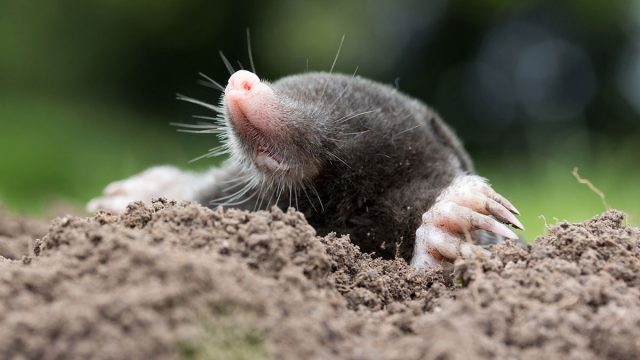 Just as each zodiac sign has a natural element, every sign also has a spiritual age determined by the order of the zodiac.

Cancer is the youngest water sign, meaning that a Cancer woman has little control over her emotions and can be quite temperamental.

Cancer is perhaps the most sensitive of all the zodiac signs, meaning that a Cancer woman is not only easily affected by her surroundings but is also highly aware of other people’s feelings.

The mole is the perfect creature to express a Cancer woman’s sensitivity because the blind mole uses its extraordinarily powerful other senses, particularly smell, to navigate the world.

Moles are sweet little furry creatures that burrow underground and are extremely vulnerable to predators.

A Cancer woman’s sweetness, naivety, and sensitivity also make her vulnerable to those who would do her harm, just like her cute mole Cancer spirit animal.

She is so sensitive that at times it may seem like she’s psychic.

She can sense how other people are feeling without them having to say a word, and she may even be more aware of their emotions than they are.

A Cancer woman’s astrological house also strengthens her connection to the earth-dwelling mole.

Every zodiac sign rules a house of the zodiac. A sign’s house tells us about that sign’s strengths and values. Cancer governs the fourth house, which is the house of home, roots, family, self-care, and emotions.

A Cancer woman takes solace in her home when she is feeling hyper-sensitive and needs a break from the world.

The mole builds a network of tunnels underground, with different chambers for sleeping, storing food, and more. The mole cherishes its personal space, just like a Cancer woman.

A Cancer woman may appear soft and sweet, but when she’s provoked, she can get surprisingly fierce and mean.

Because she is so attentive and generous with her loved ones, she is more likely to jump to someone else’s defense than her own.

A Cancer woman is like a protective mama bear when it comes to the people she cares about.

The bear spirit animal tells us that while a Cancer woman has a gentle soul, she can become fierce and intimidating when she’s protecting her loved ones.

The black bear is an omnivore that mostly feeds on plants, insects, and small prey. Despite their intimidating size and sharp teeth, black bears are not naturally aggressive and almost never attack humans.

But if you want to see a mama bear’s claws come out, you should try getting in between her and her cubs.

The normally placid black bear will become combative and hostile if there is any threat to her dear ones.

A Cancer woman is as fiercely protective as a mama bear. She will not only defend and protect any children she may have but also any other person in her life she has strong feelings for. 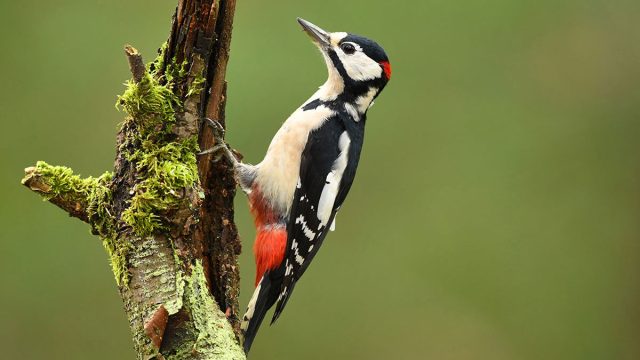 Every zodiac sign is guided by a particular heavenly body that tells us something important about that sign’s personality.

While most signs are ruled by a planet, Cancer is one of the rare exceptions. Instead, Cancer is governed by the mystical moon.

In astrology, the moon represents femininity, creativity, intuition, and maternity. Known as “the Mother” of astrology, Cancer is perhaps the most maternal of all the zodiac signs.

Most Cancer women are very traditional and yearn to settle down with a partner and start a family. They are excellent at raising kids and appreciate the magical innocence of children.

The typical Cancer personality is very nurturing. A Cancer woman is a natural care-taker, and she often takes the role of the mother in her group of friends or workplace.

The nurturing, parental nature of the woodpecker earns this bird a spot on the Cancer woman’s spirit animal list.

Woodpeckers are typically monogamous and both partners work equally hard to raise their young.

Competition for nest space is fierce, with other birds waiting to take over the cavities where woodpeckers lay their eggs as soon as the young leave the nest.

Sometimes, the other birds won’t wait. They will shove the woodpecker eggs or even hatched baby birds out of the nest before they are ready, leaving them to perish.

Mother and father woodpeckers take turns guarding the nest, sitting on the eggs, and gathering food for the hatchlings.

A Cancer woman is similarly invested in the well-being of her children or anyone else she loves. She will do whatever it takes, including sacrificing herself, to take care of her dear ones. 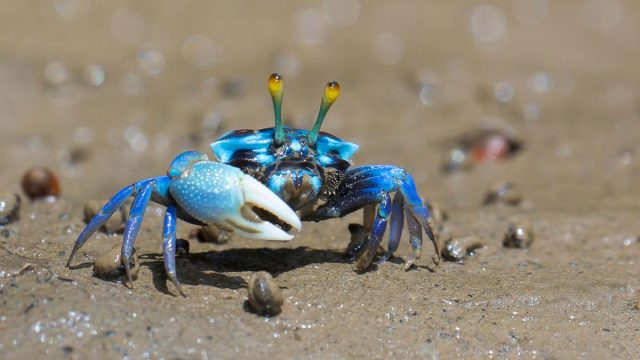 Every zodiac sign has a unique symbol, typically an animal. The zodiac symbols encapsulate the special qualities of each sign.

Cancer’s symbol is the crab, earning this ocean-dwelling creature a spot on the Cancer woman’s spirit animal list.

The symbol of the crab tells us that this zodiac sign’s personality is quite emotional. Like the cranky crab, a Cancer woman will pinch back if she is tested or threatened.

One of the typical Cancer traits is moodiness. A Cancer woman experiences her emotions deeply, and she can swing wildly from one intense mood to another in a matter of seconds.

When a Cancer woman is feeling happy and energetic, she comes out of her shell to socialize, like the crab scuttling around on the sand.

But when she’s feeling drained, upset, or hurt, she will retreat back into her shell to recover and rest.

She’s very mercurial and needs to be with someone who can keep up with her mood swings. This zodiac sign’s compatibility with a romantic partner depends on her lover’s ability to intuit and adapt to her moods.

Since she is so sensitive and skilled at reading other people’s emotions, she may expect the same from those around her.

The cantankerous crab is also very self-protective and introverted since it carries its home on its back everywhere it goes.

A Cancer woman similarly protects herself by putting up emotional walls when she’s around people she cannot trust.

She can’t help but wear her heart on her sleeve since she’s so moody and emotional, but she makes an effort to conceal her feelings when she’s around disloyal people.

She also treasures her home and views it as a sacred space where she can relax and be her most authentic self. If a Cancer woman could carry her home everywhere she goes like the crab, she would.

It’s no wonder that the crab is the Cancer woman’s symbol because this ocean creature perfectly portrays many of her distinctive characteristics, especially her moodiness.