10 Signs a Cancer Man is Using You 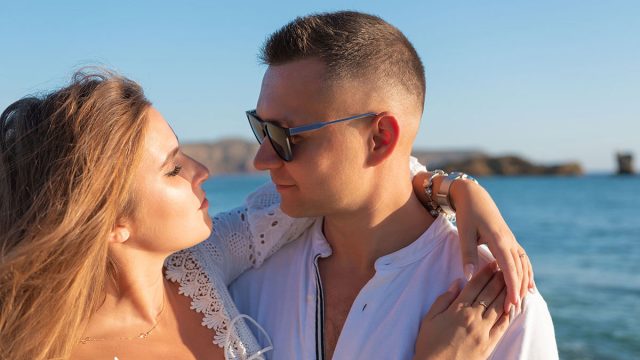 You might think a Cancer man using you would never happen, but it can. Many Cancer men are compassionate, but not all are above using someone.

It will be obvious if a Cancer man is using you. You won’t see any of the usual signs of love from him.

Cancer men aren’t typically good liars. They also tend to be open books, whether they like it or not. You’ll be able to tell something is wrong if a Cancer man isn’t being entirely honest with you.

A Cancer man might be unaffectionate and unsupportive if he is using you. He also won’t open up to you and may seem distant or cold.

Your Cancer man will not go out of his way to make plans with you or be there for you if he’s using you. He will likely not be good at faking affection for you.

One of the signs a Cancer man is using you is that he won’t be affectionate. Cancer men are typically very loving with the people they care about.

When a Cancer man is done with you, you might notice that he starts to withdraw affection. If your Cancer man is suddenly unaffectionate and won’t explain why that might be a sign that your relationship will end soon.

How do you tell if a Cancer man is using you? He’ll never be there to give you emotional support if he doesn’t genuinely care about you.

If your Cancer man ignores you any time you’re sad or upset, that’s a red flag. He might be using you if he’s never willing to listen to your problems.

A relationship with a Cancer man is usually one of mutual support. He will always be there for the people he loves, and he will expect them to be there for him in return.

There will be times when he legitimately can’t offer support. If a Cancer man cares about you, those times will be few and far between.

3. Doesn’t Get Vulnerable With You

If a Cancer man is using you for emotional support, he might reach out to you when he’s upset and needs a shoulder to cry on. However, he may never get genuinely vulnerable with you if he’s using you.

A Cancer man likely won’t trust you if he’s using you. If he doesn’t see a future with you, he won’t go out of his way to open up and allow you to get to know the real him.

Your Cancer man might be alright with being emotional now and then, especially if he needs someone to listen to him. He won’t tell you his secrets, though. He won’t fully open up to you.

When a Cancer man uses you, he won’t want you to get vulnerable with him either. He will not try to establish an emotional connection and may actively avoid doing anything that would make either of you appear vulnerable to the other.

4. You’re Not In His Future

Will a Cancer man use you? Any sign is capable of using someone else. Cancer men can be just as selfish as anyone else. If a Cancer man is using you, he’ll make it evident that he doesn’t see you in his future.

How do you know if a Cancer man is over you? You will no longer be mentioned when he talks about the future.

A Cancer man who is using you might talk about the future in front of you. You won’t be in it, though. His plans may include other people or involve him being alone, but you won’t come up.

When a Cancer man is using you, he might seem cold and distant. This will seem very out-of-character if you’re used to the affection and compassion a Cancer man usually displays.

It’s not a red flag if your Cancer man seems temporarily distant. It might be if he’s constantly distant.

A Cancer man will seem warm and affectionate when he cares about you. If he is completely cold, that’s likely a sign he doesn’t care about you or that he doesn’t trust you.

Your Cancer man will likely let you know if there is a legitimate reason behind his distance. If he’s overwhelmed or if you’ve hurt his feelings, he’ll tell you. However, he might be using you if he’s constantly distant and won’t say why.

6. He Ignores Your Messages

Cancer men might not always initiate text conversations, but they tend to be reliable at responding. A Cancer man who cares about you will never ignore your messages on purpose.

If a Cancer man constantly leaves you on read or ignores your messages for days at a time, that’s a sign something might be wrong.

A Cancer man may temporarily ignore text messages if you two fought or if he’s overwhelmed. He will eventually respond to you, though, and he won’t make a habit of ignoring your messages.

If he ignores your messages and only reaches out when he wants something, that is a sure sign your Cancer man might just be using you. Typically, Cancer men enjoy chatting with their loved ones!

It’s normal to miss a message or two accidentally. It’s not normal for a Cancer man to ignore every message you send to him.

A Cancer man’s love language is often quality time. When he loves somebody, he wants to be with them as often as possible.

Your Cancer man won’t want to spend time with you if he’s using you. He might only initiate contact to get what he wants from you and avoid you outside of that.

If a Cancer man uses you for emotional support, he might only reach out when he’s upset. If he’s trying to make an ex jealous, he’ll only make plans with you when he knows she’ll be around.

If you notice that your Cancer man is making fewer plans with you than usual, talk to him. He might simply be busy. If he has no excuse or constantly ignores you for a long time, that’s a red flag.

8. He Doesn’t Give You Gifts

Cancer men might not give extravagant or expensive gifts constantly, but gift-giving is one of their ways of showing affection.

Cancer men are generally good at remembering important dates like birthdays and anniversaries. They will also typically give their partners presents for holidays such as Christmas.

If your Cancer man never gives you gifts, even during important holidays, that’s a red flag.

Don’t expect constant gifts from a Cancer man. Do pay attention if he doesn’t give you gifts for your birthday, Valentine’s Day, etc.

9. Doesn’t Introduce You To His Friends & Family

It’s usually easy to tell if a Cancer man likes you. He will usually introduce you to his friends and family if he cares about you.

Introducing you to friends is something a Cancer man does early in a relationship, though he may wait to introduce you to his family.

If a Cancer man refuses to let you hang out with his friends, that is a sign something is up. He usually wants to make sure that his friends and partner get along.

If you two have been dating a while and he won’t introduce you to his friends or family without a reasonable explanation as to why that’s a red flag. He might be using you, or something else might be going on.

Talk to your Cancer man if he won’t introduce you to his loved ones. See if there is a legitimate reason behind it before jumping to conclusions.

10. He Doesn’t Prioritize You

How a Cancer man behaves in love is pretty obvious! He will openly shower his partner with affection. He will prioritize their needs and make sure he does everything to meet them.

When a Cancer man is using you, though, he will not prioritize you. It will be apparent if you’re just convenient for him or that he only wants something specific from you.

If you genuinely need help from your Cancer man and he cares about you, he will at least try to be there. He might not always be able to get out of work or other obligations, but he’ll try.

A Cancer man who cares about you will also try to please you. He will care about your happiness. If he’s using you, it will be evident that your desires and happiness are not important to him.

What is The Cancer Man Texting Style?What to Expect When a Cancer Man is Heartbroken
Hello, I'm Liz