What is The Cancer Man Texting Style? 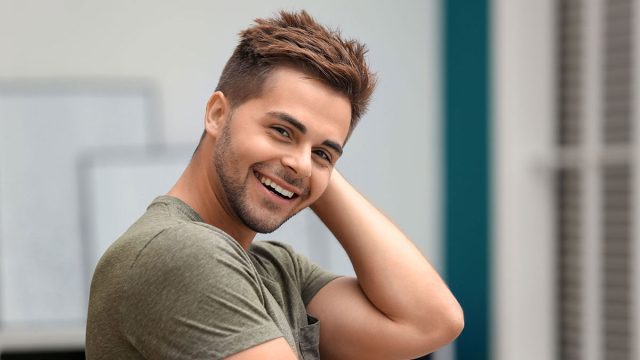 A Cancer man’s texting style will likely change as you get to know him. He doesn’t text every person in the same way.

His style might seem shy and quiet at first. As he gets more comfortable, you may find that he’s more chatty.

Cancer men are generally polite and amiable, so a Cancer man’s texting style will convey that regardless of how well you know him. He will show more personality as you two get to know one another, though.

A Cancer man’s texting style tends to be emotional, supportive, and affectionate. That affectionate aspect will increase or decrease depending on your relationship.

Many Cancer men are shy. Some can be self-conscious as well. Your Cancer man might not always initiate text conversations, but that doesn’t mean he doesn’t enjoy chatting with you!

How do Cancer men text? The exact style will vary depending on how well he knows you. At first, he might be shy, but that doesn’t mean he’ll always be shy.

Are Cancer men shy all the time? Many of them become less shy as they get to know someone better. His texts might seem shy or awkward at first, but that will likely change.

A Cancer man might seem shy because he doesn’t know what to talk to you about yet. You may need to guide the conversation at first until he feels more comfortable.

Your Cancer man might also seem shy if he has a crush on you. He may be worried about embarrassing himself!

Just be patient with your Cancer man. His shyness will likely wear off as you two become closer.

A Cancer man’s communication style is emotional. His texting style will be no different! Your Cancer man will likely talk about feelings when texting you.

Even if a Cancer man is shy, you will likely be able to read his feelings easily through text. Cancer men are open books, in person and via text message.

Emotion and tone can be more challenging to read through text messages, but you’ll likely still be able to see a Cancer man’s emotional side in his messages.

If your Cancer man is upset, he might message you to talk. His sadness or agitation will be apparent in his messages, even if he is trying to downplay how he feels.

You can get emotional with a Cancer man over text too. He will gladly listen to you if you need to talk about your feelings.

When texting with a Cancer man, you can expect the same level of honesty from him as you would expect when chatting in person.

Cancer men don’t see the point in lying most of the time. Even if it might be easier to lie over text, a Cancer man isn’t likely to do that to you.

You can expect honest answers to anything you ask a Cancer man over text. If he doesn’t want to talk about something or isn’t comfortable answering a question, he’ll usually just say that instead of lying or avoiding the topic.

You and your Cancer man can have honest conversations via text. You don’t have to worry that the medium will make it easier for him to lie. He’s unlikely to want to lie to you in the first place.

Unless he’s upset, a Cancer man’s texting style will generally be pretty calm. Text conversations with him are rarely overwhelming or all over the place.

Cancer men don’t tend to be high-energy people. You might see a Cancer man’s wild side if you know him very well, but he’s on the calm side for the most part.

You can have a quiet, relaxing conversation with a Cancer man over text. He might engage in small talk if he doesn’t know you well. If he does know you well, he’ll still be okay talking about “boring” topics over text.

Texting a Cancer man can be comforting at times. Text your Cancer man if you’re ever overwhelmed and need to have a calm conversation. He’ll likely be happy to oblige.

Texts Often When He Likes You

If your Cancer man texts a lot, that means he likes you. He may like you as a friend or have stronger feelings, but texting often is a definite sign that he enjoys your company.

Cancer men can seem shy or quiet at first, but many can be very chatty!

A Cancer man just needs to be talking to the right person. When he feels comfortable with you, you’ll get more text messages from him than someone he just met.

Your Cancer man might initiate conversations more than he usually would when he likes you. He may look for any excuse to message you just because chatting with you will make him happy.

You might also find that your Cancer man has long conversations with you. He’ll gladly stay up all night chatting with you about anything and everything when he likes you.

How do you know if a Cancer man likes you through text? He will likely be very affectionate. He’ll compliment you often and may even flirt a bit.

Cancer men show affection in many different ways through text. He can’t show you physical affection, so sometimes he’ll have to get creative.

A Cancer man might show affection by sending heart emojis. He might be more obvious with compliments and flattery. He will do whatever he can to show you that he cares.

You can expect sweet messages from your Cancer man, especially if he cares about you. He won’t be afraid to tell you that he loves you via text. He’ll make sure that you know how he feels.

Talking to a Cancer man via text can be very helpful at times. He will gladly have serious conversations with you over text and be there for you when you need some support.

If you are upset and need to chat, your Cancer man will try to be there for you. He’ll read through your messages and offer advice if you ask him to. If you want to vent, he’ll gladly allow you to.

You can talk to a Cancer man about nearly anything without fearing judgment from him. He’s not going to judge you for having feelings. He will validate your emotions and just listen if that’s what you ask him to do.

Even if you ask for advice, his advice will never be judgmental. He will always be supportive and compassionate.

Cancer men tend to be reliable texters. They might not always reach out, but they are good at responding once you get a conversation going.

Your Cancer man will always try to respond to you as quickly as possible. He might occasionally miss a message, but he’ll reach out to you when he notices that you’ve messaged him.

A Cancer man will rarely leave you on read. If he sees that you’ve messaged him and he can’t respond, he’ll wait to read the message or reply to let you know that he can’t talk at the moment.

Cancer men will also message you if they’ve promised to do so. If he says he’ll reach out to make plans, you can trust that your Cancer man will.

If a Cancer man is not texting back like he usually does, that might be a sign something is wrong. Cancer men are generally reliable and consistent with their texting.

Do Cancer men like to text? Many of them do! This doesn’t always mean that a Cancer man will initiate text conversations.

Should you text a Cancer man first if you haven’t heard from him in a while? You should! This shows that you want to speak with him. He will appreciate it when you reach out.

Once you initiate contact, you might be surprised by how chatty your Cancer man is! He sometimes needs the other person to make that first contact.

If your Cancer man does initiate contact, he will usually have a reason why. He won’t mind if you text him just to chat, though.

Some men will not get vulnerable or show their sensitive side over text. Cancer men usually have no problem doing so.

You will see your Cancer man’s sensitive side when you two text. If he’s comfortable with you, he won’t be afraid to show it.

Your Cancer man will reach out for support, talk about his feelings, and get vulnerable with you over text.

Cancer men can be silly and play around, but you may hurt their feelings if you tease them too much. Mind what you say when texting your Cancer man so that you don’t accidentally upset him.