Why Has a Cancer Man Stopped Texting Me? 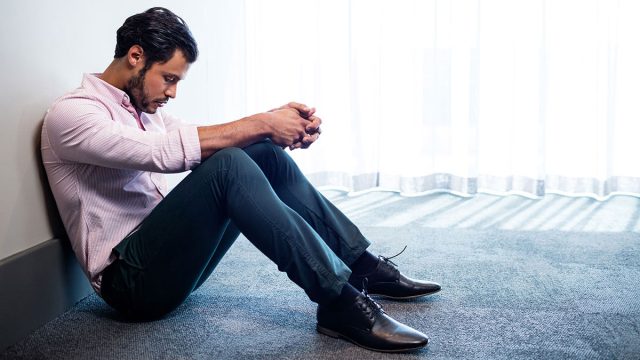 If you are dating or friends with this water sign and he has suddenly gone silent, you’re probably wondering, “Why did my Cancer man stop texting me?”

There are many possible explanations for why a guy stops texting you.

Depending on his astrological sign, he could be busy, angry, annoyed, or even just playing with your emotions.

So, is your Cancer man toying with you or should you be worried about his well-being when he suddenly stops responding to your texts?

If you are questioning what to do when a Cancer man ignores you, you can look at his sign’s typical personality traits to figure out the best way to react to his silence.

He Is Going Through Something

Some zodiac signs struggle with communication and are particularly unreliable when it comes to being reachable on their phones.

For some signs, it’s totally normal to not hear back from them for days or weeks at a time because that’s how they treat everybody.

But Cancers are not one of these unreliable communicators. Trust is of the utmost importance to Cancers and they want their friends to know they can call them whenever they are needed.

Cancers are usually good at communicating with others, and it’s unlike them to go hours or days without responding to your texts.

If your Cancer guy has suddenly stopped responding to your text messages with no explanation, and you can’t think of anything that could be wrong in your relationship, you might have reason to worry about him.

When a Cancer guy stops texting you for seemingly no reason, the best possible explanation is that he is going through a hard time, physically or emotionally.

He might have fallen ill or been in an accident, or perhaps he’s struggling with a bout of depression. Something may have happened to someone close to him and he can’t bring himself to respond while he handles it.

Before assuming he isn’t responding to you for any other reason, make sure that your Cancer guy is safe.

Talk to your mutual friends to check if anyone has heard from him or knows what’s going on.

Because he’s usually quick to respond, it could be a sign something is seriously wrong when your Cancer man doesn’t text back. Make sure he is out of harm’s way before proceeding with any other reaction.

Every zodiac sign has a symbol that exemplifies that sign’s typical personality traits. The symbol for Cancer is a crab.

Just as a crab will retreat into its protective shell when it is threatened or wounded, a Cancer guy might need some time alone to process his emotions.

If your Cancer man is acting distant, he might be shutting the world out. It’s nothing personal and he probably just has his phone off or on silent and isn’t responding to anyone.

A little alone time is healthy for anyone, but if your Cancer man takes space frequently or for long periods, you should have a conversation with him about giving you a warning before he goes off the grid.

Don’t make him feel guilty for needing space, but let him know that it worries you when he doesn’t respond and that you would appreciate him letting you know in advance next time he needs to disappear.

He Is Feeling Moody

Cancers are highly emotional, so sometimes a Cancer guy might not text you back because he’s in a foul mood.

He might not want to bother you with his problems or he is just feeling too down to have a good conversation.

He could even be trying to hurt the people closest to him because he is suffering, even if you’re not the one who caused his pain.

If you want to know how to make a Cancer man chase you, learn to laugh off his bad moods and don’t take it personally when he gets cranky.

If he won’t respond to you, tell him that you hope everything is okay and that you’re always there to talk when he’s ready.

A Cancer man might take a long time to respond to your messages because he is carefully weighing his words and figuring out what he wants to say.

This is especially true early in the relationship before he knows you well and becomes comfortable with you.

Cancers are naturally shy and reserved, so he could be taking his time because he’s nervous about saying the right thing.

If he takes a long time to consider his response, it’s one of the signs a Cancer man has feelings for you. Try to be patient and appreciate the thought he puts into his communication with you.

He’s Playing Hard to Get

When a Cancer guy waits hours or days before getting back to you, he could be playing hard to get.

Cancers are normally very shy but they are eager for love so playing hard to get isn’t their typical move.

Your Cancer guy may have been told he has been too earnest in the past and needs to try to play it cool with you.

If you want to know how to make a Cancer man feel guilty, let him know that you aren’t sure if he likes you because he is so unresponsive.

Tell him that it hurts your feelings and makes you feel like he isn’t taking you seriously when he intentionally waits to get back to you.

Cancer men don’t really like playing hard to get anyway, so he will quickly realize his mistake and start texting you back right away.

One of the signs a Cancer man is serious about you is when he craves your attention.

Unfortunately, Cancers can be quite passive-aggressive, so he might go about getting the attention he so desires in a rather childish way.

A Cancer guy might ignore you if he’s feeling unappreciated and wants a little recognition. Instead of spelling this out for you, he will ignore you until you get the hint.

Don’t give him the cold shoulder back or he will just become more resentful. He might even go looking for attention elsewhere because that’s what happens when you ignore a Cancer man.

He’s Mad at You

If your Cancer guy won’t text you back and you can’t think of a reason why it’s one of the signs a Cancer man is playing you.

But usually, a Cancer man will have a specific reason for not responding to you. If you had a big fight, he might not be texting you because he’s mad at you.

Cancers don’t like confrontation, so they are more likely to be passive-aggressive in an argument than to tell you directly how upset he is.

If you haven’t been getting along and he’s not replying to your messages, it’s probably because he’s angry and is waiting for an apology or needs time to cool down.

He Feels Hurt by You

Besides being angry, another reason why your cancer guy might not be getting back to you is that you hurt his feelings.

Cancers are sensitive and emotional, so they get hurt easily. If you said anything to make him feel insecure or betrayed, he might shut down and not talk to you for a while.

He could be trying to hurt you back or he might just be embarrassed and uncomfortable. If you know what you did to hurt his feelings, reach out with a sincere apology.

If you have no idea what you might have said or done, ask him to talk through it with you so you won’t make the same mistake again.

Let him know that even though you’re not sure what you did to upset him, you care about him deeply and want to know what you did to hurt him so you can avoid it in the future.

He’s Just Not That Into You

Unfortunately, the final reason why a Cancer man will ignore your text is that he’s just not that into you.

Although they are sensitive, Cancers are very non-confrontational and it’s easier for him to ghost someone than to explain that he doesn’t see your relationship going anywhere.

When he flirts with you in front of other people but he never responds to your private messages, your Cancer man is using you.

If he suddenly stops answering your calls or texting you back, it’s one of the signs a Cancer man doesn’t like you.

It’s not that he hates you or even dislikes you, he just doesn’t think you’re compatible and doesn’t know how to explain it without hurting your feelings.

He’s hoping that by letting you go, you will move on without him having to initiate an awkward conversation. It’s cowardly of him, but it’s a likely explanation.

If he doesn’t have the decency to break things off with a proper conversation, or even a text message, he’s not the guy for you.

When a Cancer man stops texting you to signal that the relationship is over, you are better off without him anyway.