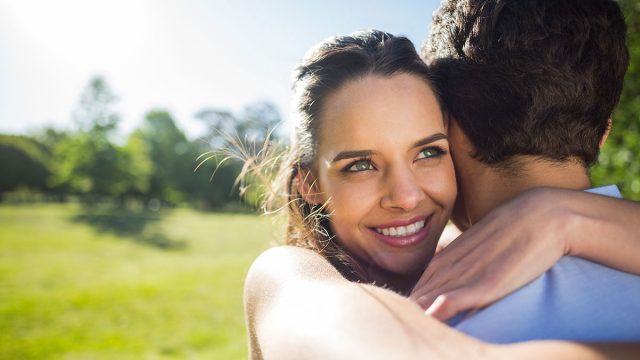 If you are one of these two aqueous signs, you probably wonder about the Cancer man and Scorpio woman compatibility.

So, is Scorpio and Cancer a match made in heaven?

When these two signs cross paths, the electric chemistry between them is palpable and undeniable.

But can these two emotional signs make their powerful bond last? Luckily for this pair, the relationship between a Scorpio woman and a Cancer man is a match for the ages.

Their similar personalities and values make a Cancer man and Scorpio woman soulmates.

Because they have so much in common, a Scorpio woman and a Cancer man will form a bond in whatever capacity makes the most sense.

If they are with other romantic partners, Cancer and Scorpio will be drawn together as friends.

The innate Cancer and Scorpio compatibility guarantees that these two will understand and relate to one another on a profound level.

If you’re one of the other zodiac signs and are dating a Cancer man with a close Scorpio woman in his life, you might want to watch out for her.

The Scorpio and Cancer magnetism could be so strong that they can’t resist each other, and a Scorpio woman is one of the most likely signs to try to steal a Cancer man away from his partner.

But if a Cancer male is in a good relationship, he won’t be tempted by the wiles of a seductive Scorpio female.

A Cancer man and Scorpio woman friendship is one of emotional expression and power.

A Scorpio woman will love how safe and understood she feels with a Cancer guy, while a Cancer man admires the strength and self-control of a Scorpio girl.

The initial Scorpio and Cancer attraction to each other will be due to their similar interests. When they bond over a shared passion, they can use it to create an emotional connection that turns into a friendship.

The only reason that these two wouldn’t get along well as friends is when they have different goals. Because they can read each other so well, they know when one another is up to no good.

For example, if a Scorpio woman and a Cancer man work together, a Cancer man can recognize when the Scorpio is manipulating their coworkers.

If they have the same goals and he admires the outcome of her manipulations, he will admire her tactics and sharp thinking. If he disagrees with her objectives, he will label her as sneaky and untrustworthy.

But for the most part, there is no reason why these two can’t connect over their similarities, and will likely become fast and close friends.

Although they are well-suited as friends, perhaps a Cancer man and a Scorpio woman make an even better love match.

This is one of the best possible romantic matches of the entire zodiac, so a relationship between these two signs is almost guaranteed to succeed.

One of the reasons they work so well together is because they share the same natural element.

Each sign of the zodiac is connected to one of the four natural elements: air, fire, earth, and water. Cancer and Scorpio are both water signs, meaning they have similar values and communication styles.

The Scorpio woman and Cancer man attraction runs as deep as the waters of their signs. When water meets water, the two liquids converge and become one.

A Cancer man goes wild for the sultry, mysterious ways of a Scorpio woman, and she is instantly drawn to his broody and complex attitude.

Both of these signs love uncovering the secrets of other people, and between Scorpio and Cancer, there will be no end to the mysteries for these two to unwrap.

They know how to strike the perfect balance between sharing enough to make their partner feel safe and adored, while still withholding a sufficient amount to keep their lover intrigued.

Two water signs will have similar expectations out of a relationship, which only increases the Cancer and Scorpio attraction.

For example, a Cancer man in love wants to be around his significant other as much as possible. He will want to spend all of his time with her, even if it means doing chores or running mundane errands together.

Some signs might view a Cancer man’s need for quality time as clinginess or codependency, but a Scorpio woman is flattered by all of his attention.

After all, she expects nothing less than a partner who wants to be near her all the time. She is so generous and devoted in a relationship, why wouldn’t he want to be with her always?

They both crave constant companionship, and besides, what better way to keep an eye on a sneaky water sign than by keeping him by your side at all times?

These water signs are two of a kind and their romantic compatibility is unparalleled.

The Cancer man and Scorpio woman connection is a bond so unbreakable that if they get married, the union should last a lifetime.

The main issues they will have to overcome to get to this point are trust and control.

Both signs need to completely trust their partner to feel emotionally fulfilled in a relationship, and they both crave control in certain ways.

A Cancer man likes to “wear the pants” in the relationship and fill the stereotypical, masculine role. He is by no means a misogynist and he loves an assertive woman, but he’s also quite traditional.

His dream is to settle down in a gorgeous home with a loving wife, several children, and maybe a few pets, too. In his perfect world, he is the provider who takes care of the whole family.

He doesn’t need control in most aspects, but he wants to be the head of the household and he hates feeling emasculated.

A Scorpio woman’s desire for control is a bit stronger and bleeds into other aspects of her life besides the home.

If she can channel her need for leadership in a positive way, like in a managerial position at work, it can make her more comfortable with a balance of power in her relationship.

The other potential marital issue for these two signs is trust. Both signs desperately want a partner they can trust implicitly, but at the same time, they have a hard time letting people get close to them.

One of them will have to be willing to yield to the other and open up first so that the other becomes comfortable enough to reciprocate.

Water signs have a hard time being totally honest because they fear rejection. Once these two can trust each other enough to show who they really are, they will embrace each others’ true nature.

After all, they have so much in common that rejecting each other would be like rejecting themselves.

Both Cancer and Scorpio want to see each others’ hidden dark sides, and when they do, they will accept and love each other unconditionally.

When it comes to sex, the Cancer and Scorpio chemistry is off the charts.

Both of these water signs bring their emotions into the bedroom, so when they have any kind of strong urge to express their love for each other, or really any emotion, sex is a great way to do it.

On the other hand, the amazing sexual chemistry of a Cancer-Scorpio couple can be a double-edged sword if either one uses sex as a weapon.

A Scorpio woman is probably more manipulative than a Cancer man, but she is also likely to be even more sexual than he is.

She will desire sex even when she is upset with her Cancer man, but she might also use it as a tool to control or punish him.

A Cancer guy is less likely to intentionally use sex a weapon, but he genuinely won’t want to be intimate with his Scorpio lover if he feels betrayed by her.

Even when Cancer and Scorpio fight, they can still stay close through physical intimacy. In fact, hot makeup sex can be the perfect way for these two to resolve an argument.

For both signs, sex isn’t just about satisfying a physical craving. It’s about sharing a connection and expressing intimacy.

Either one of these signs is capable of having a one-night stand, but they both prefer for there to be feelings involved before they get physical.

Each zodiac sign correlates with a particular body part that is of special importance to people born under that sign. The body parts for Cancer are the chest, breast, and stomach.

The body parts for Scorpio are the genitals and sexual organs, so as you can imagine, sex is pretty significant to this sign.

A Scorpio woman is arguably the sexiest sign of the entire zodiac, and her Cancer lover knows and appreciates it.

She might even be a little too kinky and perverse for his tastes, but she knows how to make him comfortable enough to experiment between the sheets.

Her wild side will also keep their sex life from ever becoming dull or stagnant, and since sex is so important to both of them, this can help strengthen their whole relationship.