Cancer Men in Relationships – What You Need to Know 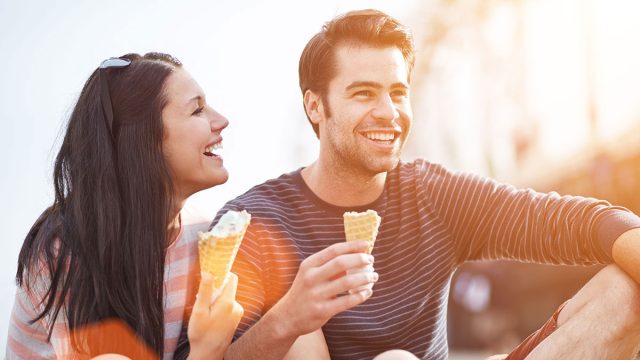 To a Cancer man, relationships are as important as the air he breathes. Cancer men hate to be alone.

Understanding a Cancer man’s personality is essential if you want to know what to expect from him in a relationship. Cancer men want a partner who will understand their highs and lows.

They also look to their partner to be their best friend and the person they confide in above all else. Even when you’re dating, a Cancer man already considers you his family.

A Cancer man’s behavior, when in love, can surprise you. He’s always friendly and considerate. Yet when he loves you, a shy and vulnerable side of a Cancer man emerges.

He Loves to Stay at Home

One of the biggest surprises for a woman who meets a Cancer man out in social situations is just how much of a homebody he truly is. Once in a relationship, a Cancer man has no interest in leaving the house.

He wants to spend every evening curled up on the couch with you. Snuggling, eating and watching romantic movies are enough to satisfy a Cancer man. The only time he’ll want to leave the house is to visit family and get more food.

If you’re used to seeing your Cancer man out with friends, it may come as a shock when he suddenly wants to spend every moment at home with you. You may have to get used to a much more low key lifestyle than you expected.

After some time, you may convince him to go out to a social event that isn’t centered around food, like a concert or movie or to a friend’s party. Yet a Cancer man is will want to spend the majority of his time at home with you.

In the early stages of dating a Cancer man, you’ll see his charming side first. He can seem like the life of the party when he’s out with friends and people he trusts. You’ll seldom see him alone in the spotlight, though.

There is a good reason for this. Cancer men are much more introverted than they let on initially. Cancer men put on a confident front in order to go out in public in the same way some people put on a brave front to go to the dentist.

All things considered, a Cancer man would likely prefer a dental visit to being in a crowd. When you get close to him in a relationship, he will seem like an extrovert. This is because he’s always expressing his deep desires and feelings.

You may assume he’s this open with everyone. Then, when you introduce him to your family and friends for the first time and he hardly says a word, it may come as a shock. Don’t worry, he’s just shy.

In time he’ll open up to them as well. This is all a part of a Cancer man’s introverted nature. He has to work hard to put on the charismatic act he uses in public and it’s exhausting to sustain.

One of the top descriptive terms to use with regard to a Cancer man’s personality is “sensitive.” This can’t be stated enough. He is so highly attuned to everything around him that he can overwhelm himself.

He’s also sensitive to everything about you. This includes your tone of voice, your body language, how you communicate with him and whether or not you text him back right away.

Behind a Cancer man’s sensitivity is a lot of insecurity and anxiety. He will assume the worst in any situation if he’s not put at ease right away. He’s also prone to misinterpreting things because of his highly sensitive nature.

He can be intuitive, but sometimes the emotion he reacts to is not the intuition he thinks it is. For example, he’ll automatically think the worst if he sees you smiling and being friendly with another guy.

He needs to constantly be reassured of his importance in your life. Any criticism or conflicts in the relationship are hard for a Cancer man to bear. He’ll automatically go on the defensive or fear imminent rejection by you.

Top on a Cancer man’s compatibility list are women who are also sensitive and emotionally driven. He’s such an empath that he finds it easiest to relate to either extremely sensitive women or women who are nurturing but grounded.

He can easily pick up on the vibe in a room. If you try to hide your feelings from him it’s pointless. A Cancer man always knows when something is bothering you. If you don’t tell him the real situation, he’ll assume the worst.

He may think you’re mad at him or worry about you ending the relationship. A Cancer man’s high degree of empathy is a blessing and a curse. It means he is always ready to nurture you.

It also means he reacts with intensity to any slight change I mood or emotion. He can become despondent with grief or sadness over a situation going on with a friend. He can also become deeply hurt by an innocent misunderstanding.

For a Cancer man in love, signs of his devotion include his willingness to include you in family encounters. He is deeply family oriented and may want to introduce you to his family as soon as he is sure you’re the One.

A Cancer man in love will even treat you like family. He’ll assume you want to be the “Step Mom” to his kids, or even his cat or dog. He will start talking about having a family early on as well.

Even if he’s not ready to settle down, he’ll still check in with you to see about your priorities. If you are interested in kids, a home and a settled family life in the future, he’ll be convinced you’re the woman for him.

If you want to make a Cancer man happy, you’ve got to appreciate his vulnerability. Show him unconditional love and faithfulness. Be willing to ride the emotional roller coaster with him.

While a Cancer man acts tough to the outside world, he knows this is just a façade. He knows how sensitive and vulnerable he is, and he expects you to be able to be his pillar of strength and support.

A Cancer man may try hard to act like everything is fine. He doesn’t usually have much of a poker face, though. In spite of his efforts, he still secretly expects you to see through his defenses and comfort him emotionally.

How does a Cancer man act when in love? He becomes much more concerned about how you perceive him. He may try harder to show emotional control at first but this is not his strong suit.

He can also act clingy and dependent. He needs to be reassured and any mind games can have devastating consequences on a Cancer man’s confidence. He can be persistent but he’s not as tough as he acts.

He’s Got a Soft Side

The soft side of a Cancer man can be said to be his true nature, while the tough exterior is just the shell he hides inside. If you want to know how to attract a Cancer man you’ve got to understand this.

Think of a Cancer man like a puppy who really wants to be loved but is scared and hides a lot. You’ve got to use all the gimmicks you can to coax him out from hiding. His favorite treats, a soft tone, promises of affection and loyalty.

When you reassure a Cancer man by appealing to his soft side, he will be completely faithful and devoted to you for the long run. Sometimes he opens up quickly, but depending on his past experiences, he may need more convincing.

Cancer is one of the most financially savvy signs in the zodiac. This comes as a surprise because he is so emotionally driven. It stands to reason he would also make emotionally based financial decisions.

His life can be in turmoil because of his sensitivity and emotions. Yet a Cancer man can easily practice rational planning and good judgment when it comes to his finances. He can be frugal and resourceful.

In relationships he will look for a partner with similar financial priorities. He may need a partner who doesn’t overspend but who can help him ease up and live a little. He may look for budget friendly settings for romantic dates.

Though he’s frugal, he doesn’t cut back when it comes to showing affection, romance and attention. He may wait to buy you an expensive gift when it is on sale even if he misses your birthday, but he’ll make it up to you in other ways.

He Wants to Commit

This is a Cancer man’s best kept secret. He already wants to commit. Even when you’re just newly dating. A Cancer man always wants to make it official. He wants to go from first date to married.

When he holds back, it can be because of insecurities. It can also be because he fears abandonment. If a Cancer man has been mistreated in the past it can be hard for him to open up and trust again.

Yet because it is his default mode to trust and be connected to others, he will open up eventually. When he does, he’ll stick to you like glue. He’ll become more confident, expressive and affectionate.