How do You Get a Cancer Man to Open Up? 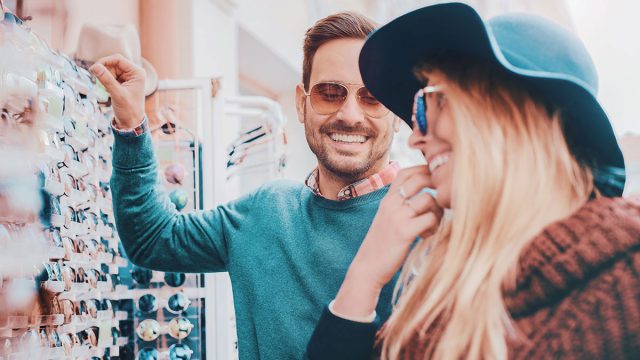 A Cancer man opens up easily in relationships, under certain conditions. When you understand a Cancer man’s personality, you can set the stage for a close connection.

He wants to open up right away. If he holds back, he’s being insecure.

Telling a Cancer man how you feel first is one of the easiest ways to get him to open up. He always wants to feel close to you.

When he holds back, it’s just his fears leading him to second guess himself. The best thing to do is take the lead in the relationship. Start opening up to him.

Unlike most other guys, he won’t feel intimidated. He’ll feel comforted by your actions instead. What he wants most is to connect with you emotionally. By initiating the conversation, you help him open up.

In the early stages of dating a Cancer man, you may be confused. It may seem like he’s showing mixed signals. When a Cancer man is done with you, though, you’ll know it for certain. He will cut communication off completely.

You may think you’re seeing signs a Cancer man is playing you when in fact you’re just seeing his shy side. Understanding a Cancer man’s personality will help you make sense of his hot and cold nature in the beginning. It doesn’t take long for a Cancer man to open up.

If you’re sensitive to his needs, including his needs to show his dramatic emotional highs and lows, you’ll be well on your way to fostering a deep and loving relationship with a Cancer man.

In fact, the more sensitive you are, the more you’ll see the signs a Cancer man has feelings for you. A Cancer man’s behavior, when in love, can be shy at first but when he’s assured of your sensitivity, he opens up completely.

Cancer men test the waters before opening up in a relationship. When you act compassionately and with love for everyone, you’ll easily reassure a Cancer man that you’re the right woman for him.

In fact, if you want to know how to make a Cancer man chase you, this is the best strategy to use. When he sees how compassionate and empathic you are, he’ll fall head over heels. He’ll want to open right up to you.

A Cancer man can be easily influenced by words and this gets him into trouble sometimes. Nevertheless, he will be even more impressed by your actions. When you speak with love and consideration for others, that is helpful.

But a Cancer man who sees you walking your talk will be even more impressed. He’ll know he’s hit the jackpot and will easily want to open up to you. He may feel like you’re the woman he’s been waiting for all his life.

Be a Good Listener

Cancer men are always brimming with emotion and they really want an outlet, someone to listen to their tales of woe. He’ll only hold back as long as he absolutely has to in order to feel secure with you.

If you’re wondering what went on with a Cancer man and ex-girlfriend, it’s not hard to get him to divulge all the details of his past. Be a good listener in general. When he sees that you lean forward and make eye contact while he’s talking, he’ll be put at ease.

Show active interest in what he says, especially during face to face conversations. Resist the temptation to interrupt and ask him questions. The more you listen, the more eager a Cancer man will be to talk.

Before you know it, he’ll tell you his whole life story. He’ll tell you his version of what went wrong in his past relationship (and there is usually a narrative in which he is the victim of some wrong doing).

He’ll likely tell you more detail about his life than you wanted to know. How you respond to this is key. If you try to get him to cheer up or take another perspective, in order to “soften” the impact of his victim mentality, he’ll distrust you.

He may try to convince you he’s right. He may also just shut right down again. Even if you think his perception is skewed, don’t try to manage a Cancer man’s storyline. Just listen intently and always show that you side with him.

If you’re going to keep a Cancer man open and transparent, you need to be patient. He’ll open up to you one moment, but the slightest provocation will cause him to shut down. What kinds of things trigger him?

If you don’t respond with enough empathy. If you make any suggestions that seem, to him, like a criticism. If you try to change the subject in order to lift his mood. It doesn’t take much, he may read too much into your tone of voice.

Texting can set the stage for miscommunication as well. If he’s having a bad day, he’ll read a tone into your text that you didn’t intend. If he just got out of a stressful meeting with his boss, he may read your words in the condescending tone his boss had.

Being patient with a Cancer man doesn’t just mean waiting for him to open up. It also means being patient while he repeatedly comes out of his shell after some insult, real or imagined.

One of the best ways to help soothe a Cancer man’s frazzled nerves is to share affectionate moments with him. From discreetly holding his hand in public to putting an arm around him or all out cuddling.

Cancer men are one of the most affectionate signs in the zodiac. Physical touch goes a long way with Cancer men. The more affectionate you are, the quicker he will open up to you.

There are very few situations in which a Cancer man does not want physical contact with a woman he loves. In these situations, he is usually hiding away on his own anyway. If he’s with you, he’ll want affection of some kind.

Most of the time, he craves connection. Even when he’s in a bad mood, the best way to get him to open up about how he’s feeling is to offer affection and listen intently to his stories.

One of the signs a Cancer man is falling in love with you is his willingness to spend time in your home or invite you into his home. When things reach this level of personal connection, offer to cook for him.

You can impress him by making his favorite meal. You can also surprise him by cooking up one of your favorite recipes. Either way, to a Cancer man food is love. He’ll feel closely connected with you when you go out of your way to feed him.

A home cooked meal is a great way to help a Cancer man feel secure and relaxed with you. When he feels this way, it’s only natural he’ll want to open up and tell you all about his day or even all about his life.

In addition to being a sensitive person, a Cancer man will be willing to open up to you when he sees how empathic you are. Cancer men are very intuitive. When he sees how strong your sense of empathy is, he may assume you already can read his mind.

Ironically, the more he thinks you already know about him, the more he will open up about. If he thinks you can already read him like a book by intuiting his signals and perceiving his emotions, he will feel more comfortable with you.

Even though he’ll assume you already know what’s on his mind, he’ll save you the trouble of any guesswork and fill in all the details. But he won’t assume this unless he sees how empathic you are.

Demonstrate your empathy not only with him but with others as well. When he sees you as a sensitive, intuitive person like he is, he’ll be more willing to open up and bare his soul to you.

Talk About Your Dreams

A Cancer man madly in love with you will open up easily. But in order to get him to that point, it helps to lay a foundation of connection. Talk about your dreams to a Cancer man. Not just your aspirations for life, but your actual dreams.

Cancer men believe in the power of signs and omens. When you talk about the dreams you had, he’ll instantly fill in the blanks with interpretations of all the positive signs you are meant to be together.

Don’t be surprise if you both have dreams that somehow relate or correspond to each other. Even if they don’t, a Cancer man will find a pattern to connect. He’ll feel your relationship was meant to be when he understands the symbols of your dreams.

Cancer men love to see vulnerability in a woman. They love to know that you are willing to take a risk in relationships. In some ways, Cancer men can be quite shy. They will be reserved and act risk averse initially.

But if a Cancer man sees you jumping into the relationship headfirst, he’ll be reassured. It’s like you’re proving to him that it’s safe to dive into the water. He’ll definitely follow you.

While it takes some willingness to risk your feelings, as long as you have indicators that a Cancer man likes you, you’ve got nothing to lose by opening up and showing your soft side first. This triggers his love but also his protective instincts.

How to React to a Cancer Man Silent TreatmentCancer Men in Relationships – What You Need to Know
Hello, I'm Liz