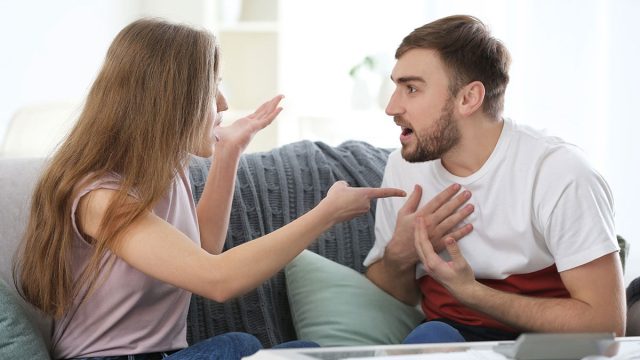 Every Cancer man has negative traits that you must accept and adjust to; bad habits and attitudes are best identified and understood.

All human beings have a few bad points, and Cancer men are no different. Although they are primarily loyal, loving, and sensitive, brushing over their annoying issues is pointless.

If you want to know how to love a Cancer man properly, it’s better to learn about his bad points. That way, you can truly understand him.

It may seem surprising that this hard-shelled crab could be anything but sensible, distant, or even ruthless, but Cancer males are a contradictory mixture of logic and emotion. Sometimes this becomes unbalanced, tipping over into sentimentality.

From the early stages of dating a Cancer man, he’ll be a romantic, sensitive, and caring romantic partner.

Loving a Cancer man means every anniversary and special day becomes an occasion, complete with sentimental cards, flowers, and gifts.

This approach to life does have a negative side effect – sentimentality. Being ruled by the moon makes Cancer men sensitive, especially over memories.

It isn’t easy to enjoy the present when caught up in a nostalgic dream of a stress-free past.

Being sentimental means Cancer men may struggle to forgive a partner who doesn’t rate memories as highly as they do.

If ever a sun sign was genuinely unpredictable and changeable, it’s Cancer. Most people would struggle to identify exactly what makes the Cancer man tick, even when romantically involved with them.

One day sweet and thoughtful, the next moody, irritable, or impatient, Cancer man can be ridiculously complicated.

Moreover, this unpredictability is a common Cancer male trait, so understanding it is essential for good communication.

Cancer men are often complicated because they are pretty open about sharing emotions. They can easily cry, laugh, get angry, and feel happy in the space of one encounter, which can confuse lovers.

Another element of the complicated Cancer man’s personality is his intuitive ability.

If he senses lies, bad feelings, or unspoken anger from someone close, he probably won’t challenge it. Instead, Cancer man will probably start running.

To a Cancer man, feeling possessive about those you care for the most is natural, not a negative trait. But, unfortunately, behavior that seems quite flattering or exciting at the start isn’t always so welcome down the line.

Cancer men are possessive because they feel insecure. They need to hear that everything is going well, that you care, and that you will stick around. Reassurance is the medicine that soothes this wound.

Possessiveness shows us the dark side of a Cancer male, but this negative trait can become dormant over time. As a trusting relationship grows and loyalties are proved, most Cancer men will feel safe and settle down.

Cancer men always have secrets. That doesn’t mean they hide colorful pasts or unlawful deeds; it’s all down to their nature. So whether you are interested in, dating, or married to a Cancer male, you really will not know everything!

Mostly Cancerian males are secretive because they value privacy. They aren’t designed to share every thought or desire with others, especially if they don’t have a very close connection.

While being so secretive may make some ask, “are cancer men players?” It’s not an issue for Cancer men. Being a water sign means they find comfort in the dark, quiet ocean, and secretive behavior creates the same feeling in daily life.

At times being secretive makes Cancer men struggle to face unpleasant truths. Consequently, they may ghost a lover rather than be honest about their feelings and break up.

Moodiness is a negative trait most Cancer men and those close to them will battle with. It is made worse when a Cancer man feels hurt or misunderstood. So how can you deal with a moody Cancer man?

Cancer men tune into other people’s moods, adjusting their behavior and approach to respect this. Unfortunately, if this empathy and understanding aren’t returned, they get upset, and those involved will know about it.

The Heathcliff-style brooding dramatics, and emotional outbursts, can be challenging to deal with. Still, they will soon be replaced with warmth, laughter, and happiness.

You can thank Cancer’s ruling planet, the moon, for this negative trait. But, just as it controls the movement of the tides, the same pull sparks a mix of highs and lows and ups and downs that earn Cancer man the label of “moody.”

Manipulative isn’t a personality trait people are fighting to claim, and Cancer men hate being labeled that way as much as anyone else would. But, unfortunately, they have to accept that they sometimes are.

Partly the Cancerian man is manipulative because he needs to be in control. He can tap into his almost psychic level of understanding to influence how others behave.

Unattractive as this trait sounds, manipulation is a tool Cancer men use with good intentions. Say, to fix a problem in your life or to help them cope with uncertain outcomes.

Generally, manipulative behavior is something they turn to if being moody has failed. It’s more of a last resort than an automatic response, but Cancer men will use it if they need to.

Cancer is a proud cardinal sun sign, welcoming the start of summer and leading others with their motivation and expertise. That all sounds great, so why are Cancer men known to be pessimistic?

Firstly, Cancer men are driven to succeed. Failure is something so far from their mind it’s acutely painful to face and deal with. Cancer personality traits spark feelings of pessimism when insecurities kick in.

A deeply buried fear of failure is something Cancer men must learn to live with. But, unfortunately, their pessimism is sometimes an excuse to avoid taking on a difficult task or a result of even mild criticism.

Watch out, though, as Cancer men don’t necessarily make their pessimism obvious. Instead, they tend to retreat inwards, withdraw from interaction and communication, and isolate themselves.

Just like a crab, a Cancer man will quickly retreat into his shell if he feels unsafe or unsure. That is sensible behavior, but Cancer men seem to feel much more suspicious of things than others. Why is that?

Being suspicious comes from struggles Cancer men may have with trust. They might imagine a partner is lying to them or even misleading them somehow, even if you are sincere and open.

Suspicious behavior has to be one of the most damaging negative traits out there. After all, who wants to face random questioning from an insecure Cancer man? Or have their phone and emails checked so he can feel reassured?

The good news is that this negative trait fades away as trust builds between you, and their default doubt setting is adjusted to something more workable.

Don’t ever forget that a crab is soft and vulnerable underneath that shell, and this fact underpins most of their negative traits.

Along with being moody, sensitive, secretive, and possessive, Mr. Cancer is also known for being overemotional.

Cancer men feel things. They genuinely connect to people’s feelings and words and the emotions in the atmosphere around them. Sometimes this leads to good things, like empathy and understanding, but not always.

When a cancer man feels overemotional, every upset becomes a crisis, every setback a disaster.

This all-consuming misery-fest is a very negative trait Cancer men experience. It all comes from their constant need to give and receive nurturing.

Cancer men need a lot of reassurance, sympathy, and care, so a strong relationship will help them keep strong emotions in check.

If you are a daredevil woman seeking impulsive adventures and extreme activities, you can count a Cancer man out. His extremely cautious approach to pretty much anything is definitely a negative trait.

Careful, certain, and comfortable, the three words a Cancerian loves to hear. Yes, this sounds pretty boring, but being cautious is not a Cancer man’s fault.

Yet again, the moon’s influence is behind this negative trait, tying him to the safe home and the nostalgic past. But, ultimately, the Cancer man wants everyone to be, and to stay, protected and secure.

Understanding a Cancer man and what a Cancer male is attracted to is essential to overcome his cautiousness.