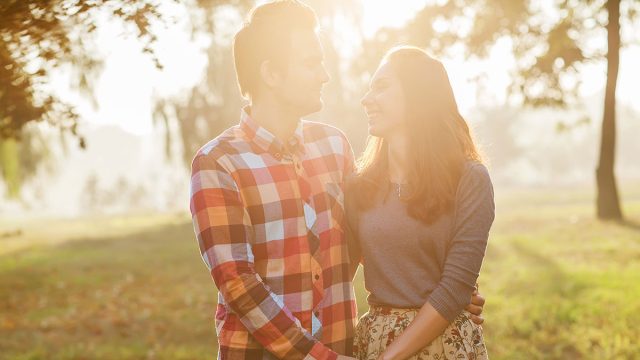 If you’re in a relationship or friendship with one of these signs, you may wonder about the Cancer man and Libra woman compatibility.

Could the docile Libra and the sweet Cancer be a match made in heaven?

When it comes to overall compatibility, these two zodiac signs aren’t necessarily a perfect match, but they do have a great deal in common.

Cancer and Libra share so many personality traits that some kind of connection between them is both possible and likely.

This pair has the potential to make a long-term relationship work, but when it comes to finding a soulmate to spend the rest of their lives with, these two signs might want to look elsewhere.

When it comes to friendship, the Cancer and Libra zodiac signs’ personality types have enough in common to be good, even best, friends.

Both of these signs hate hurting people and avoid ruffling any feathers at all costs. Cancer and Libra are both classy and reserved and don’t feel a need to be too ostentatious.

A Cancer man will be drawn to a Libra woman’s polite, caring nature and the Libra will be attracted to a Cancer man’s sensitivity to others.

Neither can stand when a person is rude or aggressive, so they find being around each other feels natural and easy.

For a Cancer man and a Libra woman, their friendship can feel like an oasis where they both know they would never deliberately hurt or take advantage of each other.

But these two signs are not without their differences, which prevents the friendship from being completely perfect.

One of the Cancer zodiac sign traits is that they would almost always stay in with their friends and loved ones than go out to a noisy, crowded bar.

Cancers are quite sensitive to their environments and the emotions of the people around them, so their empathy can make it hard for them to be with a bunch of strangers for too long before they need to recharge.

Libras are much more social and outgoing, and their innate charm makes it easy and enjoyable for them to work the room at a party or work event.

Libras can also be quite superficial, while Cancers prefer to uncover the dark, mysterious side. Unless a Libra woman is willing to dig deep and open up, a Cancer man may become frustrated with a surface level friendship.

Cancers are very in touch with their feelings, and their Libra friends may get exasperated when Cancers constantly get overly emotional.

At the same time, Cancers could become annoyed that Libras never seems to get emotional enough, which Cancers can’t relate to or understand.

While there are personality differences that prevent these two from being a perfect friendship match, they share enough in common that there is no reason why Cancer and Libra can’t be good friends.

Just as their similarities can help these two signs form a lasting friendship, Cancers and Libras are alike enough that having a romantic relationship is possible.

A man born under the Cancer sign of the zodiac is on a constant search for his better half until he finds the woman that makes him feel whole.

A woman born under the Libra sign of the zodiac loves the idea of being in love. After all, Libra is ruled by the planet Venus, the heavenly body of love, relationships, and beauty.

Both of these signs hate being single, and based on their initial attraction and early compatibility, they will probably couple up quickly.

But although they could enjoy dating each other and might even have a long relationship, Libra and Cancer are simply not a perfect match.

Once they get to know each other on a deeper level, their natural incompatibilities will shine through and the relationship will become unsustainable.

A Cancer man will come to resent how much a Libra woman values the opinions of others. In his mind, as long as they have each other, that should be all that matters.

But Libras can’t help but care what other people think of them, and this is one of the biggest differences between Libras and Cancers.

A Libra woman is concerned with what other people think, while a Cancer man cares more about how other people feel.

A Cancer man will be more focused on his partner, close friends, and family, and if other people don’t like him, it won’t really bother him.

But a Libra woman can’t help but be a little shallow and want everyone to like her. Her Cancer man might find this endearing at first but eventually views it as superficial and perhaps even disloyal.

Although they will share a mutual attraction and have a pleasant start to their relationship, as these two signs get to know each other more they will realize that they are better off apart.

Although these two signs will likely be drawn to each other as friends or even romantic partners, the connection between a Cancer man and a Libra woman is not ideal for marriage.

On the surface, they appear to have a lot in common, which is certainly enough to get along well as friends, coworkers, or acquaintances.

But at their core, Cancers and Libras are just too different to have a happy and fulfilling marriage. If they do get married, they may spend several years together before realizing that they would be better off with other people.

Those born under the Libra horoscope sign are happiest when they are in love, so even though they are quite rational, a Libra woman may get swept up in her romance with a Cancer man and get married too soon.

Once a Libra woman starts to see their incompatibilities and their different approaches to life, she will regret rushing into a commitment with a Cancer man.

Likewise, a Cancer man is so eager to find a forever love that he might see a Libra woman as his lifelong mate and propose quickly.

But he, too, will soon begin to observe the ways that they are mismatched, and may become resentful that he’s not getting the perfect partner that he thought the Libra woman was.

On the positive side, these two will be able to create a beautiful home together. Cancer is positioned in the fourth house of the zodiac, the sign of home and family.

Libra is positioned in the seventh house, which is the house of sharing and relationships. These two are perfectly happy to build a life together, especially when it comes to making a home.

Because Cancers are such homebodies and are so sensitive to their surroundings, a Cancer man needs to feel safe, comfortable and loved when he’s in his house.

Ruled by Venus, the planet of beauty, Libras place a heavy emphasis on aesthetics in everything that they do. A Libra woman will carefully decorate a house and fill it with beautiful things that please both her and her partner.

If these two signs are willing to make concessions to each other, they just might be able to make a marriage work.

But it’s more likely that they will eventually recognize their incompatibility and move on to zodiac signs that are better suited to them.

Make a Cancer man obsess over you, and make him love you forever.

Unfortunately for these two signs if they are dating, the bedroom may be the place where they are the least compatible.

Like the other aspects of their relationship, Cancer and Libra might at first seem sexually compatible, but as their differences arise their sexual chemistry will fade.

Both of these signs are sweet and sensual in bed, although they express it in different ways.

True to her ruling planet, Venus, a Libra woman concentrates on aesthetics and luxury in bed. She will wear the most expensive lingerie and buy sheets made of the most sumptuous fabrics.

A Cancer man will appreciate the way his Libra lover sets the mood, but his focus is more on affectionate touches and the emotional bond sex creates.

One obstacle that stands between Cancer and Libra in the bedroom is emotional security.

Cancers need to be able to trust their partners before they will give themselves to another person completely.

A Libra woman is a social butterfly, and her ability to connect with so many people can make a Cancer man jealous and insecure, which in turn affects this couple’s sex life.

Cancer zodiac signs may have random one-night stands, but generally, they prefer to have an emotional connection with somebody before getting intimate.

While those born under the Libra horoscope sign aren’t necessarily promiscuous, like all air signs, they can separate sex from feelings.

But Libras are lovers by nature, so they, too, like to have a mental connection with their partners before taking them to the bedroom.

Ultimately, Libras are mental and Cancers are emotional. A Libra woman is happy to create a physical connection before getting emotional, while a Cancer man prefers to lead with his feelings before moving into the physical aspect of a relationship.

Cancer and Libra will have a hard time discussing their differences to overcome them because both signs let anger and frustration build up silently before they explode.

They are also both so non-confrontational that neither one will want to bring up the issues they have with the other.

At first, these two zodiac signs’ compatibility in the bedroom will be electric. But over time, they will want different things and see that their connection isn’t as strong as they might have thought.