How do You Make a Cancer Man Laugh? 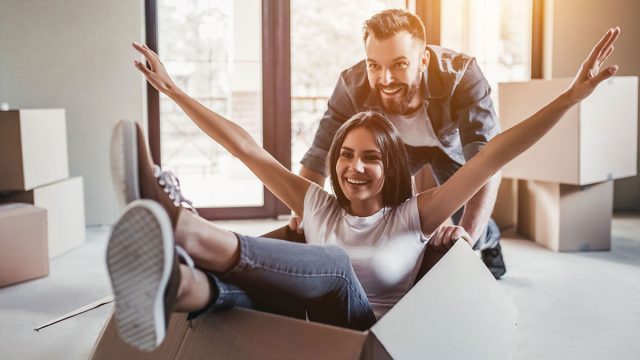 A Cancer man’s personality can be a paradox. He’s laid back or high-strung depending on his mood.

When you see the signs a Cancer man has feelings for you, you may want to further entice him with your sense of humor. This is always a good idea.

Cancer men are naturally insecure, and humor can totally disarm him. You just have to be careful about the nature of your jokes or funny stories.

A Cancer man can be so sensitive that he may not get a joke at first. You want to be careful to not give him the impression you’re laughing at him.

When a Cancer man has a crush on you, he can actually become more defensive at first. This is because he gets so wound up trying to make sure he doesn’t lose you. The early stages of dating a Cancer man should focus on putting him at ease.

One of the best ways to do this is to use your sense of humor. It will help him lower his defenses if he can laugh with you. He’ll settle right down and open up to you when his anxiety is soothed by a good laughing spell.

Though he can be anxious and easily stressed out, when a Cancer man is relaxed, he can unleash his silly side. His laughter can be full and even hysterical at times. He’s given to these fits of laughter because he becomes completely lost in the moment.

This is another powerful effect humor can have on a Cancer man. He’s so moody and frequently his emotions swing from highs to lows. Yet when he has a reason to laugh, he can completely enjoy himself. He becomes a whole different person.

When you tell self-effacing jokes, a Cancer man will laugh with you, but not at you. He isn’t going to laugh at a mean spirited joke, even if it is aimed at you and not another. Yet he will laugh when you can be humble and find humor in your own flaws.

This is an especially potent type of humor with a Cancer man because it signals to him that you don’t take yourself too seriously. It shows a Cancer man that he can make mistakes and you won’t overreact or judge him harshly. This is reassuring to him.

It makes him feel more comfortable knowing that you have a more easy-going personality. He can be relaxed but tends to have a dramatically vacillating mood. When he sees you laugh at yourself, it reminds him to not take himself too seriously as well.

Another benefit to self-effacing jokes is that while a Cancer man will laugh along with you, he’ll also be quick to play up your skills and balance your humility with his desire to nurture you. He will be quick to soothe your emotions, even if you aren’t upset.

This can help to strengthen the bond he feels with you. When you downplay your strengths or joke about your shortcomings, he’ll be quick to balance your perspective with his comforting style. He’ll try to get you to see how great you are in his eyes.

Joke About Your Family

If you want to know how to attract a Cancer man, one of the best ways to start is to tell jokes about your family. Be careful to not joke about his family, though. Even if he makes fun of his family, that’s his territory.

He’ll have a whole different reaction if you joke about his family, especially his mom. Instead, focus on the humor in your own family. Tell him the funny stories about your relationship with your mother.

Though it is rare for a Cancer man to play mind games, one of the signs a Cancer man is playing you is when he has no interest in talking about his family or hearing stories about your family. Under normal circumstances, he loves to talk about kids and family.

If he doesn’t respond to jokes or stories about family, his interests may be purely self-serving and superficial. A Cancer man with nefarious intentions will skip the humor and jokes altogether and shouldn’t be trusted.

A Cancer man’s behavior, when in love, can be very different from how he acts in other areas of his life. He may be serious or shy at work. He’s likely to be shy at first when you’re dating.

But when he really falls in love with you, a Cancer man will open up and you’ll see a whole new side of him. He can be downright silly. If you make silly or childish jokes early on, it can be disarming for him.

Yet if you really want to see him open up and show you his goofy nature, you have to wait to earn his trust. He needs to know that you won’t be turned off or scared away if he shows you his love of silly humor.

You can initiate this by showing him your collection of silly song parodies or oddball comedy films. Making silly jokes or playing practical jokes (not at his expense) will also help him reveal his fun-loving side.

You’ll see the signs a Cancer man is falling in love with you when you show him that you have a childlike and playful side. A Cancer man loves to share in innocent fun. He may surprise you with his innocent antics.

He has a childlike side and secretly he wishes he could be a kid again. He may try to relive his childhood through the sports he plays, movies he likes or even through the jokes he enjoys.

Time travel with him back to childhood and explore the playful humor that you loved growing up. Make silly games out of daily tasks like cleaning or cooking. Even when you’re being affectionate and relaxed, make jokes with him.

Turn mundane situations into games or contests. Challenge him to see the fun even in stressful situations. In some ways you have to act toward a Cancer man the way you would act with a child, using humor to entertain him and distract him from stress.

Never Laugh at Him

How does a Cancer man test you? He will set you up to hurt him and see if you take the bait. This can mean joking about himself and watching to see if you laugh at him or even take the joke further.

Don’t fall for this. Definitely never laugh at a Cancer man. Even if you think he’s going along with the joke. His boundaries of humor can stretch in a number of directions, but a Cancer man will never tolerate being laughed at.

He won’t easily forgive being laughed at or feeling like he’s being toyed with. A Cancer man madly in love will still shut down if you laugh at him. He may eventually come around but it’s not worth the stress of dealing with his sudden drop in mood.

Even if he doesn’t have kids yet, a Cancer man loves to laugh about the innocence and wisdom of children. Remind him that kids say the darndest things by talking about the awkward moments created when your child blurted something out in public.

If you don’t have kids, find humor in parenthood in general. Tell funny stories or jokes about kids in your extended family. When all else fails, find humor from your own childhood experiences.

Tell him jokes about raising children in different eras throughout history. You’ll appeal to his love of tradition and history this way as well. A Cancer man loves looking back at childhood and family memories and laughing with you.

A Cancer man knows money is no laughing matter, but he will still laugh at jokes about finances. The key in this situation is to save this humor for times when he is financially stable and doing well.

Also, joke about financial issues in general, not about his specific financial status. A Cancer man knows money is an illusion but also buys into this illusion and sees his financial status as a marker of his security.

Using humor in this regard can help take the edge off for him. It can remind a Cancer man that he can laugh even at serious matters. Even though he looks to money as a source of security, he can still find humor in the moment.

Make Jokes About Your Boss

A Cancer man looks to career as a source of security and may have a love-hate relationship with his boss. He may respect his boss out of necessity but also feel intimidated by the authority his boss has over him.

Joking about his boss directly can make him feel uneasy, but if you joke about your work situation, including your boss, it gives him permission to relax. He may, by proxy, enjoy the humor and release that comes from poking fun at those in power.

This can be a great way to let off steam and help a Cancer man relax. Especially when he’s going through a stressful time at work. He will admire your humor and wit and will feel relieved to know he can always laugh at situations beyond his control.

Play With Your Food

When you know a Cancer man well enough to be silly around him, let loose a little more. As much as Cancer men love food, they also love food jokes. When he’s comfortable with you, he will also get a laugh out of playing with food.

He may declare a small food fight, and this can also lead to some exciting intimate encounters later on. A Cancer man loves to have fun with his food and isn’t above playing around at the dinner table.

Do Cancer Men Like Kinky Stuff?How to Make a Cancer Man Fall in Love with You
Hello, I'm Liz