Best Ways to Communicate with a Cancer Man 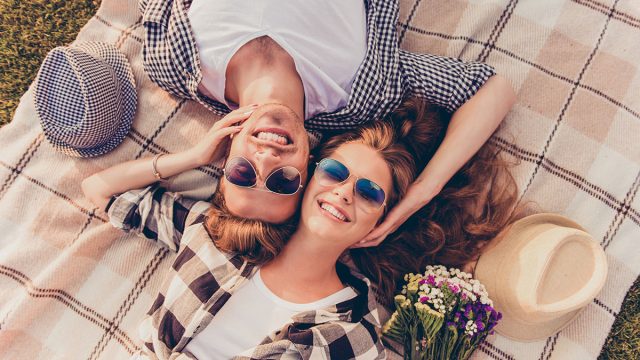 A Cancer man’s communication style is pretty distinctive. It’s like you’ve blended a mixture of shy, bossy, confident, and overwhelmed, with a sprinkle of pride and a spoon of pessimism.

Consequently, you need a selection of communication methods to see you through.

Let’s be clear from the start – Cancer men can be hard work! They draw on such a mix of contradictory emotions that it can be challenging to keep up.

Communicating with others is a part of regular life, but it can be uncomfortable for many Cancer males. However, the good news is that you can improve this connection with just a few helpful tips.

Uncover the secrets to better communication with a Cancer man. They may be practical or philosophical; some of them are even quite surprising.

Cancer men are known for their cautious approach to pretty much everything. They are simply not the type to approach life at breakneck speed. Some people see this as the dark side of a Cancer male, but it doesn’t need to be a problem.

Cancer guys are genuinely interested in people, but making the first move is where they struggle. If you adopt a calm persona, he’ll feel more confident, so being laid back is the best way to communicate with a Cancer man.

Your low-key approach will encourage a Cancer man to get beyond the usual chit-chat and small talk. That’s important because Cancerians have a burning need to understand who you are before trusting you with their feelings or hearts.

Expect lots of questions, and avoid making flippant responses. By being calm and engaging with a Cancer man, you’ll encourage a more natural, two-way conversation.

Pay attention to your body language, though, because a Cancer man certainly will be, and he’ll soon figure out if you are faking it.

We know that men born under the Cancer sun sign are usually very sensitive and cautious. However, when they feel comfortable in a romantic relationship, they like to share that news with you through actions rather than words.

When a Cancer man in love wants to let you know how he feels, words can escape him. When that’s the case, you’ll find him communicating with you in physical ways. But, of course, there’s no reason why you can’t do the same.

If pillow fights, oil massages, foot rubs, tickling, and holding hands sound like great ways to pass the time, you’re in luck. These are just some of the fun ways you can communicate with a Cancer man.

He may not be very keen on public displays of affection. Still, discreet physical contact reassures him of your feelings and strengthens your relationship.

There’s a song that claims you can’t hurry love, and that’s certainly how it is for Cancer men.

Too much too soon and they’ll quickly scuttle away, just like their sun sign namesake, the crab. So communicating with a Cancer man can call for a tremendous amount of patience on your part.

Unfortunately, their intense need to be so cautious is one of the more annoying Cancer male traits you’ll have to adapt to. Luckily though, he will notice and genuinely appreciate your considerate approach.

Here’s what communicating patiently with a Cancer man looks like in practice. Just like his inner crab, he’ll move sideways around a topic rather than jumping right in off the bat.

He’ll build up to something by layering the words in stages or drop hints and pieces of a story. This can be frustrating, but you can learn to decode things over time.

Don’t mistake his being guarded for something sinister. He’s not hiding anything or playing games. Cancer men avoid exposing too many feelings at one time or making themselves vulnerable.

Even in an established, close relationship, he may not always be as direct as you’d like.

Although in the early stages of dating a Cancer man, it might seem like he’s a bit secretive or extra careful about what he says, don’t take that badly. He may seem suspicious, but that’s just the way he is when around someone new.

Do resist giving him a taste of his own medicine, as that will destroy all trust between you and threaten your connection. Instead, make an effort to communicate with him honestly and fairly.

Remember that as you chat and get to know each other, it may sometimes feel like a one-way street. Like he gets to ask you questions and appreciates honest answers, but then only shares limited information in return.

Don’t ever be tempted to be fake or manipulate anything to speed this process up. The truth is, being honest will lead to more trust being built up, and a solid, meaningful relationship can bloom and grow.

We already covered the significance of physical communication for a Cancer man, and affection follows a similar path. A Cancer man’s behavior when in love is that of all human beings; he craves a close physical and emotional connection.

Cancer men respond best to slow burns. But, then, it’s those shared smiles at a private joke, the silent hug after a tough day, and the heart-shaped cake you home-baked for his birthday. These are the things that demonstrate affection, and he loves it.

Alongside these emotions, two other factors boost the all-important communication barometer; intimacy and sensuality.

Cancer men struggle to forge lasting connections under the covers without these in place, so focus on building that low-level affectionate behavior.

Romance, seduction, rose petals and all soppy things are what Cancer men enjoy, so don’t be shy about it. Rather than wasting time wondering how to text a Cancer man, just do it and make it a loving, affectionate message.

Cancer men may well have a sensitive personality shaped by being a water sign, but they can still act up sometimes. So if you spot signs a Cancer man is playing you, it’s best to tackle it directly.

Cancer men avoid being straight about complex topics. You will probably first realize something is wrong when he behaves strangely.

For example, he starts playing with his phone rather than paying you any attention. This kind of rude behavior is out of character, for sure.

Although Cancerians are known for disliking confrontations, they can’t just get away with everything. The most helpful way to communicate in sticky situations is calmly but directly. Try to avoid accusations, and blame; just keep it simple.

Sometimes direct communication with a Cancer man jolts him into being open and honest. He could, of course, have something else triggering his reactions.

Maybe he’s in trouble, upset, or in need of help, or perhaps he’s lost interest. Either way, you need to know the truth.

No matter how sensitive, nervous and shy he is much of the time, genuinely understanding a Cancer man means acknowledging his mean side too. After all, he is a crab and not always too calm to use those claws!

Approach with caution – communicate with care. That’s maybe the best way to respect his boundaries and avoid taking a Cancer man for granted.

We like to think that exercising caution creates a more respectful and more useful communication flow.

It’s pretty easy to overlook a Cancer man’s needs simply because he is naturally open, giving, and supportive. From there, you are only a tiny step away from taking advantage of a situation.

For the best possible communication with a Cancer male, be cautious and respectful. That should avoid the consequences of Cancers’ infamous mood swings.

One of the most effective ways to deal with a Cancer man’s weak communication skills is by developing your sixth sense – often called intuition.

If that’s something you don’t fully understand, that’s okay; it doesn’t involve psychic skills or talking to ghosts!

Intuition is all about picking up on unspoken facts or information. It’s that feeling when you sense something, like you know it, without being told.

So while being sensitive helps you read a situation using body language, intuition helps strengthen all forms of communication.

Cancer men are intuitive themselves, which is no surprise with the constant influence of an emotional Moon. This helps you as your Cancer man’s vibes will be strong and easier to tap into.

Be open to what your intuition picks up about him and use that information to guide your communication.

For example, texting rather than asking him something directly after you sense he’s struggling with direct communication at that moment.

Cancer men are often quite shy and emotional, which can make communication awkward. Even when he’s looking to make a personal connection with someone, this awkwardness can get in the way. This issue is definitely something it’s best to be aware of.

Communicating with a Cancer man is much easier if you adopt a sensitive approach. That means no sudden confrontations, even on happy topics, like love.

Remember, this guy will blush and lose his words when you smile and say hello, so take things easy.

Knowing how to compliment a Cancer man is also important. Rushing right in with a breezy comment could provoke an unexpected response. No matter how pleased he is inside, his sensitivity means he defaults to a kind of rude brush-off.

Direct praise can make him feel quite embarrassed, but don’t lose hope.

Getting flustered and tongue-tied are signs a Cancer man is serious about you. He just needs a softly-softly approach to help him get over the awkwardness his shyness brings on.

10 Cancer Man Negative TraitsCancer Man in Marriage: What Kind of Husband is He?
Hello, I'm Liz