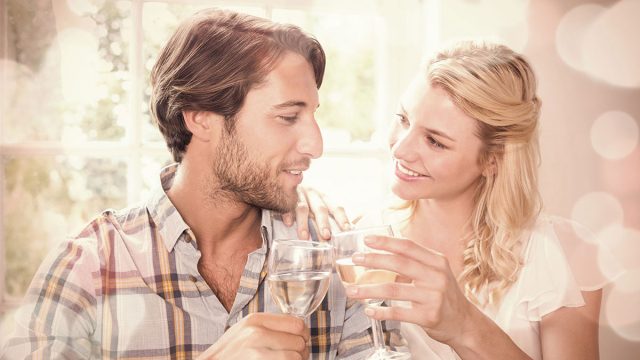 If you are a Cancer in any sort of relationship with another person of your same sign, you may wonder how strong the Cancer man and Cancer woman compatibility is.

Do two crabs make a perfect match together?

Since two people of the same sign naturally have so much in common, you might assume that Cancer and Cancer compatibility is off the charts.

But when two of the same zodiac sign come together, their similarities can either work in their favor or against them.

Two Cancers can use their mutual understanding and sensitivity to overcome any obstacles to make a nearly perfect pair.

Although they have the potential to get along perfectly, a Cancer man and Cancer woman friendship can also be terrible.

They are actually better suited as lovers than as friends, and often when a Cancer man and Cancer woman become close in friendship they will end up romantically entangled.

This pair is naturally drawn together by their similarities. They are both sweet, sensitive, and genuinely care about the other people around them.

They will be attracted to each other’s kind and reserved personalities and will sense that they are deeply understood by each other.

However, having a lot in common isn’t enough to guarantee compatibility and in fact, it can work against a Cancer and Cancer friendship.

A Cancer man and a Cancer woman will initially be drawn together by their similarities but might quickly find that since they want the same things, they can become competitive with each other.

But if a Cancer man and Cancer woman have the same goals, one can become resentful of the other if they are achieving their goals at different paces or scales.

Although they both understand how much the other person wants it, they also each think that the other should be more kind and generous and let them have it.

A Cancer man and a Cancer woman may also clash if they recognize the worst of their own behavior in each other.

For example, if a Cancer man sees a Cancer woman getting overly emotional or reactive, he could be triggered because he knows that he often acts the same way and dislikes it about himself.

The trait you most dislike in someone else is often the trait you dislike in yourself. Cancers are already prone to insecurity, and seeing their own flaws reflected in their Cancer friends can be difficult.

But overall, two Cancers will have a deep mutual understanding and appreciation for each other and should be compatible as friends.

In fact, a friendship between two people born under this sweet and loving sign will almost always lead to some sort of romantic involvement.

Because they have so much in common, sparks tend to fly right away when a Cancer man and a Cancer woman start dating.

In general, Cancers like to be friends with someone first before they feel comfortable enough to date them. They want to know they can trust the other person before letting their guard down and opening up emotionally and physically.

A Cancer woman knows how to keep a Cancer man hooked because she thinks the same way he does. She knows what a Cancer man likes and dislikes in a woman and naturally embodies his preferences perfectly.

A Cancer man will seem like a knight in shining armor to a Cancer woman, who has been waiting for someone as steadfast and adoring as she is.

When two Cancers form a romantic connection, it can feel like they are reading each others’ minds and have known each other their entire lives.

One of the best things about this pair is that they know they can completely trust each other.

Some signs like to play hard to get or make each other jealous to fan the flame of love, but Cancers crave security. They want to make their partners feel safe and loved at all times.

Cancers are generous and devoted to their partners, and when they date another Cancer they get a partner who is just as loyal and caring in a relationship as they are.

The problem with this pairing is that if they’re not careful, they can feed off of each others’ negative energy and create a never-ending cycle of drama.

Cancers are notoriously moody and they can also be quite sensitive. When one Cancer partner is in a bad mood, they may take it out on the other, who in turn could become emotional and upset.

If they go back and forth this way without making an effort to reign in their emotions or put the other person first, it can lead to a standoff where both Cancers feel wronged and hurt.

Further complicating the situation is the fact that Cancers hold onto grudges for a long time. When two Cancers in a relationship fight, neither wants to be the first to forgive and forget.

But in a good double Cancer relationship, both of them will consider the other person’s feelings and put them first instead of getting too wrapped up in their own emotions.

When a Cancer man and a Cancer woman commit to each other, the marriage will almost certainly last a lifetime.

They are both so faithful that it would take a great deal to break them apart, even if they fall out of love.

The problem they both have to watch out for is clinging onto a dead relationship for the sake of loyalty.

In their lives before marriage, they probably both experienced relationships that became toxic or unloving, but it still took far too long for them to leave.

It takes a long time for Cancers to open up and trust another person in a relationship, and once they are committed, they won’t want to let their partner down.

They will stay in a bad situation out of a sense of duty, so if a double Cancer marriage goes sour, neither one will want to be the person who walks away from the relationship.

One of the ways Cancer signs might show that the relationship isn’t working for them is by pushing their partner away.

They will behave terribly in an attempt to get their partner to leave them so they don’t have to be the one to end it.

If two Cancers in a marriage (or even just one) use this method to initiate a breakup, it can lead to a long period of heartache and pain before they’ve had enough.

Cancers are also quite romantic, so once they overcome the initial hurdle of winning trust, they may rush into a commitment like marriage.

If they haven’t worked out their issues before the wedding, they may discover incompatibilities after it’s too late.

But in general, their innate similarities and mutual love and respect for each other make a Cancer man and a Cancer woman soulmates.

They share many qualities that make them excellent partners for each other, and they will do anything to make each other feel safe and adored.

With a solid foundation, a double Cancer union is a love for the ages and their compatibility is unparallelled.

Text your Cancer ex-boyfriend to make him come back to you.

Having such similar needs and desires generally make a Cancer man and Cancer woman sexually compatible.

They both need to have an emotional and mental connection before they can truly enjoy sex, and sex is just as much a way of expressing intimacy as it is a physical craving.

A Cancer man and Cancer woman in bed together is an explosion of passion and romance. Sex to them isn’t just about satisfying their desires; it’s about taking care of their partner and making them feel treasured.

Cancers are quite affectionate, and they need physical touch and attention to feel secure in a relationship. Two Cancers will give each other all the hugs, cuddles, and kisses they could ever want and need.

What this couple needs to wary of is becoming too complacent or comfortable in bed together. Two Cancers together may find themselves sexually unfulfilled without understanding why.

Cancers love to stay home together and snuggle, and after the initial lustful phase of a relationship passes, they may find it hard to work up a sexual appetite or to be willing to push boundaries in the bedroom.

They will need to make a conscious effort to keep trying new things and keep their sex life exciting, otherwise, their once hot and passionate love-making may dwindle into a snuggle-fest.

They are also both so generous that they need to make sure that they are getting as much out of their sexual relationship as they are giving.

Often, Cancer signs will be so concentrated on pleasing their lovers that they don’t focus enough on their own enjoyment. Their selflessness can actually become a problem when it blocks them from feeling sexually fulfilled.

But if the two Cancers are equally suited to each other, both will make sure the other is sated and content.

This can even lead to an enjoyable competition of who can get the other off more times or as quickly as possible, which is a win-win for both people.

Two Cancers will feel safe together in bed, and they will both create a comfortable and loving environment for exploring their bodies and sexuality.