How do Cancer Men Show their Love and Affection 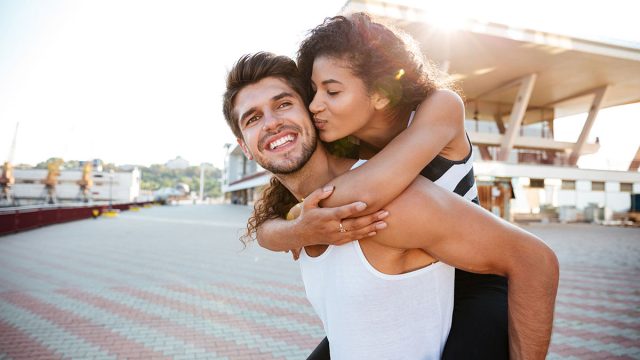 If you’re dating one, you should know that to a Cancer man, affection and physical touch is very important.

In fact, Cancer is one of the most loving and affectionate signs of the zodiac.

You should also know how to reciprocate to make him feel loved.

By looking to the typical Cancer man traits, you can get a better idea of how he shows his love and affection.

Each sign of the zodiac has a symbol, most of which are living creatures. The symbol of the Cancer sign is the crab.

Crabs are very protective of themselves, as evidenced by the hard shell they carry on their backs at all times to protect their soft bodies.

Cancers are naturally quite protective, both of themselves and their loved ones. If he shows signs of protection, even as small as making sure you’re wearing your seatbelt, it’s definitely one of the signs a Cancer man cares about you.

Not only will he protect you physically, but emotionally, as well. He will go out of his way to avoid hurting your feelings, and won’t let other people hurt you, either.

Discover the secret desires of a Cancer man. Watch this short video.

He Introduces You to His Friends

Cancers never take the people in their lives for granted. They are extremely close with their families, and they consider their good friends to be part of their families, too.

It’s important to a Cancer man that his significant other gets along with his friends. Although he will put his partner first, he is happiest when all of his loved ones are friends with each other.

A Cancer man often belongs to a core group of friends, and he loves when his romantic partner and his buddies can all get along and spend time together peacefully.

If he introduces you to his friends, it means he takes you seriously and wants to see if you connect with his crew. If he puts you before his friends, it’s a sign of a Cancer man madly in love.

When he tries to incorporate you into his group of friends, don’t take it as one of the signs a Cancer man doesn’t like you as more than a friend.

He is testing the chemistry between you and his chosen family, meaning he is interested in you romantically and wants to take the next step in your relationship.

He Introduces You to His Family

Cancer men are devoted to their families, especially their mothers. If you want to make a relationship with a Cancer man work, you’d better make an effort to connect with his mom.

Along with introducing you to his friends, a Cancer man shows his love by trying to integrate you into his family.

He wants to see how well you fit in with his tribe, and what they all think if you. His mother’s opinion is especially important to him.

If you marry a Cancer man, you will always have a family. Either his immediate family, his friends, or the family you create together is of the utmost importance to him.

His family is his priority, and by introducing you to his, he is showing a willingness to make you a part of his future.

He Talks About His Feelings

Each sign is connected to one of the four elements: earth, fire, air, or water. Water signs are particularly deep and emotional. Symbolized by the crab, Cancer is a water element sign.

Cancer men are quite emotional, but they don’t open up to just anyone. Because of the protective crab shell they use to defend their sensitive hearts, they don’t trust blindly.

If a Cancer man talks to you about his feelings, whether or not they have anything to do with you, it shows that he likes you enough to trust you and wants to deepen your connection.

In general, Cancers are very emotional and expressive of these emotions. A Cancer man isn’t afraid to let his guard down and cry in front of the people he loves.

Cancers can be jealous and possessive when they love someone. If they suspect another man is interested in his partner, a Cancer man will become resentful of that man.

He is also deeply hurt by an unfaithful partner, more so than many other signs. It will not, however, necessarily mean that he will terminate the relationship.

When a Cancer man gets jealous, take it as a sign of his love and affection for you. Assure him of your devotion and that he has nothing to worry about.

Don’t be offended or get defensive when your Cancer man gets jealous. Recognize it’s just a side effect of his feelings for you.

He Is Physically Affectionate

Different signs have different ways of showing their love. Some prefer to do tasks for their partners to show how much they care, some buy thoughtful gifts, and some use their words to show affection.

Some signs are more touchy-feely than others, and like to show their affection physically. To a Cancer man, cuddles, kisses, sex, hand-holding, and more are all physical signs of affection.

Cancer men are very touchy-feely, and they rarely shy away from public displays of affection. One of their love languages is definitely physical touch.

For some people, a Cancer man’s desire for affection can come off as needy or clingy. But if you love snuggling, making out, and PDA, a Cancer man could be the perfect match for you.

He Spends All of His Time with You

Another one of the love languages is quality time. A person who expresses their love through quality time will make special plans with their partner or want to spend as much time as they can together.

Cancer men want to do everything with their significant others. To a Cancer man, any activity is more enjoyable as long as the woman he loves is by his side.

One way that a Cancer man shows his love and affection is by planning activities to do and events to attend together. He’s the guy who will buy tickets to see your favorite band or book a salsa dancing class.

But a Cancer man in love not only wants to do special activities and dates with you, he also wants to be around you as much as possible. Even mundane chores like running errands are better when you’re together.

For a Cancer man, the perfect woman doesn’t need too much time alone or apart. When he loves someone, he wants to see that person as often as he can.

He Cooks For You

Each sign of the zodiac is connected to a particular body part. This body part is important to that sign as an area of pride and/or concern.

The body parts associated with the sign of Cancer are the chest, breast, and stomach. Because one of the ways to a Cancer man’s heart is through his stomach, he believes that cooking is a sign of affection.

When a Cancer man makes you a home-cooked meal, it’s one of the sure signs a Cancer man has feelings for you.

The sign of Cancer is in the fourth house, the house of family and home, making him a nurturer. He loves to take care of his loved ones, including by cooking for and feeding them.

Don’t be surprised if the Cancer man you’re dating wants to cook you a fabulous dinner and enjoy a bottle of wine together at home – it’s his idea of a perfect date and it shows he really cares about you.

He Spends Money on You

Cancers can be quite frugal with their money, so much so that others might call them stingy.

While Cancers are generous in many ways, they won’t spend their hard-earned cash on just anyone.

But when it comes to his lover, a Cancer man will spare no expense. His rent might be overdue, but he will still splurge on thoughtful gifts for his significant other to show how much he cares.

There’s no limit to the money he’ll spend on his partner. Whether it’s a sentimental card, a designer bag, plane tickets to vacation together, or even just help with bills, a Cancer man will gladly splurge on his lover.

He is There For You

A Cancer man is very devoted to his loved ones, including his friends, family, and significant other. He strives to be reliable and never let anyone down.

A Cancer man is a guy you can call in case of emergency, or even if you just need to talk. If he cares about you, he will show you by being dependable in every way.

When a Cancer man loves a woman, he will drop everything to be there for her. You could call him in the middle of the night crying, and he’ll jump out of bed to rush over and console you.

Unfortunately, sometimes a Cancer man’s reliability isn’t returned. If you’re dating a Cancer man, try to show your appreciation for him by being as dependable and steadfast as he is.

10 Key Tips to Getting a Cancer Man’s AttentionWhat to Do When Your Cancer Man is Angry?
Hello, I'm Liz