How To Beat An Aries Man At His Own Game 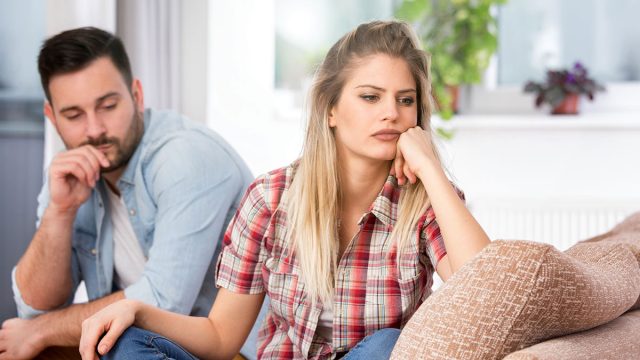 Learning how to beat an Aries man at his own game takes time and effort. Aries men are highly competitive, so they won’t back down!

Once you figure out how to get under his skin, beating your Aries man and coming out on top will be much easier.

Aries men love to play games. They can be direct and honest in some ways, but they’re also highly competitive. They love the chase, and they love pushing boundaries.

If your Aries man is playing games with you, don’t let it get to you. Instead, play with him right back! Don’t let him get under your skin or test your patience.

Compete with him. Bruise his ego a little bit, and don’t back down even if it seems like he’s winning. Show him you’re ambitious, bold, and confident enough to earn his respect.

Play Hard To Get

If you want a relationship with an Aries man, you must play hard to get. This is also the best way to gain control over him without him even realizing it.

Aries men like to feel like they are in control at all times. They want to chase after others and take the lead in a relationship.

If you’re purposely playing hard to get and that catches his eye, though, you are the one who has the upper hand. He might think he’s in control, but he’s falling right into your trap instead.

Playing hard to get is also a great way to make an Aries man obsessed with you. He might not even realize that you’re doing it on purpose to get his attention. He’ll try to chase after you because he can’t have you.

You’ve won when you’ve taken control and are dictating how he acts. You can beat an Aries man at his own game by making him chase after you. Make him work for what he wants.

If an Aries man disappears and comes back constantly, don’t let it bother you. Just keep living your life and show him how independent you are.

An Aries man may start taking you for granted if he knows you’re overly reliant on him. He’ll have no incentive to treat you well if he doesn’t need to do so to keep you around.

Be free and do your own thing. Show him that you are more than capable of handling yourself. Don’t get upset if he ditches you or disappears.

Instead of getting mad, get even! Do whatever you want. Make sure he knows that you’re having the time of your life and that you’re doing just fine without him.

If he knows you’re independent and free-spirited, your Aries man might rethink his actions. He’ll realize that he doesn’t deserve you and stop playing games.

If your Aries man is confusing you, don’t let him see that. Even if he’s getting under your skin, play it off. Do not back down or let him think that he’s won!

Aries men are incredibly competitive and often assume they’ve won an argument if someone gets upset or walks off. He doesn’t always need to be right. He needs to be the last one standing.

Refrain from letting your Aries man get what he wants. No matter how much he argues with you, keep your cool. Don’t get overly emotional. Remain calm, but don’t walk away or give any indication that you’ve given in.

This will get under your Aries man’s skin more than anything else. If he knows he can’t win simply by outlasting you, he’ll have to start making good points in the argument. If you’re calm and relaxed, he may become flustered and irritated.

Confidence is one of an Aries man’s turn-ons. You’ll be able to draw him in and gain the upper hand if you show off how bold and confident you are.

If your Aries man is acting poorly, don’t let it get to you. Do not let him lower your self-esteem with how he’s acting or what he says.

Aries men fight dirty sometimes. If your Aries man thinks he’s losing an argument, he might resort to insults or personal attacks. Don’t let that phase you at all!

Show him you know how great you are, regardless of his thoughts. Boldly express yourself and your opinions. If he insults you, just ignore him. You know the insults aren’t true, so why entertain them?

When your Aries man knows he can’t break your confidence, he might back down. He’ll have to concede and recognize that he’s lost to you when he realizes he can’t get under your skin.

Sometimes, an Aries man is playing games to prove he has the upper hand. If you want to beat him at his own game, you must compete and show him that he doesn’t.

Aries men play games with people sometimes just because they think they can win. They get joy out of being able to control others and love having the upper hand.

Do not let him control you! If he starts playing games, play them right back. If he starts a competition, don’t let him win without a fight!

Some Aries men play games or pick fights with people they think they can easily overcome to make themselves feel better when their self-esteem is low. Don’t let him use you this way. Fight back.

When an Aries man respects you, he’ll stop playing games. If you show him that you can match his energy, he’ll give up eventually and start being open and honest with you.

An Aries man’s personality can be incredibly arrogant. If you want to have the upper hand over your Aries man, you can’t feed his ego. Don’t let his arrogance get the best of both of you!

If it seems like your Aries man is fishing for compliments, don’t give them to him. Do not reward bad behavior.

An Aries man might try to break down your ego when playing games with you. Don’t let him do that! Turn his tricks right back on him and break down his ego instead.

When an Aries man realizes that you won’t put up with his arrogance, he might have to back down. If he can’t get you to feed his ego, and he can’t diminish your self-confidence either, he’ll have no reason to keep messing with you.

Your Aries man needs to earn compliments from you. Make that very clear to him! If he’s not doing anything worth praise, don’t give it to him.

Aries men play games for attention sometimes. Instead of giving him the attention he wants, show off and shift the focus onto you.

If you’ve had a major success lately, make sure everyone knows! Brag about it in group chats, talk about it at parties, or post about it online.

Show off your body, your mind, and your talents. Make it very clear to your Aries man that you’re the whole package and that he needs to stop playing games if he wants attention from you.

Aries men play games with women sometimes simply because they think they can. If you’re showing off, other people will take notice of you. You may even make your Aries man jealous if you’re more successful than he is!

Ambition is important if you want to beat an Aries man at his own game. You have to be willing to stick it out because he won’t give in easily.

It’s easy for Aries men to win the games they play because they have much more ambition and stamina than the people they generally mess with.

Show him that you’re just as ambitious as he is, if not more so. If you make beating him your goal and genuinely put all your energy into that goal, you’ll come out on top.

Your Aries man might see how ambitious and driven you are and back down. Sometimes, Aries men are looking for easy targets. They want a quick win. He’ll leave you alone if he knows he can’t win without working for it.

The best way to beat an Aries man’s hot and cold game is to play hot and cold right back at him! Don’t let him get the best of you.

Be flirty and affectionate with your Aries man one minute, then wholly detach from him the next. Keep him guessing. If he never knows what to expect from you, he won’t be able to gain the upper hand.

If your Aries man always seems confused or frustrated when you’re around, you’re getting the best of him. Your games have gotten under his skin, and he’s likely realized he won’t be able to pull one over on you.

Do Aries men love the chase? They do! By playing hot and cold, you’re making yourself seem more interesting to him. He’ll do exactly what you want without even realizing it if he never quite knows what you’re thinking.