What Attracts Pisces Men to a Woman? 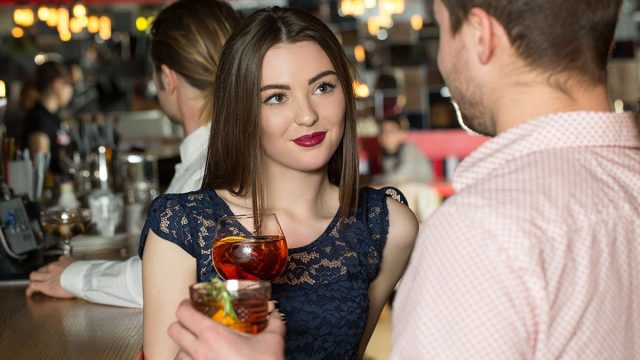 Whether you want to catch his eye or are planning your first date with him, you need to know how to attract a Pisces man.

What kind of woman does this zodiac sign find irresistible?

You can learn a lot about what a man looks for in a woman based on his zodiac sign.

His astrological sign can tell you his typical personality traits, his behaviors in love, and what he wants in a romantic partner.

By getting a better understanding of his sign, you will know exactly how to attract a Pisces man and how to show him you’re the one for him.

Pisces men are very imaginative and they usually work in a creative field or have a creative hobby.

A Pisces man likes a creative woman who can understand his vision and has her own artistic pursuits. If you want to attract a Pisces guy, you must appreciate his creativity and show him yours.

If you like to paint, play an instrument, or dance, these are skills that you should show your Pisces guy if you want him to chase you.

Post photos of your creative projects on your social media, ask him for his help with a song or a sketch, and take turns fueling each other’s creativity.

If you’re planning a date with a Pisces guy, suggest going to a concert or a couple’s painting class. This guarantees you will have a good time together while you get to know one another better.

Some signs are uncomfortable with emotions and don’t like sharing their feelings, but a Pisces guy always wears his heart on his sleeve.

Although he can be mysterious and aloof, you will never have to wonder how he is feeling because he is very open to talking about his emotions.

If you are wondering about how to get a Pisces man to like you, you need to show him your sensitive side.

Pay attention to his moods and try to cheer him up when he’s down. Let him talk about his feelings without judging or interrupting him.

If you need to have an uncomfortable conversation with your Pisces guy, be tactful and considerate. Choose your words carefully to avoid hurting him.

For example, if your Pisces partner snores and it keeps you up at night, don’t berate him and demand that he sleep on the couch.

Instead, tell him that you adore sleeping next to him, but he needs to get a white noise machine or some other solution to his snoring because you’re losing sleep.

When he sees how sensitive you are and how much you care about his feelings, your Pisces man won’t be able to help but be attracted to you.

Not only are Pisces men sensitive but they are also highly empathetic. They are in touch with their own feelings, but also with the feelings of others, especially their loved ones.

At times it may feel like your Pisces man is psychic because he knows what you’re thinking and feeling even before you do.

Pisces is a very spiritually gifted sign, and empathy is one of these gifts. A Pisces man craves a woman who is as empathetic as he is.

Rather than being cold and charging through life ignoring how others feel, you should show your Pisces guy how much you care.

If you see bad news on TV, don’t be afraid to let your Pisces man see your tears. He will understand because he is probably sobbing, too.

When your Pisces man is excited because he got a promotion at work, feel his joy like it’s your own and take him out to celebrate.

Besides empathy, another trait that attracts Pisces men is compassion. Pisces guys not only sense other people’s feelings but they also care deeply for others and want to help them.

A Pisces man knows that his purpose in life is to contribute to society and make the world a better place by being of service to others.

What attracts a Pisces man is a caring, compassionate woman who will work beside him towards positive change.

If you want to steal a Pisces man’s heart, offer to volunteer at a homeless shelter with him or walk the dogs at an animal rescue center.

When he sees how kind and selfless you are, it will make your Pisces guy attracted to you.

If you want to know how to make a Pisces man love you, you need to show him your true self.

Some signs are attracted to people who are stoic and put on a brave face at all times, but a Pisces man likes a woman who isn’t afraid to show her vulnerability.

In order for him to fall in love with you, he needs to know who you really are. He wants to know your secrets, fears, fantasies, and desires.

He is non-judgmental and uncritical, so there is nothing you could tell him that would scare him away. Open up your heart and soul to a Pisces man, and he will give you his in return.

Sometimes, your Pisces guy will need to isolate and avoid people for a while. When he secludes himself, don’t assume that this means you have an uninterested Pisces man.

If you want to attract him, you have to let a Pisces man chase you. He wants an independent woman that he has to work to impress, not someone desperate and clingy.

Pisces men tend to be introverted and need time alone to recharge. As much as they enjoy being surrounded by their loved ones, they get irritable and cranky if they can’t have any time to themselves.

When he wants to take a night to himself instead of going on a date with you, don’t think that it means your Pisces man is not interested in you anymore.

Show him that you understand and support him by making plans with your girlfriends instead, or having some time alone, too.

A Pisces man is nonjudgmental and he wants a partner who is as open-minded as he is. He wants to be able to share everything with his partner without fear of judgment or criticism.

To attract a Pisces guy, you need to be open-minded not just with him, but in general.

Don’t gossip or judge other people behind their backs. This makes you seem like a cruel, negative person and will only push your Pisces man away.

You should also be open to exploring new thoughts and abstract ideas. A Pisces guy loves talking about aliens, paranormal activity, ghosts, spirituality, and other intangible phenomena.

Instead of laughing at him or rejecting his ideas when your Pisces man wants to talk to you about these subjects, be an attentive listener and show him that your mind is open to new ways of thinking.

Although a Pisces guy can seem cold and aloof if you don’t know him well yet, he is always gracious and unfailingly polite.

It’s not so much that he cares what other people think and wants to show off his good manners, but a Pisces man cares about other people and doesn’t want to make them uncomfortable or hurt them by being rude.

If you want to know how to keep a Pisces man wanting you, make sure that you are always courteous. He is attracted to a woman with good manners and doesn’t like it when a woman is rude or crass.

Show him how respectful you can be by always saying thank you, offering to help others, and being a pleasant guest.

Your Pisces man will be proud to call you his if you are always polite and considerate.

Some signs like an androgynous woman. They like short hair, a boyish figure, and baggy clothes on a girl, but this look does not appeal to a Pisces guy.

He embraces innovative ideas and new ways of thinking, but he is conservative and traditional when it comes to clothing.

He wants to fulfill the typical masculine role in a relationship, and it makes him feel more manly when his partner dresses femininely.

If you are wondering what to wear on a first date with a Pisces man, choose an outfit that is feminine, flowy, and floral.

He will be attracted to you if you wear a beautiful dress or skirt that’s not too tight and is made of sensual fabrics.

He likes a bohemian, romantic style on women, so dress like you are going to a music festival or a bridal shower for your date.

If you want to know how to get a Pisces man to marry you, you need to show him that you can help him make decisions in life, no matter how great or small.

Pisces men suffer from self-doubt and they are also good at seeing all sides of an argument, which makes it hard for them to make any choices.

If you want to make your Pisces man needy for you, tell him he can always come to you with help making decisions.

Any time he needs to make a choice, sit down with him, and create a list of the pros and cons of each option.

Then, give him your opinion on what you think he should pick, without being too bossy or demanding.