What Attracts Libra Men to a Woman? 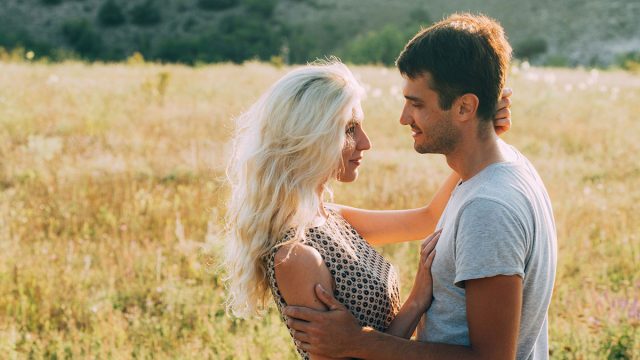 If you are a woman with your eye on a Libra guy, you are probably wondering how to attract a Libra man.

What qualities does a Libra man look for in a woman?

Does he want someone shy and demure, or outgoing and challenging? Does he want a significant other who is similar to him or completely different?

You can learn a lot about what a person looks for in a partner by examining their zodiac sign’s typical personality traits and psychological characteristics.

Understanding how your Libra man’s mind works will tell you everything you need to know about what attracts him to a woman.

A Libra guy wants a woman who is elegant and refined and can fit in anywhere from a five-star restaurant to a dive bar.

Libras are the social butterflies of the zodiac, so a Libra man needs a partner who is adaptable and will happily go to any social gathering with him and mingle with different types of people.

He is more attracted to a woman who is polite and reserved than someone outspoken and belligerent.

A Libra guy needs to know that he can take his partner anywhere and she won’t embarrass herself – or him – by acting rude or crass.

If you can rock a ball gown just as comfortably as a T-shirt and sweatpants, and you can carry yourself well in a variety of social circles, a Libra man will be attracted to you.

Each of the zodiac signs is governed by a heavenly body that reveals something significant about that sign’s personality. Libra is ruled by Venus, the planet of love and beauty.

While having Venus as their ruler makes the Libra personality gentle, loving, and compassionate, it can also be shallow, superficial, and judgmental.

A guy born under the Libra sign wants a woman who knows how to take care of herself and present herself to the world attractively.

You don’t have to be a natural beauty to attract this zodiac sign (although that certainly helps), but you do need to make an effort with your appearance and grooming to catch a Libra man’s eye.

When you know you are going to see your Libra guy, be sure that your hair, makeup, and outfit are impeccable. Be fresh, clean, and presentable, and spritz on a little perfume.

Libra men are attracted to women who are well put-together and well-dressed. Your Libra guy will be delighted to have you on his arm and show you off if you prove that you can present yourself well.

Even the most attractive and well-groomed woman in the room won’t catch a Libra man’s eye if she is lacking confidence.

To attract a man born under the Libra horoscope sign, you not only have to look good, but you also have to feel good about yourself.

One of the reasons why a Libra guy needs a self-confident partner is that he can be a bit of a flirt.

When he talks to other women, he can’t help but turn on the charm because he wants to put everyone at ease and make people like him.

This can rub some women the wrong way if they are insecure, but rest assured that no matter how much of a charmer he is with the ladies, a Libra man is faithful and devoted to his partner.

To attract a Libra man, you can’t get jealous or let it bother you when he mingles with other women in social settings.

If he’s dating you, your Libra guy is only interested in you, and you should know how special you are to him.

As a sign ruled by the planet of beauty, Libras naturally have a keen sense of aesthetics. They tend to be creative and skilled in a visually artistic field, such as painting, photography, or interior design.

A Libra man appreciates a creative woman, particularly if she is involved in the visual arts. He loves the way her mind works, and if he can see and relate to her art, it’s even more enjoyable for him.

Don’t be afraid to show off your creative side when you want to attract a Libra guy. Show him the art project you’ve been working on, the video you made, or the song you’ve been learning on the guitar.

He will be attracted to your confidence in your abilities and the unique intelligence behind your imagination.

Each astrological sign has a symbol that encapsulates the distinct characteristics of that sign. The Libra astrology sign is unique because it is the only one with an inanimate object for its symbol.

Libra is symbolized by the scales, which conveys how Libras are interested in justice and equality. This character trait can manifest in many ways, such as seeking revenge when they’ve been wronged to pursuing careers in the legal system.

But you don’t have to be a lawyer to attract a Libra guy (although he would love to hear all about your job if you do). You just have to show him that you are fair-minded and diplomatic.

Show him that you are interested in social justice by discussing the charitable causes you volunteer for or donate to. Talk about what’s going on with the world and how you have compassion for other people.

Your Libra guy will be attracted to you when he sees that you are invested in equality and can put yourself in another person’s shoes.

Libras are more prone to anxiety than many of the other zodiac signs, meaning a Libra guy seeks a partner who knows how to be a calming force in his life.

A Libra guy can let lots of little stressors build up until he gets so agitated that it’s hard for him to function. He craves a partner who will reassure him that everything is going to be okay.

You are sure to attract your Libra man if you can help him work through his problems calmly and rationally. Talk him through his troubles and help him weigh the pros and cons of the situation.

A Libra guy doesn’t like a dramatic, overly-emotional woman. If you want him to be attracted to you, try not to get worked up easily, and help him relax when he is anxious.

If you are wondering, “What kind of woman do Libra men like?” The answer is someone independent who doesn’t need a partner but still wants to be with him.

If a Libra guy senses that he is being used for his money, popularity, or anything else, he will become wary and distrustful.

To attract a Libra guy, prove to him that you want him, but you don’t need him. Let him know that you have a full and satisfying life when you’re single, you just want a partner to share it with.

Talk to him about your hopes and dreams for the future, your career ambitions, and your personal goals. He will be impressed by your aspirations and will find your determination very attractive.

Each zodiac sign belongs to one of four natural elements: earth, fire, air, or water. The twelve signs are divided equally amongst the four elements, meaning there are three signs per element.

Each element has a set of traits that apply to all of its signs. The Libra element is air, and air signs are typically very social and deeply invested in their relationships and friendships.

If you are going out with a Libra, dating usually involves hanging out in groups of people more often than spending time alone together.

If you want to attract a Libra guy, you not only need to be willing to socialize, you have to be good at it.

A Libra man isn’t a homebody and he doesn’t want to date a couch potato. He has excellent social skills and needs a partner with these abilities, too.

Because they are strong communicators and like to talk a lot, Libras need witty and intelligent partners who can engage them in mentally stimulating conversations.

A Libra guy is attracted to a woman who makes him think when he talks to her. Be sure to pick his brain and ask him lots of questions when you have a discussion.

Libra men don’t like ditzy girls or women who play dumb. They are much more attracted to bright and clever people who are educated and interesting.

If you are worried your intelligence will intimidate a Libra guy, don’t be afraid to show off your smarts. He wants an intelligent and witty woman he can talk to about anything.

Although Libra men like to flirt, they make faithful and loyal partners. Even if your Libra guy talks to lots of different women, he only has eyes for you.

A Libra man needs a partner who is as loyal as he is and trusts that his charming nature doesn’t mean he’s a cheater.

Don’t try to flirt with other men to make your Libra guy jealous, because he will see this behavior as disloyal rather than alluring.

Show him that you will stick by his side no matter what, and you are sure to attract a Libra man.

10 Easy Tips to Help You Date a Libra ManWhat Happens When a Libra Man is Upset?
Hello, I'm Liz